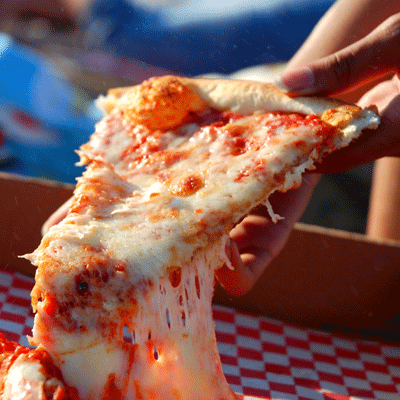 Unlike any other time in human history, the food manufacturing industry in the last half century has shaped the Western diet. The norm has become a diet of white flour, white sugar, high fat, high calorie and nutrient poor foods, but it is far from ideal.

Just thinking about the term ‘food manufacturing industry’ does not sound natural. Images of massive warehouses and chemicals come to mind rather than backyard gardens, fruit trees, small family farms, or your grandma’s kitchen with whole natural foods. Stepping away from tradition into high saturated fats and simple carbohydrates, Western diet and lifestyle is costing you and contributes to a decline in our country’s health.

Ongoing research shows us from a health perspective just how bad Western diets are to the human brain and metabolism. Worse yet, the diet creates a perpetual cycle of brain inflammation, obesity, metabolic syndrome, and loss of health.

Western Diet and Its Impact

High saturated fat and simple sugars repetitively consumed in the diet are detrimental. Most individuals realize that it isn’t a healthy diet, but at what cost? In recent years, considerable information and data has been analyzed on this topic. Two decades ago, it was realized that the Western diet increases the risk of seemingly unrelated concerns of Alzheimer’s disease, other cognitive dysfunction, and metabolic syndrome.

As scientists narrowed the focus down to the brain, a key recognition was how the Western diet damages the hippocampus. Very subtle damage starts and continues in the hippocampus or memory center of the brain with consumption of high fat and/or high sugar/simple carbohydrates. The first clue of damage is loss of ability to remember new information and trouble with spatial relationships or navigating to and from different places. Think of how many people now require GPS signaling because they have trouble following directions or get easily lost.

There were other things learned about how the diet harms the brain. Other functions of a healthy hippocampus include the ability to perceive hunger versus feeling satiated. When the hippocampus is impaired by the stress of the Western diet, the ability to feel satiated after a meal is compromised. As this happens, larger portion sizes are consumed beyond what is needed for the daily metabolic needs.

In addition, more subconscious signals are sent out between meals by the hippocampus to seek and gather food. In present day abundance, this leads to snacking and grazing behaviors. It becomes a vicious cycle of impaired satiety, brain injury, and dysfunctional metabolism. If the pattern doesn’t change, it turns into obesity, metabolic syndrome, brain inflammation and Alzheimer’s disease.

It is easy to think that what you eat today is good enough and what happens decades later with metabolism and brain health has nothing to do with your meals today. To the contrary, unhealthy foods cause subtle brain inflammation and other systemic effects. It becomes a cumulative insult unless something changes. It is critical to understand that scientists proved that the first signs of cognitive decline start 50 years or more before full blown onset of serious concerns like Alzheimer’s disease. Subtle damage from the Western diet consumed for years slowly erodes away at normal function as it provokes low-grade chronic inflammation, much like a smoldering fire waiting to erupt into flames.

With technological advances, scientists can measure what happens to the brain in just a few days of consuming the Western diet. One study placed 20 healthy volunteers on a high saturated fat Western diet for 7 days. Cognitive function, reaction time, and attention levels were measured. In just one week, participants’ test results showed impaired function in these perimeters.

Another study was with healthy young men who consumed a high saturated fat, low carbohydrate diet for 5 days. At the end of the study, measurable differences were seen with impaired attention, mood, and worsened short-term memory.

Another recent study evaluated healthy college students who were given breakfast which consisted of a breakfast sandwich and chocolate milkshake for four days. After just four meals, those who consumed the high fat, high sugar diet had increased blood sugar and triglycerides. They also experienced reduced sensitivity to hunger and feeling satisfied. This is just after four days! Expand this process to decades or a lifetime.

You can think of the impact of the Western diet like a micro-trauma acting as a repetitive dietary sprain/strain or concussion to the brain. Eventually, like repetitive sports concussions, the Western diet takes a toll on the brain and becomes an entwined vicious cycle. Evidence points to three central concerns that are affected by a high fat, high sugar diet which leads to damage in the hippocampus and other areas of the brain.

The three critical areas are brain inflammation, an altered blood brain barrier, and adverse changes to brain-derived neurotrophic factor (BDNF). The same three concerns are present in the development of Alzheimer’s disease, obesity, and metabolic syndrome.

It was also found that low protein diets caused similar brain stress and inflammation as did a high fat diet. Long-term repetitive dietary strain has been linked to cognitive deficits concern and it is a recognized cause of “age-related neurodegenerative disease”.

The blood brain barrier is supposed to be a selective semi-permeable barrier that surrounds the brain. It’s like a traffic cop selectively opening and closing private roads for special occasions. Certain things that are helpful get in and out easily while harmful things are blocked from entering.

BDNF or brain-derived neurotrophic factor promotes nerve cell survival, healthy maintenance, and growth of nerves in the brain. It is a critical compound for repair. The hippocampus contains a high amount of BDNF, but consumption of a high fat or high fat and sugar diet reduces the amount of BDNF in the tissues.

Likewise, the hormones leptin, grehlin, and insulin can no longer work well with high levels of brain inflammation. This contributes to the nasty cycle of metabolic syndrome, obesity, and neurodegeneration.

The research discussed above has focused primarily on the hippocampus, but scientists have found that damage extends to other regions of the brain. A recent study evaluated 147 participants ages 14 to 45 years. Several markers were evaluated with body mass index (BMI), impulse control, brain volume, and cognition. Results found that the brain was widely impacted with negative changes in impulse control and structure in the limbic, frontal cortex, and cerebellum in adolescent and adults with obesity with the Standard American Diet.

In 2018, an estimated 50 million people worldwide had dementia. The incidence of dementia is expected to triple by 2050. Major risk factors for dementia include mid-life obesity, mid-life hypertension, and diabetes. Other serious risk factors include the APOE4 gene alle and a family history of Alzheimer’s disease. The likelihood of serious dementia in later life has been linked with high levels of abdominal fat or central adiposity during middle age. In fact, a 2008 study in the journal Neurology, identified that central obesity in mid-life markedly increases the risk of dementia regardless of diabetes and heart disease. The combination of type 2 diabetes and Alzheimer’s disease is now referred to as type 3 diabetes or brain diabetes. The prestigious journal Lancet in 2011, estimated that if obesity statistics were reduced by 25 percent, 91,000 cases of Alzheimer’s disease could be prevented. The Western diet has driven the growth of these concerns.

Our society now sees concerns with increasing number of adults with a gamut of memory concerns, mental fatigue, and declining cognitive skills along with obesity and metabolic syndrome. The needs of the individuals and the effect on the economy are staggering as health declines. Youth today also experience obesity, type 2 diabetes, increased learning and cognitive challenges and mood disorders because of the Western diet effects.

Contrary to marketing that states a certain candy bar or a grab-n-go snack will make you feel satisfied, the brain and body need quality, nutrient dense foods. Subsisting on high caffeine, energy drinks and other manufactured foods to help mental alertness and productivity reflects a definite health challenge. Imagine what would happen if Ramen noodles, Cheezits, a burger and fries, and instant mac and cheese were substituted for healthy foods in our youth and young adults.

The food that we eat every day makes a difference. If every meal of high fat, high sugar, and low nutrient content causes an oxidative stress blow to the brain, decreases BDNF, punches holes in the blood brain barrier, and creates more brain inflammation, it is a losing combination. The more times that you choose to consume a nutrient poor, calorie rich diet, the more times you bruise and batter your brain. It is food-induced repetitive micro-concussion.

Feed Your Brain to Help Brain Vitality and Metabolism

Your brain needs nutrient dense foods for its building blocks and day-to-day functions. These include omega-3 fish oils (DHA/EPA), other essential fatty acids like GLA and phosphatidylserine. Quality proteins provide necessary amino acids for neurotransmitters, hormone production and function, energy and mitochondria. Antioxidants, phytonutrients, vitamins, minerals, and fiber are required from fruits and vegetables, complex grains and legumes. A healthy diet can be accomplished even with a limited income. Make sure to following the five fundamental rules of the Leptin Diet. Meal timing is just as important as content.

Our society faces numerous challenges to brain health that we may not be able to immediately change, influence, or even recognize. Global Round-up/glyphosate exposure, EMF and the incoming 5G wireless, traumas and infections are modern challenges to the brain. Sedentary lifestyles, altered circadian rhythms from light exposure and night shifts, C-section versus vaginal delivery, breast feeding or formula fed, exposure to endocrine disrupting compounds plastics, petroleum products, fire retardants, and more set the stage for challenges that lead to obesity and also affect the brain. The reality is every morsel of food that you eat every single day affects your brain.

If you watch any of the old movies or television shows from the 1970’s and earlier, you will see many differences in people. You can see the changes in physiology, mental and physical agility, cosmetic appearances, temperaments and attitude. It is not a simple cultural or genetic change. (Genes do not change that fast). The obesity epidemic, diabetes/metabolic syndrome, and neurodegenerative disorders happening to youth and adults across the US and other countries reflect the inability of the Western diet to meet the innate needs of the body. The result is a body and mind that is changed over time. What you and your child consume every day, day-in and day-out makes a difference. Is your next meal another repetitive brain sprain or is it helpful and nourishing?

Additional information may be found with these articles.

Are Food Cravings and Excess Food Consumption a Sign of Brain Damage?