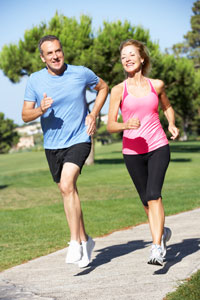 Science now reveals that the foreign contents within your digestive tract play a dramatic role in your energy level, metabolic function, body weight, and cardiovascular health. While it is not the only causative factor involved in obesity and the metabolic syndrome, it is a significant contributing factor for virtually any overweight person – especially someone who has difficulty losing weight and keeping it off.

Researchers at Emory University School of Medicine1 studied a mouse engineered to lack an important gene signal, Toll-like receptor 5 (TLR5), which helps recognize self-propelling bacteria. The lack of this gene signal caused the mouse to have an excessive appetite (eating 10% more than normal), develop insulin resistance, have high blood pressure, have elevated levels of cholesterol and triglycerides, develop fatty liver disease, and become 20% heavier than normal mice. In short, the mouse developed metabolic syndrome, an epidemic in America. The mouse was also at higher risk for developing ulcerative colitis and Crohn's disease.

Researchers determined that the flora content, or microbiota of the intestinal tract was the source of the problem. Because the mouse lacks TLR5, the wrong type of bacteria overgrow in the stomach. Interestingly, when the researchers transferred the overgrown bacteria to normal mice they also developed metabolic syndrome abnormalities. This overgrowth of bacteria fueled obesity and triggered inappropriate food cravings in the mice. The mice did not get fat when food was restricted, yet insulin resistance persisted (a prerequisite to type II diabetes).

While over a thousand different kinds of bacteria naturally populate the digestive tract, there are two main classes: Firmicutes and Bacteroidetes. TLR5 mice have abnormal Firmicute populations, which cause the problem.

"It has been assumed that the obesity epidemic in the developed world is driven by an increasingly sedentary lifestyle and the abundance of low-cost high-calorie foods," says senior author Andrew Gewirtz, PhD, associate professor of pathology and laboratory medicine at Emory University School of Medicine. "However, our results suggest that excess caloric consumption is not only a result of undisciplined eating, but that intestinal bacteria contribute to changes in appetite and metabolism."

Earlier Research on Firmicutes and Bacteroidetes


The famous mouse that makes no leptin hormone, the ob/ob mouse, eats endlessly and becomes extremely obese. This mouse has a 50% reduction in Bacteroidetes2 and a proportional increase in Firmicutes. This means that the condition of obesity itself contributes to an excess number of Firmicutes.

Through a variety of experiments with genetically altered mice, scientists now believe that excessive populations of the wrong type of Firmicutes activate enzymes that promote the storage of fat in fat cells (adipocytes). This means that activity in the gut has a direct impact on where calories go in the body.

Firmicutes are gram positive bacteria, many of which are friendly and essential to human digestion, such as Lactobacillus. On the other side of the Firmicute coin are members of the Streptococcus and Clostridium families, which are responsible for many infections.


In 2010, Chinese researchers3 released a report on 3.3 million microbial genes obtained from the fecal samples of 124 individuals from Denmark and Spain. The gene set is 150 times larger than the entire human genome. Over 99% of the genes are bacterial, indicating between 1,000 and 1,150 prevalent bacterial species. Each individual has at least 160 species, which are also largely shared. This is the first catalog of organisms found in the human digestive tract.

Wang and colleagues in China are working on a similar 120-sample study in Chinese hospitals. “There are four groups: obese diabetics, obese non-diabetics, lean diabetics and lean non-diabetics. And we found some interesting bugs related to each type of diabetes,” Wang said.

In other words, gene signals arising from populations of gut bacteria have a direct interaction with human metabolism – a dramatic finding.

Another aspect of this problem is that bacteria produce an endotoxin from the shedding of their cell wall called lipopolysaccharide (LPS). LPS is a commonly studied compound, as it reliably induces inflammation. Researchers have found that gut-derived bacterial LPS enters the bloodstream and directly triggers insulin resistance4, especially liver-related insulin resistance that typically accompanies type II diabetes. Furthermore, a chronic high-fat diet for four weeks raises LPS two to three times normal levels. It is also documented in obese women5 that LPS activates inflammation, setting the stage for metabolic disease.

It has been demonstrated in overweight and obese children7 that a lack of friendly flora and an excess number of the Firmicute Staphylococcus aureus are common findings.

Overweight women are known to have imbalanced microbiota with excess numbers of Firmicutes8 in the Clostridium and Staphylococcus families. This problem is aggravated during pregnancy when the mother's immune system is down-regulated so as not to reject the fetus, leading to excessive weight gain during pregnancy. Furthermore, the mother's microbiota pattern is typically passed to the child. Interestingly, women given friendly flora probiotic supplements in the first trimester of pregnancy9 had less abdominal fat one year after pregnancy.

Another study shows that probiotics inhibit the gram negative bacteria H. pylori10 and stop it from producing the toxic LPS that interferes with human metabolism.

Collectively, these studies show a clear path from the overgrowth of the wrong digestive bacteria to the creation of leptin-resistant and insulin-resistant obesity, which eventually leads to increased risk for type II diabetes and heart disease.

While killing Firmicutes with antibiotics does lessen the metabolic problems of TLR5-lacking mice, this would only encourage regrowth of equally bad if not worse Firmicutes in humans, while also encouraging the overgrowth of another anti-metabolic population, candida albicans, making the societal problem of antibiotic resistance and new superbugs even worse.

It is always important to address the underlying cause of any digestive problem, not just cover it up with antacids that further induce undesirable bacterial overgrowth by reducing our front line of defense (stomach acid). Improving the digestive tract can also have a significant impact on metabolism, weight management, and cardiovascular health.