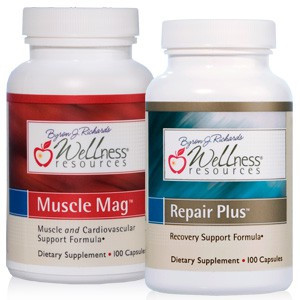 Fibromyalgia essentially means that your muscles hurt too much, you have too much fatigue, you don't sleep well, you run out of gas and start hurting doing what many others consider normal activity, you have very poor stress tolerance, and your nerves feel wound up like a cat on a hot tin roof. Your ability to exercise and get a good response to exercise is typically impaired and the less exercise you do the worse you tend to feel (a nasty catch 22).

Fibromyalgia is usually triggered by some form of overload. This could be an accident, injury (especially whiplash car injury), illness, acute trauma, prolonged ongoing stress, pregnancy, etc. Previous earlier life traumas of one type or another increase the risk that a current stressor could set off the collection of issues referred to as fibromyalgia. Regardless of what triggered fibromyalgia in the first place it becomes its own set of self perpetuating circumstances that have the common theme that systems in your body that generally bounce back to normal function with a good nights sleep (called homeostasis) dont bounce back so well any more and stay stuck in a rut of poor function.

Bad fibromyalgia feels much like your body has been run over by a Mack truck after four or five days of fighting the flu except you have these feelings even though you aren't sick with the flu. It feels like you ran a marathon, except you didn't. Some people have very mild fibro symptoms and others have significant difficulty making it through the day. Symptoms ebb and flow on various days; but the person with fibro knows that a major power outage with accompanying muscle pain can set in at almost any time from even doing just too much normal activity.

I remember back in 1990 when the American College of Rheumatology first defined fibromyalgia as widespread body pain lasting at least 3 months with 11 of 18 tender points sore. Prior to this time the very same patients were told that their problems were all mental and to take antidepressants. Such callous disregard for what patients were telling their doctors became politically incorrect and so a label of fibromyalgia became the new wastebasket diagnosis for just about anyone when no true disease that could be treated was found. This convenient description of symptoms continues to this day, and doctors still prescribe antidepressants, anti-anxiety medications, sleeping pills, and pain pills in an effort to assist those in need.

Back before 1990 those of us in the natural health field called the very same people the walking wounded. Ive spent years helping thousands of such people improve the structure and function of their muscles, nerves, and natural detoxification systems. The use of nutrition in this context is not the treatment of a disease or even a prevention of a disease. It does not replace medical care. It does not replace physical therapy, exercise, massage, counseling, body work, or any other therapy or assistance that a person may employ to help them improve their situation. Rather, nutrition is a tool that can be used to nourish important systems in your body to help them work as best they can nothing more nothing less.*

I view health as a continuum from perfectly healthy down various shades of grey to lessened fitness in structure or function. My goal for anyone is to help them maintain and improve the structure and function of their body. Individuals in the walking wounded category often need to improve their diets, their lifestyles, their stress management skills, various medical problems, etc. For any person trying to make improvements their overall approach is to have a team in place that helps them improve and nutrition is simply one helpful tool in the overall toolbox.*

We all take many things about how our bodies work for granted until they start not working so well. Individuals with fibromyalgia need to learn a great deal about nutrition and body function yet they often dont have enough energy to study for very long. Don't be discouraged just get started. Learn more as you have the energy to do so.*

In the following sections, I will discuss the most common nutritional supplements most often used. It is generally a good idea to get various aspects of health working a bit better at the same time to turn around your health trend and get on the path to improvement.*