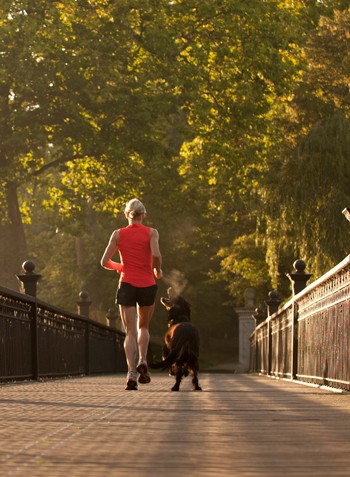 The hormone leptin was discovered more than 20 years ago. Since that time, a tremendous amount of information has been discovered about leptin and its many effects. Leptin is still at the forefront of metabolic health, but it is far more than that. As scientists unearth leptin’s role in other areas, we find that it is intimately involved with inflammation, especially autoimmune inflammation.

Too much leptin, leptin resistance, and even too little leptin greatly affects the immune system and more. In a modern world that often offers high calorie, nutrient poor diets with grazing and disrupted schedules that impact leptin, there is no doubt that this has contributed to the epidemic levels of obesity. Increasing evidence shows that high leptin levels impact autoimmune disorders and even the obesity-cancer connection. Mastering leptin is still at the forefront of daily health.

The Role of Leptin

Leptin is a hormone, or adipokine, produced by fat cells. Leptin is also found in smaller amounts in the brain (hypothalamus, pituitary), stomach and intestines, skeletal muscle, breast tissue, cartilage and bone cells, placenta, and immune cells. Leptin was initially considered an anti-obesity hormone, but it influences the formation of all types of blood cells (hematopoiesis), heat and energy production (thermogenesis), reproduction, new blood vessel formation (angiogenesis), and most importantly, immune homeostasis.

In addition to being a hormone, leptin is also a cytokine, an immune compound capable of immune responses and inflammation. It is directly involved with the interplay between metabolism and inflammatory responses. This is seen as an almost circuitous loop as fat cells produce leptin which assists in the secretion of proinflammatory cytokines like TNF-a, IL-1, and IL-6 and others. In turn, these and other cytokines promote release of leptin from fat cells, which can create a cyclical response. With higher body mass index (BMI) as in obesity, increased leptin leads to increased inflammation.

Elevated leptin levels are seen in the brain with Alzheimer’s disease. In this case, it is thought that leptin receptor sites are damaged from the brain tangles from the disease process. This is thought to interfere with the normal leptin signaling pathway and create a different type of leptin resistance.

Leptin is directly involved with immune balance and homeostasis as it talks directly to the thymus gland and is essential for the thymus gland to mature. Here are some basic things that leptin is known to influence in the immune system. Leptin promotes T cell activation and can shift the body towards a Th1 dominant response while suppressing Th2 immune balance. It also affects the production of natural killer cells. Several of the disorders listed above are considered Th1 dominant disorders.

Chronically elevated leptin changes natural killer cell function in the body. Natural killer cells are innate immune cells that are essential to immune defense. Their primary purpose is to kill tumor cells and virus-infected cells. When natural killer (NK) cell function is impaired from elevated leptin, the total number of NK cells decrease and tumor cell killing capacity becomes compromised. Researchers suspect that this may be one reason for increased cancer susceptibility in obese individuals.

Researchers are still trying to figure out how to manage leptin with drugs in order to block, modulate, or make more leptin hormone. There is, however, a natural way to help modulate leptin. Several resources exist. Here are some recent studies describing natural support for leptin modulation.

Leptin and autoimmunity research is a fascinating topic and one that will be explored for years to come. This article only scratches the surface of the topic, but it gives important clues. Leptin’s effect on the immune system is profound. When it fails to be in balance, then the propensity is to develop significant dysregulation, chronic low-grade inflammation, degenerative disease and autoimmune disorders. Autoimmune disorders and obesity statistics has increased dramatically in the last few decades. There are many additional reasons for this, but clearly leptin is integral.

We must have a healthy dietary lifestyle with nutrient-dense foods, not calorie-rich foods and appropriate meal timing as per the Five Rules of The Leptin Diet. We must find ways to reduce inflammation to stop the vicious cycle of fat cells releasing leptin that directs release of more cytokines which increases inflammation. Nutrients like green tea extract, panax ginseng, ashwagandha, curcumin, DHA and berries (cranberries, bilberry, etc.) help interrupt this process. Melatonin coupled with these nutrients may add another layer of support for autoimmune dysregulation. Many other nutrients help support leptin and reduce inflammation as well.

Rebalancing leptin and turning off inflammation has many different layers of needs and necessary support. When it is out of balance, it is like turning a ship around. It takes time, effort, and work, but it can be done. If the ship is not turned around when in a storm, then it becomes a task of managing the storm damage and trying to prevent the ship from sinking. Are you the captain of your leptin-autoimmune ship?