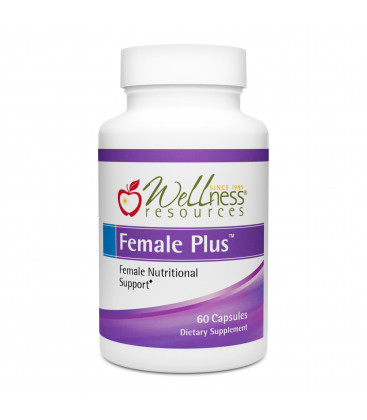 Female Plus™ is an excellent nutritional supplement for women. It helps smooth out hormonal rhythms and is supportive of the menstrual cycle or menopause. It works by naturally supporting the adrenal system, the foundation for female hormonal health.*

Female Plus™ is our most popular nutrient support to help naturally balance female hormones.* It supports the synergistic function of the brain, adrenals, and ovaries.* It does not contain phytoestrogenic herbs (soy, black cohosh, red clover, etc.), which are often as confusing to the female system as possibly helpful. Female Plus is unique amongst all female supplements on the market. It is designed to modulate function of the hypothalamus gland and support adrenal energy production, the foundation systems upon which female hormones operate.* This is a natural way of providing energy to the female system to help support your body to carry on its own routine regulation processes.*

Female Plus may be used by menstruating women of any age as well as during and following menopause. Female Plus is synergistic with many other Wellness Resources supplements that assist energy production, and is often combined with Daily Energy Multiple Vitamin™, Super Coenzyme B Complex, Blood Booster™, Pantethine, and/or Super CoQ10 towards the goal of finding a combination of nutritional support that smoothly sustains energy production during the day.* It may be combined with RelaxaMag™, Coral Calcium, and/or Melatonin to help restful sleep.*

Chasteberry, or Vitex, is a Mediterranean herb that has been in traditional use for centuries to help women with a wide array of issues relating to menstruation.* It also helps modulate prolactin, an important hormone that needs to stay at optimal levels for female health.* It is believed to promote its normalizing effect on female hormones by modulating the hypothalamus brain signal luteinizing hormone (LH), in turn supporting natural levels of progesterone synthesis.* This may help correct the gap between estrogen and progesterone, a common imbalance issue.* The herb is also in widespread common use to help modulate hot flashes.*

Inosine is formed when a purine (hydrogen bonding compounds widely occurring in meat as well as plants) is bound to ribose, an energy (ATP) enhancing sugar. Inosine helps facilitate energy production and other cellular activities.* Since our bodies readily make inosine, we do not normally need extra. However, hot flashes can be viewed as a temporary strain in energy systems in an effort to regulate the female system. In such circumstances a supply of a fast-acting energy nutrient may be helpful.* Thus, since the early 1990s, inosine has been in common use by a number of nutritionists for this purpose, though no human studies have been done.*

Each year the Japanese make 7,500 tons of Gamma Oryzanol from rice bran oil. In Japan it is a common nutrient used to assist women during menopause.* It also supports the health of the lining in the stomach as well as natural cholesterol metabolism.* Gamma Oryzanol assists the natural production of beta-endorphins in the hypothalamus gland (the runner's high feeling), helping stressed nerves calm down and assisting them to maintain better composure in their efforts to naturally regulate function in the body.*

Indole-3-Carbinol (I3C) is the active component of cruciferous vegetables (broccoli, cauliflower, cabbage, and Brussels sprouts). Our I3C is extracted from cabbage (brassica olereca). It is supportive of healthy estrogen metabolism (also see Preventer Plus).*

Coenzyme Vitamin B6 (25 mg per capsule) is a key vitamin in the metabolism of proteins (including neurotransmitters that help mood) and hormones.* Many human studies support the use of vitamin B6 to help promote healthy menstruation.*

DHEA is the most abundant adrenal hormone in the human body. A possible problem with supplemental DHEA for women is that it can raise estrogen and testosterone, which may have undesirable side effects. This problem has been solved by a patented metabolite of DHEA called 7-Keto™. Tests show it does not convert to estrogen or testosterone, yet supports energetic metabolism involved with weight management and thyroid function.*

Female Plus™ is a combination of nutrients designed to support the underlying energetic platform upon which female hormone metabolism takes place.* The most common dose of Female Plus™ is 1-2 capsules a day. Take one in the morning and 1 at dinner or bed, if desired. 1-2 capsules up to three times a day are sometimes useful during times of increased need.*

Directions: Take 1 capsule, up to 3 times per day. 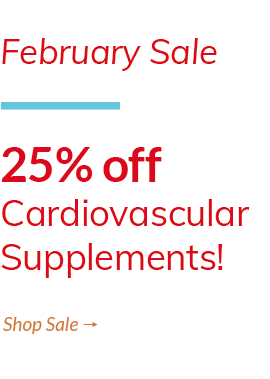