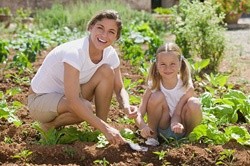 Our brains are not bouncing back like they used to. Neurological injury and disease are on the rise. We are experiencing a marked increase in the incidence of sports related concussions despite decreased participation in these sports. Minor concussions or repetitive subconcussive impacts that used to heal in 3-7 days now wreak havoc for weeks and months. Researchers delving into this complex topic have determined that many with slow recovery from concussions had other depleting factors prior to the event. They have coined this deficit– Diminished Brain Resiliency Syndrome.

W. A. Morley and S. Seneff in the June 2014 journal Surgery Neurological International wrote a powerful, expose describing the link with modern day poor brain health and increased susceptibility to concussion, mild brain trauma, and consequential neurodegeneration. The researchers pointed out several factors that show a compelling parallel trend with the disproportionate increase in concussions and neurological disorders compared to 10 years ago. These factors demonstrate an insidious role in reducing brain health and resiliency. The concepts presented by the authors are eye opening and must not be dismissed.

One of the biggest factors is genetically modified foods (GMOs) and the use of pesticides, herbicides, and fungicides. These chemical exposures activate our brain’s microglial cells into a state of heightened awareness. The priming causes a hyper-vigilant response to subsequent brain insults even if it is a very mild trigger. This creates the down hill cascade of increased brain injury and decreased resiliency.

The most problematic concern is with Monsanto’s Roundup and its active ingredient glyphosate. Roundup use has increased by an unbelievable 6504% from 1991 to 2010. Foods that contain this compound are GMO corn, soy, alfalfa, canola oil, sugar beets, cottonseed oil, and crops such as wheat and sugar cane that are desiccated prior to harvest. This also pertains to food animals that consume these products.

A significant reason why this problem occurs is because glyphosate changes healthy, human gut bacteria function. It drastically alters the gut microbiome and predisposes towards non-beneficial bacteria, e.g. Clostridium and Salmonella and yeast overgrowth. In addition, glyphosate strip the plants of nutrients, i.e. nutrients that we need to function and survive. Researchers have identified several nutrients that are markedly reduced in plants treated with Monsanto’s Roundup. These include tryptophan, tyrosine, phenylalanine, serine, glycine, methionine, calcium, magnesium, iron, and manganese. These nutrients are heavily involved with neurotransmitter formation, immune function, inflammation regulation, detoxification, thyroid, bone health, and more.

Vitamin D and cholesterol are needed to protect the gel-like nature of the brain and allow proper electrical activity. These compounds are activated into sulfate forms from sunshine exposure. Sunscreen stops this process of activating vitamin D and cholesterol. This leads to increased weakness in brain structure and higher vulnerability to sudden and repetitive impact.

Think of how many children have grown up with sunscreen use from infancy that now play sports and have neurological concerns. Add in the exposure to the weed-control chemicals put on lawns and playground. All which prime the microglial cells to hyperactivity. Combine that with subconcussive hits from playing soccer and you wonder what is wrong with your child or you.

Any one of these nutrient deficiencies or the exposure to GMOs changes the brain. However, most of these factors are often present together. This creates a powerful, insidious risk of neurodegeneration. Roundup entered the market in 1974. Forty years later, researchers are decisively reporting on its negative long-term effect on brain health. Hopefully you as the consumer are far more proactive in changing food choices. Choose organic, non-GMO foods. Replenish your intake of foods or supplements rich in DHA, zinc, and magnesium, along with flavonoids and antioxidants (blueberries, fisetin, quercetin, resveratrol, curcumin, grapeseed extract, carotenoid family, etc.) that protect the brain. Don’t wait any longer. The writing is on the wall with the marked statistical increase in concussions, neurological, autoimmune, behavioral disorders, and Alzheimer’s. By the time Alzheimer’s is diagnosed, it is too late. Don’t become part of the trend.