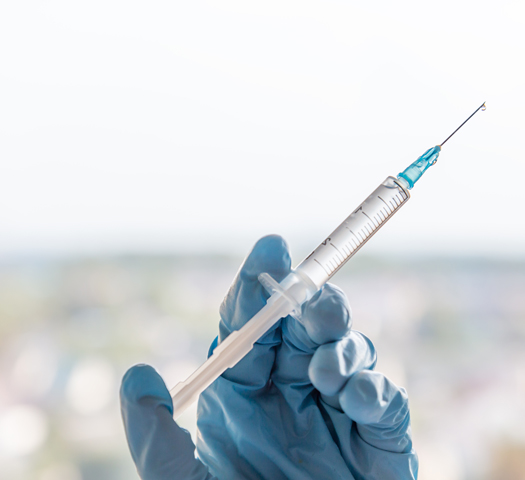 The cry for mandatory vaccinations due to recent measles outbreaks has caused major sparks. It has spawned lawsuits and public outcry from citizens in support of and against vaccinations. At the same time, depression levels continue to rise and affect more individuals. In addition, viruses that were once thought dormant are now recognized causes of depression. These are real concerns that require a different viewpoint. Recent research shows us that there is more to the picture with the measles virus, vaccinations, other viruses, and depression.

Reduced Immunity to Measles in Adults with Depression

“Reduced immunity to measles in adults with major depressive disorder” is the title of the January 2019 article published in the journal Psychological Medicine. The purpose of the study was to test the hypothesis to see if vaccinations received as a child were associated with mood disorders and compromised immunity to measles in adult life. In this study, adults were divided into three groups: those with current major depression, those with a past history of major depression, and the control group who had no depression concerns. All participants were born after 1963, which is after the introduction of the measles vaccination in the United States.

Blood samples were taken to measure IgG antibodies to measles. Results showed that both groups with either a current or past history of major depression had lower IgG titers against the measles virus. Even though the participants had been vaccinated against measles, they were found to have an increased risk of infection from measles. The authors concluded that “major depression disorder may increase the risk and severity of infection possibly because of the impaired maintenance of vaccine-related protection from measles”.

IgG is a special protein or immunoglobulin produced by the immune system to help fight bacteria, viruses and other germs. There are five major types of immunoglobulins (Ig), which are IgA, IgG, IgM, IgD, and IgE. Of these five immunoglobulins, IgG is the most common. IgG can be broken further into four subtypes. If any one of these IgG subtypes (IgG1, IgG2, IgG3, and IgG4) is lacking, then you are more likely to have repeated infections.

Infections may be repeated sinus, ear, upper respiratory, gastrointestinal, and infections that result in a sore throat more so than compared to other individuals. The cause(s) for the deficiency is thought to be related with genetics and other unknown factors.

In the study cited above, it was found that individuals with an IgG deficiency and had a history of major depression, were at higher risk of measles infection, despite vaccinations. A poor response to vaccinations may also occur with the flu shot, pneumonia shot or other vaccinations. The study described above provokes a lot of thought as it shows that there is more to the measles outbreak than international travel and unvaccinated individuals. Impaired maintenance of vaccine-related protection is not discussed in the news, yet it is a reality that may affect many.

In addition to the measles and depression study, a small but increasing number of studies suggest a link with mood disorders and viral infections. Medical research has identified that some infections in infancy and early childhood are linked with neuroinflammation or low-grade nervous system inflammation and the development of mood disorders later in life. The studies certainly move the focus of mood concerns well away from the outdated viewpoints that depression is due to a simple neurotransmitter deficiency.

One recent study in the journal Psychiatry Research identified common viruses associated with the depression. This research showed that exposure to herpes simplex virus type 2 (HSV-2) and possibly cytomegalovirus (CMV) is connected with depression. Individuals who tested positive or had higher IgG titres for HSV-2 and CMV had a higher likelihood of depression. In this scenario, IgG is elevated, which is different than the measles and depression article.

Active Viruses Reside in Brain and Linked with Depression

Another eye-opening study demonstrated even more powerful molecular evidence of active infections and mood disorders. The study published in August 2019 Frontiers in Microbiology journal evaluated post-mortem tissue samples of the human brain. The samples were obtained from individuals who had bipolar disorder, schizophrenia, or major depression, as well as healthy controls. Sophisticated testing was used looking at DNA qPCR testing, immunoflorescence and other methods.

Results were striking and turn the traditional thinking about depression upside down. Active infections were found in the brain tissue (cerebellum) in those diagnosed with bipolar depression and major depression disorders. The viruses identified were Human Herpes Virus-6A and 6B or HHV-6A and HHV-6B. The viral infections were located in the Purkinje nerve cells within the cerebellum.

Several things were seen upon exam and analysis. Tissue samples revealed that Purkinje cells were smaller in response to the herpes infection in the brain tissue. There were also changes in genetic expression and higher levels of inflammation within the cerebellum. The concluding statement, “Our results provide molecular evidence to support a role for active HHV-6A and HHV-6B infection in bipolar disorder and major depressive disorder.”

HHV-6A and HHV-6B are two distinct viruses which are part of the herpes family of viruses. The viruses usually occur early in life between 6 and 24 months of age and are associated with fever and roseola or a light pink rash. Once the viral infection has occurred, it remains in the body. Prusty, the lead author in the study, explains that these viruses may disrupt neurodevelopment and immune system development.

Children who are infected with these viruses usually recover well, but the viruses lie dormant in various parts of the body including the brain. The traditional belief has been that these viruses are dormant, kept inactive and hidden in organs and tissues and pose no further threat. However, research shows otherwise. The viruses can be reactivated even years later. The study results show that the Purkinje cells in the cerebellum were actively infected with the virus and linked with possible cognitive and mood disturbances.

The neurotransmitter GABA plays many roles in the nervous system and body. GABA is required to manage stimulus of all kinds. If there is too much stimulus relative to the amount of GABA, then nerve cells get overworked, hot, angry, and irritated and this leads to microglial cell over activity. You may learn more about it in the articles GABA: Managing Brain Stimulation, Anxiety, and Other Consequences and ADHD and Brain Inflammation: Quench the Fire.

The findings of viral infections in the nervous system linked with depression and the study describing how those with depression, lower IgG titers are more susceptible to measles virus raises many questions and concerns. In both scenarios, i.e. vaccinations and depression disorders, virus and depression, it is clear that there is more to the topic than what has been traditionally believed and what the media reports. Critical thinking must occur with the willingness to look outside of the traditional viewpoint.

These findings raise several questions in many different areas for me and maybe for you too. Here are some things to ponder. Is the burgeoning crisis of depression in the country related with neuroinflammation that starts with multiple viral challenges from natural or other exposures? Are mandatory vaccinations really going to help stop the spread of measles given the preponderance of people with depression, lowered immunity, and compromised response to vaccines?

If someone’s vaccination titres are low because they have IgG deficiency which may be unknown, will it further stress their body and brain making more neuroinflammation? Does this contribute further to more mood and cognitive challenges and the rise of depression in society today? If the adult’s immune system is challenged from a single vaccination and can cause injury with ASIA Syndrome, how much more of a neuroimmune challenge occurs for an infant or young child given multiple vaccinations at one time? Given the increase in neurological and immune disorders in young and old alike in today’s modern world, we must rethink old information and learn from the new insights.

Depression is related with a multitude of concerns that contribute to its risk and development. This ranges from lack of adequate nutrition with proteins, vitamins, minerals, and essential fatty acids. Other concerns stem from thyroid, adrenal and HPA axis distress, traumatic brain injury and concussion, medication side effects, gut imbalances, heavy metal toxicity, mold toxins and allergies, blood sugar dysregulation, hormone imbalances, MTHFR and other methylation defects, gluten and other food intolerance, glyphosate/Roundup and other toxic chemicals, and even more concerns.

Now add the recognition that viruses previously thought dormant can cause depression. Immune system support may be needed to help fight viral activity. Additional support may be needed by some to help strengthen the immune system and immunoglobulin activity. Many with depression fail to respond to SSRI drug treatment and develop treatment resistant depression. These findings add another approach to support for a healthier mood.