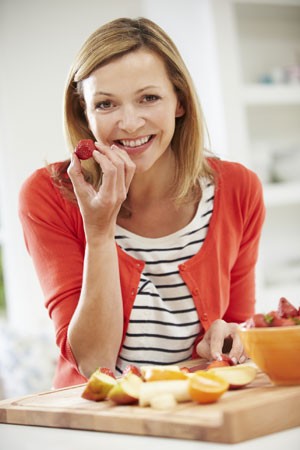 The causes of depression, anxiety, migraines, or loss of balance are frequently unidentified or unknown. This is often the case for several neurological and psychological disorders. Ongoing research points out that many cases of neurological disorders (depression, anxiety, balance problems, etc.) may actually reflect adverse impact of gluten on the brain for those who have undiagnosed gluten intolerance and celiac disease.

The viewpoints and medical understanding of gluten intolerance and celiac disease on the nervous system are shifting. If you are gluten intolerant or have celiac disease, this information is for you. If you have chronic neurological or psychological symptoms that no one knows why, delve into this information. Self-care and restoration of health is more than abstaining from gluten.


The well-known or classic symptoms of celiac disease such as weight loss, diarrhea, malabsorption, anemia and abdominal bloating are no longer the norm for diagnosis of celiac disease and gluten intolerance. Current research shows that symptoms frequently present with minimal or no gastrointestinal symptoms, but instead affects other organs like the brain and skin (dermatitis herpetiformis).

Neurological and Psychological Symptoms and Disorders


Neurological and psychological disorders linked with gluten sensitivity and celiac disease are numerous. These include seizure disorders, neuropathy/ nerve pain, tingling and numbness, schizophrenia, depression, migraine, anxiety, ADD/ ADHD, autism, multiple sclerosis, myasthenia gravis, myopathy or muscle weakness, white matter lesions, and ataxia/ balance problems and cerebellar degeneration. The cerebellum is the back part of the brain that is directly involved with balance, movement and body awareness. Dementia has also been linked with gluten intolerance.


Diagnosis of celiac disease has historically focused on small intestine biopsies that show complete flattening (Marsh grade IV) or destruction of the villi (microscopic fingerlike projections) in the small intestine that absorb nutrients. Healthy normal tissue appears like a thick heavy shag carpet, but in untreated celiac disease, the villi are flattened like a worn-out thin Berber carpet. This leads to the classic diarrhea, weight loss, malabsorption, and anemia problems seen in celiac disease. Stages of intestinal villi health are classified as Marsh grade 0 – IV. There are many faces of gluten intolerance.

New information and research shows that the early villi changes, i.e. swelling and inflammation within the intestinal tract, may not be fully recognized in the gut and its impact occurs throughout the body and brain. A very recent finding identified that early stage gut breakdown identified as Marsh grade 0-III had just as much cellular stress and death as end stage tissue breakdown as Marsh IV. The difference was that in the end stage, Marsh IV, intestinal cells were no longer able to keep up with the inflammation and were in failure.

Based on this information, any milder breakdown in the gut with a Marsh score of I-III reflects an active inflammatory process. This active inflammatory process from gluten in the gut may trigger some profound changes in the brain and immune system causing symptoms outside of the gut. The brain indeed suffers stress due to the complex relationship of the brain-gut axis, causing mental and emotional dysfunction.


Gliadin, a compound found in gluten, causes increased intestinal permeability in all individuals, healthy or not. Gluten intolerance researchers identified that all individuals experienced an upregulation of zonulin followed by opening of the doors or “tight junctions” between cells, i.e. it caused leaky gut syndrome. Zonulin is a protein that modulates the how permeable the tight junctions are between the digestive tracts cell walls.

Research reveals that intestinal permeability was worse in patients with celiac disease and non-celiac gluten sensitivity. How well cells respond in returning the tight junctions back to normal after gluten exposure depends on the immune compound IL-10. Individuals who had high levels of this anti-inflammatory immune compound IL-10 had the best healing response and did not have gluten intolerance or celiac disease concerns. IL-10 levels depend on the omega-3 oil DHA and vitamin D status.


The breach in the intestinal barrier known as leaky gut syndrome is hypothesized to affect the blood-brain barrier. Research suggests that this breach in the gut lining compromises the protective barrier around the brain which allows gluten proteins or peptides to cross into the brain creating an upset neuro-immune system. This leads to neurological inflammation causing psychological and neurological symptoms.

Remember that the typical GI symptoms are no longer considered the norm for gluten intolerance. Instead, neurological symptoms like depression, anxiety, poor focus, brain fog, seizures, loss of balance, ADD/ADHD, forgetfulness, numbness, and tingling occurs. In fact, the Lancet medical journal in 1998 described periodic trouble with loss of balance or ataxia as the most common symptom of gluten intolerance regardless of intestinal symptoms. Thus, if a health care provider is not aware of this presentation or not thinking about it, gluten sensitivity may easily be missed, unrecognized, and untreated or labeled as an idiopathic cause. Research shows that as many as 57 percent of those with neurological disorders from unknown causes test positive for gluten intolerance.


In addition to the changes in gut lining and blood-brain barrier, gluten intolerance researchers have identified other consequences to the brain. These are changes linked with adverse effects on methylation function and the antioxidant glutathione from gluten sensitivity. Methylation is a very hot topic in medicine and rightly so as it affects nearly every cell it the body. It controls the stress response, the production of the master antioxidant glutathione, detoxification, inflammation, DNA repair, gene expression, brain chemistry, tissue repair, energy production, and the immune response with infections.

One human cellular study in 2014 identified that exposure to gluten and casein (dairy) foods modulated nerve cells and gut lining cells activating opioid receptors. The result led to decreased cysteine uptake. This amino acid, cysteine, is the backbone of glutathione, the most important antioxidant for the brain and immune system. The deleterious result is impaired and decreased glutathione levels in the nerve tissue.

Gluten exposure in these sensitized cells caused impairment of the methyl donor S-adenosymethione (SAMe) and the process of methylation. Optimal methylation also relies on glutathione. So, depleting glutathione and impairing SAMe becomes a serious double hazard to nerve tissue creating more brain stress. Identifying impaired methylation and glutathione production from gluten exposure in susceptible individuals appears to be crucial findings. This mechanism may explain the neurological and psychological symptoms seen with gluten intolerance.

Scientists believe this antioxidant depletion and impaired methylation function triggered by gluten intolerance may contribute to the symptoms of autism and other neurological conditions. Removal of gluten and casein often leads to significant improvement and reduction in symptoms as the underlying neurological fire is removed and natural healing occurs. Healthy methylation and optimal glutathione levels are fundamental to neurological and psychological health.

Elevated Homocysteine and NF-kappa B


Other gluten intolerance and brain dysfunction findings relate to elevated homocysteine. Homocysteine is an amino acid and breakdown product of protein metabolism and reflects one aspect of methylation. This too may be tied in with the more recent findings discussed in the paragraph above.

Excessive homocysteine can damage blood vessel walls causing plaque to build-up. Elevated homocysteine is well-known for its role in increasing stroke and heart attack risk but it also affects the nervous system. If this compound is not metabolized thoroughly back to a friendlier compound, it becomes an irritant to the brain. It is associated with several brain disorders like migraine, depression, Alzheimer’s disease and other neurodegenerative disorders.

Neurological Gluten Intolerance is like a Repetitive Brain Strain


An article published in the 2015 CNS Neurological Disorders Drug Targets suggests that changes brought about by gluten intolerances causes gut flora disruption and gut inflammation and more. This brings a toxic combination to the rest of the body robbing it of the ability to produce energy, cause obesity, insulin resistance, LPS toxins, and dysfunctional brain-gut communication by stressing the vagus nerve in addition to the brain symptoms. Gluten intolerance and consumption of gluten may also lead to a type of dementia caused by chronic repetitive vascular injury to the brain’s blood vessels.

Microglial cells within the brain become activated to clean up the inflammatory strain from the gluten exposure. Autopsy findings on a 68-year-old man who had gluten intolerance revealed significant nerve damage and actual loss of nerve tissues and damaged structures in the brain. Gluten exposure caused excessive microglial cell activity, inflammation, and nerve death leading to progressive problems with loss of balance and dementia. This is not the immediate food allergy response like the life-threatening peanut allergy and anaphylaxis. This is a slow progression of tissue damage over a long period of time.

Neurological injury and breakdown in gluten intolerance comes from repetitive hits. It becomes a repetitive strain to the brain’s immune system. Symptom severity will vary based on immune sensitivity, homocysteine levels, antioxidant and methylation status, IL-10 and NF-kappa B levels. Individuals may experience acute or chronic migraines or struggle with immobility of chronic depression or frantic anxiety.

For others, ingestion may trigger seizure activity and neuropathy. It may take repetitive incidents of this behavior and symptom picture to be recognized, validated, and fully addressed. These symptomatic pictures are very different than the immediate anaphylactic peanut allergy that society can readily grasp. The symptoms are real. The neurological effect is real, but the actual debilitating tissue breakdown in the brain occurs after multiple repetitive hits months or years later.

Unfortunately, it is not often recognized unless it is on the physician’s or patient’s radar. Symptoms may wax and wane due to levels of inflammation and may occur with an inconclusive intestinal biopsy. No one wants to find out decades later that a common dietary food has been the underlying cause of their chronic depression, anxiety, migraines, increasing loss of balance and a looming family history of dementia. It leaves one with the nagging thought – “If only I had known…” Find out if you are gluten intolerant.