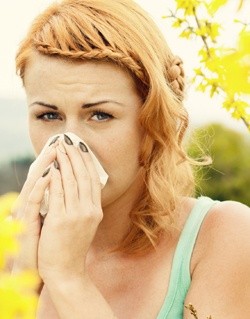 The Epstein Barr Virus (EBV), a HHV-4 herpes virus, is one of the most common viruses found in humans. In most individuals, it has no serious consequences other than a brief, minor, cold-like illness. Normally the virus stays in the body and remains dormant throughout life. For some, this is not the case and may result in serious illness related to EBV later in life. Keeping the immune system energized is integral to prevention.

Infection with the Epstein Barr Virus (EBV) is very common. About 50% of children have had an EBV infection by the age of five. By adulthood, 95% of the population has been infected with EBV. Symptoms look like the common cold, i.e. sore throat, swollen lymph nodes, severe fatigue, and fever. A more severe infection can become mononucleosis. After the initial infection, the virus remains in the body for life. In a healthy individual, it does not cause future infections and presents no symptoms. The virus may shed periodically in the saliva, which when transferred to another individual, may cause them to become infected; hence mononucleosis is known as the “kissing disease."

Researchers have studied the Epstein Barr Virus for decades. They have been looking at its role in the development of future disease besides its initial presentation of “cold symptoms." They have established a link with many disorders including certain types of cancers such as Hodgkin’s lymphoma, a wide variety of B-cell lymphomas, some T-cell lymphomas, nose-throat cancer, and some gastric cancers. Researchers have also been looking at lymphoma development in those with inflammatory bowel disease (Crohn’s disease and Ulcerative Colitis). They agreed that most lymphomas of the intestinal tract in patients with inflammatory bowel disease were clearly associated with EBV.

The link between multiple sclerosis (MS) and EBV has been under intense research since 1979. There is compelling evidence and several hypotheses showing a connection, but there are conflicting results. Recent research seems to have identified the missing link between EBV and MS. It showed that individuals who had infectious mononucleosis and elevated anti-EBNA-1-IgG titers may have been acted upon by an endogenous retrovirus that activates nerve tissue damage. This means that there may be a hidden virus in the body triggering EBV to attack nerve tissue and leading to the development of MS.

Besides its relation to certain cancers, inflammatory bowel disease pathology, and multiple sclerosis, researchers have identified a number of other diseases correlating with EBV activity. One of the disorders is Chronic Fatigue Syndrome/Myalgic Encephalomyelitis. Researchers are unsure if EBV is the cause or result of the immune dysfunction associated with CFS/ME. Their findings indicate that some patients who have CFS/ME clearly have chronic, active elevations of EBV. In this case, researchers recommended that patients be tested for reactivity to the serum antibody EBV VCA IgM as a specific diagnostic test to confirm the issue. It is especially important for CFS/ME patients to manage EBV. Research published in Cancer showed an increased risk and prevalence of B cell lymphomas and non-Hodgkin’s Lymphoma in patients with Chronic Fatigue Syndrome.

In addition, researchers are studying EBV's relationship to neurodegeneration. This is a developing area of research with very few studies outside the neurological disorder of MS. Recent research shows that elevated EBV antigens may be a risk factor for the cognitive deterioration and progression of Alzheimer’s disease. Most likely this finding will provoke a stream of studies for years before coming to a final conclusion, but it certainly catches the eye. It is also known that in certain circumstances of severe, life threatening illness where there has been serious loss of myelin, patients with the highest amount of EBV immune activity developed the highest amount of whole brain, gray matter atrophy and central (thalamic) atrophy.

EBV activity may be downplayed in mainstream medicine and in infectious disease offices declaring it a benign illness for the general public. Clearly though, something is going on with EBV being a trigger for bigger problems in those who are susceptible. Without a doubt, researchers will continue to debate the chicken and egg response with EBV and other illnesses. Common sense tells us that it is vital to keep the immune system fortified against this sleeping giant.