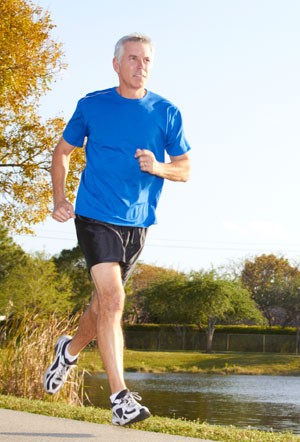 A nagging cough. Wheezing, chest tightness, fatigue. Spring allergies or a lingering touch of bronchitis from months ago may cause these symptoms, but it can be related with something more problematic. When the cough doesn’t subside, it is time to rethink what is going on. The chronic cough that makes it hard to breathe may be due to COPD or Chronic Obstructive Pulmonary Disease. COPD includes chronic bronchitis or emphysema. It is increasingly common, affecting millions of Americans. Millions more have the problem and are not diagnosed. COPD is the third leading cause of death worldwide.


COPD symptoms are frequently attributed to or dismissed as aging, causing it to be diagnosed in later stages of the disorder. Early detection is fundamental to management and staving off the debilitating decline and accelerated aging. The chronic cough, shortness of breath with everyday activities, repeated respiratory infections, fatigue, wheezing, and increased mucus are all symptoms related to COPD.

Other symptoms can occur unrelated to the respiratory system. Most commonly seen is weakness and loss of muscle mass in the quadriceps, the thigh muscle. Loss of the strength in the thigh muscle actually reflects a worse prognosis with COPD. Loss of strength in the quadriceps can make it harder to get up from a seated position, go upstairs, or get out of the car. This loss of muscle mass in the legs is often dismissed as related to aging. This can true to a degree, but if there is a nagging cough that doesn’t go away with the loss of muscle strength, something else may be going on.

COPD symptoms occur because of diminished airflow in and out of the airways and air sacs of the lungs. This may happen because the airways and air sacs lose their elastic quality. The walls between the air sacs become thick and inflamed or are destroyed. The airways can also make more mucus than normal and clog the passageways. High levels of inflammation and oxidative stress within the lungs from various sources drive the decline and worsen respiratory function. Muscles waste away due to high levels of oxidative stress from pro-inflammatory chemicals like TNF-a, MMP9, and NF-kappa B.


COPD has a number of causes. Chronic exposure to lung irritants that damage the lungs and airways leads to the development of COPD. Cigarette smoking is at the top of the list. Pipe, cigar, and other tobacco smoke can also cause COPD. Secondhand smoke, air pollution, chemical fumes, diesel fumes, weather patterns, wood smoke, and rare genetic conditions can cause COPD. Occupational exposures from inorganic dust, wood dust, vapors, fumes, gases and other irritants increase the risk especially in those who have never smoked. Inhalation of these pollutants provokes oxidative stress and injury to the lung tissue.


A deeper level of understanding with the COPD and oxidative stress relates to the impact on mitochondria. Just like in other areas of the body such as the heart, brain, and joints, mitochondrial injury leads to functional tissue changes within the lungs. Mitochondria are the energy producing factories inside cells that burn fuel to make energy or aerobic cellular respiration. There are trillions of them throughout the body.

Research shows that mitochondrial injury within the lungs drives the development of COPD. Irritants like smoking cause injury and smother the ability for the mitochondria to repair. High levels of reactive oxygen species are released. Cell membranes break down. This causes the cells and air sacs to become stiff, abnormally change, and thicken. As a result, air doesn’t move in and out of the lungs well. Lung damage worsens as the wear and tear to the mitochondria increases. Loss of the thigh muscle strength and mass is also related to mitochondrial damage. The end consequence is that aging accelerates. Researchers recommend the use of mitochondria-targeted antioxidants to help restore respiratory and muscle function to actually reverse COPD.


The concept that smoking causes lung problems is obviously not new. The use of tobacco has been around for about 2,000 years, but why is COPD rampant across the globe? Consider two factors, Roundup and triclosan that are now nearly ubiquitous in the environment and how they impact lung health. Tobacco is a genetically engineered Roundup ready crop. Roundup has been used now for decades on tobacco crops. The tobacco plant that you smoke and inhale directly or as second-hand smoke contains pesticides that are in the tobacco. So not only are you getting the toxic oxidative effects of smoke inhalation, you are inhaling pesticide residues.

Roundup contains the active ingredient glyphosate in a mixture of adjuvants. Glyphosate is considered “non-toxic under normal circumstances”. Research shows otherwise. One study clearly demonstrated that when glyphosate was mixed with a surfactant and subsequently exposed to mitochondria in animals, the mitochondria were heavily damaged. It actually caused mitochondrial death. Other researchers have found that Roundup was among the most toxic herbicide and insecticide chemical soup despite its relatively benign reputation. Is the increase in COPD worldwide related to the worldwide use of Roundup?

The other common chemical in use that injures mitochondria and should be questioned in COPD is the pesticide triclosan. Triclosan, which impairs thyroid function, is a synthetic, widely used antimicrobial agent found in hand soaps, detergents, skin care products, air fresheners, and oral hygiene products. For quite some time now, researchers have known that triclosan impairs mitochondrial function in animal cells. Think of all the products you come in contact with on a daily basis that have triclosan in them. Inhaling the scents and vapors from the product, like air fresheners that contain triclosan, can get into the lungs. Is the chronic low level exposure to triclosan from clothing, bathing, hand washing, touching your face, mouth, inhaling, swallowing it, and absorbing it, disrupting your mitochondria? On some imperceptible level, it probably is.


The microbiome refers to microorganisms found in various body parts. When the National Institutes of Health human microbiome project began in 2007, it was thought that normal, healthy lung tissue was sterile. As a result, the respiratory tract was not included in the initial research. Since that time, technology has improved allowing for advanced investigation of the lung tissue. The lungs and respiratory tract do indeed have their own microbiome. In COPD, significant fluctuations and disruptions to the healthy flora of the lungs occur. Researchers found the worse the COPD was, the worse the lung flora or aero-digestive tract microbiomes.

Bacterial and viral overgrowths are a major cause of COPD flare-ups that contribute to the worsening airway inflammation. Gingivitis and poor oral health change the flora in the mouth and worsens the prognosis for COPD. In COPD and other chronic respiratory disorders, bacteria persist in the lungs despite multiple rounds of antibiotics. This occurs because the bacteria have biofilms that protect them. The biofilm keeps them hidden from the immune system, rendering the antibiotics ineffective and further disrupting the lung microbiome.

Quenching Inflammation and Protecting the Lungs

Physical exercise helps prevent oxidative stress induced by smoking. The last thing that someone wants to do who is exhausted and can’t breathe seems counter-intuitive. Yet, physical activity has been shown to be beneficial in COPD. COPD is a mitochondrial disorder. In order to make new mitochondria, exercise must be included as part of the regime. Just ask anyone who has given up smoking, had lung problems, and then started exercising. They will tell you that their health is completely different than if they had only given up smoking. Talk with your doctor if you have physical restrictions with exercise. Consider adding PQQ to help make new mitochondria, support aerobic activity, and reduce lactic acid.

The nagging chronic cough from low level lung irritation has many sources in today’s environment. It is often a symptom of underlying inflammation that changes the tissue and damages the mitochondria. The concept of using steroids that reduce inflammation but kill mitochondria and antibiotics that disrupt the body’s microbiome does not do justice to the underlying health of the body. Certainly, there are instances when it is vital to use these treatments under acute exacerbations, but what about the daily maintenance and protection of the mitochondria and lung microflora from ubiquitous toxins? COPD has no medical cure. Patients are often left with a dismal prognosis. Knowing, understanding, and using what recent research says about COPD, mitochondria, and the lung microbiome can go a long way towards breathing and feeling better. Start now in protecting your lung flora and mitochondria before it is too late.