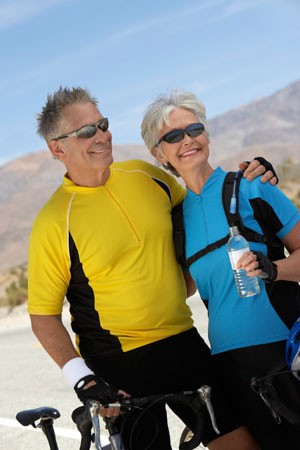 The door to understanding several heart-related conditions is opening up wider. Recent research shows that the heart is one of the most affected organs in the body with mitochondrial disorders. This may not come as a surprise because the heart is one of the most energy demanding organs in the body. However, those who have been keeping an eye on the new field of metabolic cardiology may be surprised at how many cardiac disorders are related to mitochondrial disorders.

Mitochondria are the organelles or little factories found in cells. They produce energy after the burning of glucose and fat via the Kreb’s cycle through a process known as oxidative phosphorylation. They also make proteins for their own use to execute the transcription of DNA to RNA and then RNA to amino acids. Mitochondria are the powerhouse or the batteries of cells, essential to life energy. They are also central to apoptosis or programmed cell death. This is the routine housekeeping process used by cells to get rid of cellular trash. When mitochondria don’t do this well because they themselves are damaged, then the rest of the cell components fail to function in a healthy manner, like a city’s garbage and sewer systems broken down and on strike.

The most common cardiac rhythm problem is atrial fibrillation (A-fib). A-fib is now gaining recognition as related to mitochondrial dysfunction. A-fib is an irregular and often rapid heart rate that causes poor blood flow to the body. There may be shortness of breath, chest pain, palpitations, fatigue, and weakness or trouble exercising. The irregular rhythm may come and go; sometimes the disorder can worsen so that the atrial fibrillation does not go away. Cell apoptosis or cell death is a contributing factor to the start, relapse, and progression of A-fib. When A-fib fails to resolve and remains present for months and years, it can lead to heart failure from the chronic metabolic stress or stroke or heart attack from clots and disrupted blood flow. In response to the potential clot risk, A-fib patients are often put on lifelong Coumadin or other blood thinning medications to prevent blood clots from occurring. Coumadin has its own risks.

To get the heart back into rhythm, Mayo Clinic’s medical approach is to use electrical shock to stop the heart and the abnormal rhythm and hope that the heart restarts its normal rhythm. Powerful drugs may also be used to force the heart back to a regular rhythm as a medication conversion with subsequent long-term use of anti-arrhythmic meds to prevent future episodes. If the problem persists or medications fail, the long-term approach is to ablate or literally “surgically fry” the nerve tissue (pacemaker) in the heart that regulates rhythm and abnormal pacemaker firing. Another surgical treatment option is the use of the surgical maze procedure during open heart surgery. The surgeon intentionally creates incisions in the heart muscle during open heart surgery to create scar tissue. This is to interfere with stray electrical impulses that cause the A-fib. Mayo Clinic does admit that while the procedures have a high success rate, even with these extraordinary attempts A-fib can reoccur.

Hopefully the intentional destruction of cardiac nerve tissue becomes a barbaric thing of the past, in light of the mitochondria dysfunction research linked with cardiac rhythm disorders. It becomes alarming to think of scar tissue and dead pacemaker cells albeit “planned” within the “ticker” as these concerns are far from the essence of heart health.


Patients who undergo surgery and then develop complications with A-fib may find themselves with an underlying mitochondrial problem induced by the oxidative stress of the surgery. Researchers studied 104 patients with metabolic syndrome, but in normal heart rhythm underwent coronary bypass surgery. This was a high risk group of patients. Following surgery, 44 percent of patients developed post-operative atrial fibrillation. The scientists identified that the patients who developed A-fib had significantly lower levels of carnitine. Carnitine is a critical amino acid for mitochondria function and the production of ATP. Its presence is also fundamental to burning glucose and fats for fuel. In the presence of metabolic syndrome with often increased need for carnitine, coupled with high levels of inflammation leading up to the surgery and further worsened after the surgery, it is no wonder that A-fib and mitochondria stress occurred.

Another recent study in the Journal of the American Heart Association on the topic of post-surgical A-fib found similar findings with mitochondrial stress. It was identified that high levels of reactive oxygen species caused by an enzyme called MAO (monoamine oxidase) led to a 10-fold breakdown in redox (antioxidant) balance and deficiencies in glutathione enzyme. This means that the delicate redox balance and glutathione levels that protect mitochondria and quench oxidative stress was terribly stressed from ROS and MAO.

One of the treatments for post-operative A-fib is cholesterol lowering statin drugs, Atorvastatin specifically. The attempt at using the statin was considered partially and temporarily effective in a sample of 130 patients who underwent cardiac surgery. The authors of this study described an up-regulation of inflammatory enzymes which occurred as a natural result following cardiac surgery and post-op A-fib development. The surgery affected the nitric-oxide redox balance (Rac 1 and NOX2-NADPH) and led to high levels of ROS. The rational was to use statins to decrease the Rac1 and NOX2-NADPH. Based on their description within their findings, the up-regulation of the NADPH enzyme is a natural, momentary response that triggers post-op A-fib and is transient. The more damaging ROS however remains and perpetuates A-fib. The study showed statins had zero effect on the most damaging ROS free radicals. It also had no effect on improving nitric oxide function or other enzymatic support needed for A-fib. Yet the authors viewed the statins effective in the early stages of A-fib. They did however acknowledge that statins were ineffective or worthless in A-fib management. Thankfully this was acknowledged given the connection identified with statins poisoning mitochondria and linked with heart failure.

In the journal Mitochondrion, an animal study was done comparing oxidative stress of mitochondria and which types of oils offered the most protection. They compared coconut (saturated), olive (monounsaturated) and fish (polyunsaturated) oil. In this 16-week study, the heart mitochondria taken from rodents fed with coconut oil showed the lowest concentration of oxidized proteins and fats compared to olive and fish oil. Fish oil decreased the total and LDL cholesterol levels, but did not have nearly as much protection for the heart mitochondria.

Anyone young or old dealing with minor or major cardiac concerns must take care of their heart’s mitochondria. While medications and surgeries may be somewhat helpful in acute or severe cardiac situations, the long-term concern is related to protecting the mitochondria from the disorder as well as the treatment. Physical exercise, quality healthy organic fats, richly colored organic vegetables and fruits provide basic stability and health benefits to the heart mitochondria. For those who need more intensive support, the 21st century provides wonderful options with nutritional supplements. Find a combination that helps you feel energized and combats the drug-induced stress responses. Health is all about aging well. Adding this dimension of support to any medical approach may just help bring about stability and quality of life that has been desperately missing for so many. How well are you and your heart aging?