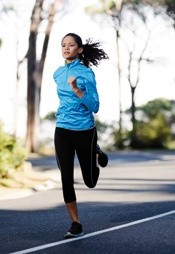 Three recent studies clarify the diverse operation of chlorella to help your immune system cope with a variety of stressors. These features are especially important during times of immune system challenges.

The first study looks at the effects of stress on immune cells in your bones, which are where your new immune cells are produced. This was an animal model in which researchers used both a single acute stress and repeated stress over time to document the immune suppressing effect of stress within the bone marrow. Supplementation with chlorella prevented all of the adverse stress induced changes. This study shows a mechanism of immune support that is relevant for people under stress to preserve a more optimal immune function.

The second study examined competitive athletes in an intense four to six day training camp. This type of intense sports training is known to suppress a key front line immune troop, salivary secretory immunoglobulin A (SIgA), which would make a person more susceptible to catching a bug of one type or another. As expected, significant declines in SIgA were seen in the control group. The chlorella group began supplementing four weeks prior to the training camp and continued during the camp. The chlorella supplemented athletes had no decrease in SIgA immune function, which is an important finding for athletes of all ages.

The third study looked into the effect of chlorella on the dendritic cells of your immune system. As part of your front line defenses, the dendritic cells process antigens (the unique look of an invader) and then pass that information along to your advanced immune system to make specific antibodies to clear out the problem. This is important whenever you need to mount an immune response to clear out an infection.

Dendritic cells lose their functional competence as a person ages, which means their dentritic cells aren’t as good at making antigens and are slower to get the important information where it needs to go. This is one reason older people are more prone to getting infections.

It helps to have nutrients that are known to support the immune system in multiple ways. These studies show that chlorella can help offset stress and exercise, while boosting important immune cell signaling that often declines during aging or poor health.