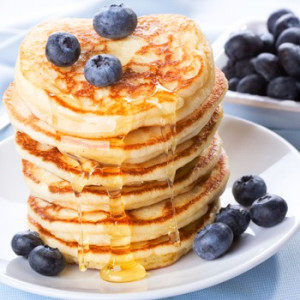 Pleasure, Arousal, Stress, & Food Does Sleep Have a Chance?

Don't think for a moment that the human brain is simple. It would certainly be nice if there was one on switch for awake and one off switch for sleep. As I have already explained you have a sleep department and a wakefulness department residing within your hypothalamus gland. The new science shows that you also have an arousal thermostat in your hypothalamus gland that has a huge impact on your sleep. It is not residing in your wakefulness department, but operating alongside.

If this arousal thermostat is set too high then your nerves will be too stimulated, as if in a fight or flight state, and sleep will be difficult. It has now been discovered that this condition of heightened arousal is also linked directly to pleasure seeking and reward, which actually explains a great deal of inappropriate human behavior. This not only means a desire for food, it also means a desire for any stimulus that feels good.

For those of you who are technically minded, the arousal thermostat is established by a pair of excitatory neuropeptides produced by neurons located in the lateral hypothalamus, and projecting throughout your brain. They are called Hypocretins (Hcrt) and have also been called Orexins (appetite stimulating). They are intimately involved with how awake you feel and your desire for a reward.

If you lack Hypocretins you can't stay awake (narcolepsy). If you have the right amount your head is awake, your energy feels good (not hyper or anxious) and you have a normal drive for healthy pleasures and accomplishment. If it is set too high your nerves will feel wired (even though you may feel quite tired), you will have trouble sleeping, and you run a risk for substance abuse issues of one kind or another (or have a history of this).

Because this Hypocretin system is directly wired to your stress response, it is likely that a higher level of stress or ongoing stress is what pushed your arousal thermostat into an inappropriately high setting in the first place.

A wound up Hypocretin system gravitates to pleasure seeking and reward. There is a craving for a burst of endorphins (natural opiates) and/or dopamine (a reward). Impulses to use substances that cause damage to health must be replaced with consistent healthier behaviors. Also, the relaxed reserves in your nerves must be replenished and nutrition that supports changes in brain plasticity can be employed to help reset the arousal thermostat to a proper setting. While improvement in sleep can typically be noticed early on, it will take a bit of time to reset the arousal thermostat to a consistently lower and more appropriate setting.

To address this issue you need to build up a better supply of endorphins (natural opiates) from positive behaviors. By far the best exercise for endorphins is aerobics, which should be done at least three times per week on a consistent basis. Other endorphin-releasing activities include smiling, laughing, and sex. Anything you do that is fun, which does not involve substances or some form of harm, tends to be helpful. At the same time you need to do some constructive goal setting with tangible plans for accomplishment so that a sense of reward based on productivity is charted out. There should be obtainable steps along the way, as the smaller accomplishments add up eventually to completion of a larger or longer term objective.

With nutrition it is vital to replenish the reserves of relaxing nutrients. Thus, nutrients like Sleep Helper™ and RelaxaMag™ should be taken during the day as well as at bed. Use enough during the day to take the edge off.

Various other nutrients can help you build endorphins or enhance the release of BDNF (brain-derived neurotrophic factor) a substance that helps repair and protect excited nerves. Top choices include: