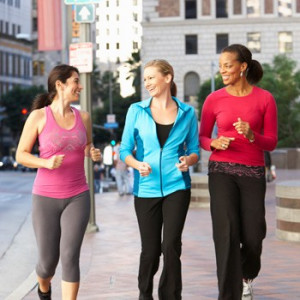 Building and growing bones has similarities to building a house, in that adequate raw materials must be on hand or the construction work cannot be done in an optimal way. A variety of primary nutrients are required for normal bone density and strength, including protein, calcium, vitamin D, and magnesium (like plywood and 2 x 4s). In addition to these primary basic nutrients, many other co-factor nutrients participate in the integrity of bone including zinc, boron, silica, manganese, vitamin C, vitamin K, and strontium (like nails and screws).

A major discovery relating to bone structure occurred at the end of 2007. Researchers demonstrated that it was actually sugar molecules that linked the minerals to the collagen-protein matrix. These sugar molecules form the structural blueprint and the adhesive connections that make bone strength possible.

Specifically, the sugar molecules identified by the researchers are called glycosaminoglycans (GAGs), which means many sugars strung together in repeating units – a type of complex carbohydrate. Using advanced imaging technology, the researchers proved that these nutrients are directly responsible for the symmetrical formation of bone that enables bone strength and the resulting bone density and bone mass of healthy bone. In other words, GAGs are directly responsible for modulating mineral size and crystalline structure.

The most important GAG is called Hyaluronic Acid (HA), glucosamine is another. HA is a combination of two sugars (D-Glucoronic Acid and N-Acetyl-Glucosamine) that form one unit referred to as a disaccharide. One molecule of HA has as many as 10,000 disaccharide units, making it a very large and long molecule. For many years scientists thought this simple long molecule didn’t do much of anything except fill space and provide joint lubrication. Now scientists understand that HA acts as a template to assist in the formation of new body structure, like a blueprint for the construction workers to follow. *

This new science helps explain why nutrients like lactoferrin, vitamin K, zinc, boron, and the herb Cissus quadrangularis are so helpful to bones. They work not only by assisting the osteoblast bone-building cells to work efficiently with their raw materials, but also by playing an important role in helping to form the correct three-dimensional structural integrity of the bone micro-architecture. For example, Cissus quadrangularis has been shown to activate the enzyme alkaline phosphates in osteoblasts, helping to energize these bone building carpenters.*

Lactoferrin, a component of mother’s milk, has now been shown in a recent animal study to not only preserve bone mass but also improve bone micro-architecture.* Lactoferrin boosted the function of bone building osteoblasts, increasing their output of another important protein called osteocalcin. Not only is osteocalcin vital for bone building, it is an important new link to healthy metabolism of calories (see final page of this section for more info on bones and metabolism.). Such a new finding as this simply makes plain common sense, as a baby has to have a way to fortify strong bone growth. Naturally, the solution would be provided within mother’s milk.* Lactoferrin as a dietary supplement is available in a purified form as well as in whey protein and colostrum-containing products.

Of course, having adequate dietary protein to form the collagen base of bone mass is vital. A tremendous amount of nonsense exists on the WEB and elsewhere trying to convince people that protein consumption leads to acid pH, in turn depleting bones. This has been proven false by a number of studies, and it is very clear that a lack of adequate protein is a real problem for bone strength and bone density. Whey protein not only provides an easy way to boost fine quality protein intake, it also gives you a supply of the bone-building friendly nutrient, lactoferrin.*