The Unique Properties of Coral Calcium 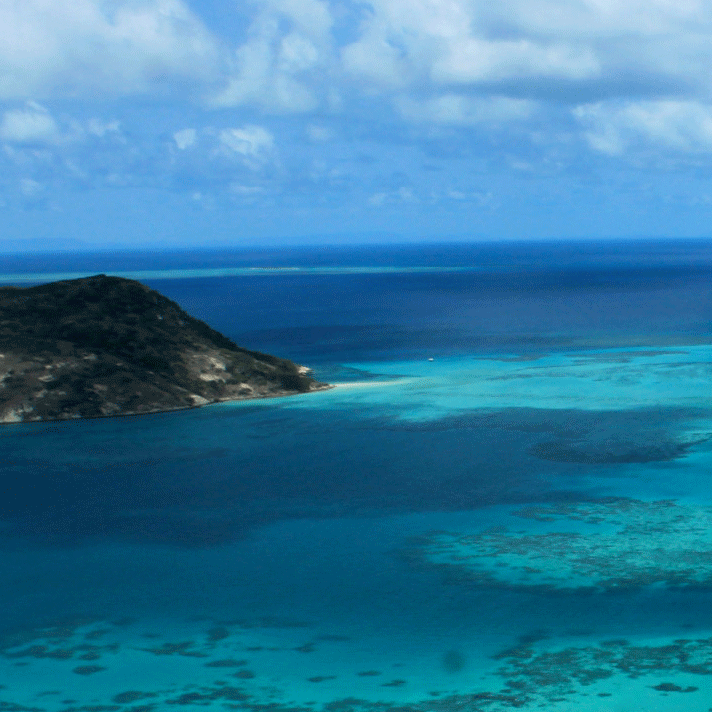 In the early 2000s, coral calcium rode the wave of infomercial hype and then crashed under the weight of unsubstantiated claims. Naysayers promoted the idea that coral calcium (which is calcium carbonate) was no different than other forms of calcium carbonate supplementation, except it was more expensive. I have used coral calcium long before the infomercial era and always believed coral calcium to be a desirable form of calcium supplementation. Somewhere between the hype and the naysayers lies the truth, so allow me to offer my perspective on this important topic.

Coral are marine invertebrates that secrete calcium carbonate to favorably regulate the pH of the ocean water that surrounds them. This creates a hard skeleton around them, with many coral building coral reefs. They get their energy and nutrients from single-cell algae that inhabit their tissues. Such algae need sunlight to grow, meaning coral lives in shallow clear waters. The mineral skeleton secreted by coral also contains magnesium and many other trace minerals naturally found in the ocean, making coral minerals a broad spectrum mineral supplement.

Plain calcium carbonate is found in most rocks. High amounts occur in limestone, chalk, and granite. It is in many ocean shells. And it can readily be synthesized from calcium oxide.

Coral minerals, even though they are carbonates, are different than rock-based calcium carbonate. They are geometrically structured mineral arrangements created by a living organism, making them organic minerals with unique properties. The latest advanced imaging science shows they have organic matrix molecules embedded in the mineral crystals; this is far different than calcium from rock. A second group of researchers has also confirmed the transfer of organic molecules into the calcium structure. Technically, this means that coral minerals are the highest mineral content food that is known, sort of like picking a mineralized apple from a coral tree.

A primary source of coral calcium for dietary supplements comes from the coral sands around the coral reefs off of Okinawa. Hype came into play when it was promoted that the long-lived inhabitants of these islands were drinking water rich in coral calcium. In reality, they consumed less than 1000 mg of calcium per day. And many other factors were likely involved in their longevity, including a healthy diet, activity/exercise, and lack of stress.

The primary Japanese company harvesting coral calcium from these waters, Marine Bio, had been conducting research on the health benefits of coral calcium for a number of decades. Some of this research was presented at two Japanese health conferences in 1997 and 1998. Their data apparently showed ionization of the calcium within 20 minutes and 60-70% absorption of calcium. Data was presented showing improvement in bone mineral density from 600 mg of coral calcium daily, especially when also combined with milk, strength training, and walking. The company also had unpresented and unpublished human data showing potential benefits for blood pressure and relaxation.

This type of data is often accumulated by a company trying to figure out for themselves if they think a supplement has market potential. It is preliminary science. No hard and fast conclusions can be drawn from it because they are not controlled studies, peer reviewed, and published in the literature.

One question that is often raised is the sustainability of coral reefs being used for calcium supplementation. It is important to understand that Marine Bio is under strict Japanese government regulations to ensure the preservation of the coral reefs off of Okinawa. No living reef is ever used for coral calcium. The coral that is used is harvested from the non-living coral sands beneath the sea that are a specified distance away from the living reefs to ensure no possibility of damage to the reefs. This is a sustainable and environmentally friendly operation.

This type of coral calcium has naturally occurring 2 parts calcium to 1 part magnesium – along with numerous trace minerals important for human nutrition. The primary supplier of this raw material in the US, OptiPure, has an impeccable record of providing a variety of high quality nutraceuticals from Japan. Testing is done in the U.S. to ensure lead levels significantly below the proposition 65 levels required by California law (meaning essentially lead free). The company performs identity testing to ensure it is the actual coral calcium with a naturally occurring 2:1 magnesium and numerous trace minerals.

They have done their own ionization studies using independent U.S. labs showing that coral minerals rapidly ionize within 15 minutes, making them easy to absorb. This is a major difference compared to rock-based calcium carbonate that requires large amounts of stomach acid for ionization and absorption. There is one small published study on human coral calcium absorption compared to plain calcium carbonate absorption. It showed that coral calcium was significantly better absorbed.

There are no specific human trials showing coral calcium intake increases bone density. This means that if you are taking it for bone health you are doing so because it is an easy to absorb form of calcium and plenty of science shows that calcium helps bones.

Unfortunately, there is little profit to be made funding expensive coral calcium research for bone health. However, there is money to be made finding an ideal bone graft material for bone reconstruction purposes. And it is quite fascinating that significant research is being done with coral calcium in this context. This research is shining the light on the unique properties of coral calcium which help demonstrate its role as a valuable bone support nutrient.

With improvements in our understanding and medical applications of stem cells, interest in coral calcium as a growth medium for new bone are now under intense scientific study. The unique three-dimensional crystalline structure of coral minerals turns out to be an ideal template for encouraging new bone growth. Coral minerals are combined with hyaluronic acid, a nutrient that is the backbone for forming any new structure in the human body (also available as a dietary supplement). And to this the researchers add mesenchymal stem cells, creating a recipe for generating new tissue such as bone.

Other researchers have shown that seeding dental pulp stem cells onto a coral calcium scaffolding matrix causes the stem cells to quickly secrete new tissue matrix as well as transform themselves into new osteoblasts to fill in cavities. These osteoblasts secreted high levels of osteocalcin and utilized the coral calcium to help fill in the cavity, creating an engineered biocomplex of healing material.

The dynamic properties required of a scaffolding matrix substance are explained by the authors, “The scaffolds used in tissue engineering for bone regeneration must also act as a template for cell adhesion, migration, proliferation, cell to cell interactions and the formation of bone-extracellular matrix, providing structural support to the newly formed tissue. In addition, they can serve as delivery vehicles for cytokines such as bone morphogenetic proteins (BMPs), insulin-like growth factors (IGFs) and transforming growth factors (TGFs) that stimulate recruited host precursor cells to differentiate into bone-matrix producing cells, thus providing osteoinduction. Finally, scaffolds for osteogenesis should have an interconnected porosity so as to help tissue integration and vascularisation.” It is well worth noting that coral calcium has all of these properties, making it far different than calcium carbonate from rock which does none of this.

Collectively all of this bone graft research has shed considerable light on the unique properties inherent in coral calcium, an organic mineral supplement of calcium, magnesium, and many trace minerals.

Coral calcium qualifies as an excellent option for supplemental mineral nutrition. In its powder form it is easy to mix in water or juice, enabling even small children an easy way to boost their calcium and magnesium intake.

It is unfortunate in our society that research is primarily driven by potential profits rather than potential benefits for human health. Coral calcium is a nutrient with great promise.

As a practitioner I have used coral calcium for the past 20 years, in all kinds of people with all kinds of problems. I stand fully behind it as an excellent form of mineral nutrition.