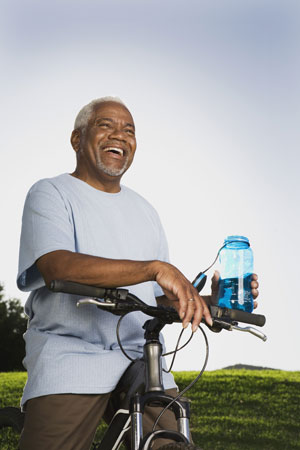 Drugs like Benadryl, Coumadin, Sominex, Klonopin, Detrol, Flexeril, Lasix, and Elavil have something in common. They are in the class of anticholinergic medications. The use of these drugs affects the neurotransmitter acetylcholine, the memory neurotransmitter. There is a growing body of evidence with researchers and healthcare providers questioning how safe anticholinergic medications are with long-term use and its impact on those 55 years of age and older. Several studies demonstrate significant short-term adverse effects with memory and cognitive function. More recently, there is evidence that these drugs can lead to development of dementia or worse, even years after use.

Risk for Dementia Years after Anticholinergic Drug Use

The JAMA study from March 2015 found that in a remarkable, comprehensive study, anticholinergic drug use is indeed associated with increased risk for dementia. They evaluated 3,434 adults, 65 years of age and older from the Seattle, Washington area who were followed for an average of 7.3 years. The most common individual drugs used by participants were tricyclic antidepressants - doxepin, (Silenor, Prudoxin, and Zonalon), first-generation antihistamines - chlorpheniramine, (Chlor-Tabs, Aller-Chlor, Teldrin, and Chlor-Trimeton¬), and bladder control medications - oxybutynin (Ditropan, Gelnique, and Oxytrol). These are considered strong anticholinergics. Other anticholinergics drugs were also used.

The analysis showed that 78 percent of the participants used an anticholinergic medication at least once in 10 years. The eye opening finding showed that nearly 800 participants in the study (23 percent) developed dementia, usually Alzheimer’s disease. The dementia onset occurred regardless of if the anticholinergic medication had been taken recently or years ago. This class of medications is known for its ability to impair memory during drug use, but it has been always been considered as a short-term side effect. In this JAMA study, it was identified that the dementia risk did not go away when the drug was stopped. The risk continued even though the drug was well out of the system years later. It was also found that the higher the use of the medications, the higher the risk of dementia.

The 2016 BMJ article used the same group participants and information as the JAMA study. They looked at one type of anticholinergic drugs, benzodiazepines to see if there was a higher risk of dementia or rapid cognitive decline in this same study population. Their findings showed a slightly higher risk of dementia in people with minimal exposure to benzodiazepines but not with the highest exposure. The results did not show the same outcomes with dementia as the JAMA study, thus promoting more discussion and banter within the medical research community.

A more recent review and meta-analysis study in the journal PLoS One analyzed numerous studies on anticholinergic medications in those 55 years of age and older. Some of the findings revealed that there was no association with the medication use and cognitive performance whereas other studies found that indeed there was a link between higher intake/longer use of anticholinergic medications and reduced cognitive ability or increase in dementia.

Triple the Risk of Death

Perhaps it is the predicted explosion of dementia and the impending burden on healthcare that is pushing this issue to the forefront of headline news. However, the story about cognitive side effects is not new. The British Journal of Psychiatry May 1982 and other studies even 20 years earlier demonstrated a negative impact of this drug class on memory in the elderly.

In the study from nearly 35 years ago, it was suggested that anticholinergic medications be avoided in the elderly after a double-blind trial revealed significant memory impairments in those who took the drug. Though the side effects were considered short-term, the memory impairments were so significant that the researchers found that the drug side effects resembled Alzheimer’s disease.

This has led to a general consensus that the medications should not be used in the elderly or those at risk, but if used, the side effects were considered temporary or caused only acute impairment. Despite these warnings decades ago, anticholinergic medications have continued to enter the market and are generally regarded as safe for use. The new JAMA study and others definitely challenge this supposition of safety.

What are Anticholinergic Medications?

Acetylcholine is also found throughout the body. It works with the peripheral nervous system and the autonomic nervous system. Skeletal muscles and movement require acetylcholine as a messenger. Cardiac muscle and smooth muscles like the digestive tract also depend on acetylcholine for normal function. Acetylcholine is essential for the vagus nerve, which is a cranial nerve. It affects heart rate, digestion, liver, breathing, and even gut bacteria. Common adverse effects from these medications include dry mouth, nausea, vomiting, constipation, abdominal pain, urinary retention, blurred vision, tachycardia, and cognitive impairment.

Anticholinergic drugs are used to treat medical problems such as some sleep disorders, depression, muscle cramps, bladder problems, asthma, COPD, some gut motility disorders (diarrhea, incontinence), hypertension, motion sickness, poisoning from pesticides, and some neurodegenerative diseases like Parkinson’s disease. Certain anticholinergic medications have higher risks than others due to their function and how potent they are. They are classified according to the level of risk that they may pose.

Many studies performed over the years focused on short-term effects, but did not have long-term effects until recently. Long-term safety with many drugs simply does not exist and the consumer is the one who suffers the risk, while the pharmaceutical companies count their profit.

Scientists have yet to fully identify the defining reason for why the risk continues years after the drugs are stopped. There is some evidence that amyloid plaque is building up in the brain with the drug use, but it is not definite. The amyloid plaque reflects the same neurodegenerative changes seen in Alzheimer’s disease. Does taking a medication that immediately causes a disruption in memory function also cause further disruptive, cumulative damage in the acetylcholine pathways? Or does it cause cumulative damage crossing the blood brain barrier, affecting the memory center of the brain?

Regardless, this is a wake-up call to all those using these medications. The JAMA study was based on adults age 65 and older. The PLoS One study was on individuals age 55 and older. The concern, however, should be for all ages of those who use such powerful drugs. For example, is the twenty-something who is on Benadryl and Paxil for years, now at risk for dementia when they are in their 40’s or 50’s?

With the reduction in brain resiliency because of GMO’s, Round-up, and reduced nutritional reserves, autoimmune disorders, brain disorders like ADD, autism, chronic pain, and the rise in neuropathy problems that affect the nervous system, it should raise red flags with each person placed on these meds. It makes one cringe at the thought of what future generations may experience with the risk and plight of dementia with anticholinergic medication use.


If you have used anticholinergic medications in the past, consider taking nutrients to help replenish this primary neurotransmitter, acetylcholine. Choline is the main precursor for the body to make acetylcholine. Dietary sources of choline are primarily from eggs, meat, and fish. Smaller amounts are found in vegetables, fruit, chocolate, and peanut butter. Supplemental phosphatidylserine, coenzyme B vitamins, and alpha GPC (the most active form of choline), help to replenish choline in the body.

Choline is also essential for methylation. It sends chills down my spine when I think of the use of anticholinergic medication in individuals who have methylation defects, which can impair choline function and are undiagnosed or poorly managed. The subtle and not so subtle changes that can occur from this gene-nutrient dysfunction with loss of health over the years may be averted if other choices are made.

Acetylcholine is one of the most abundant neurotransmitters in the body. Dementia isn’t the only risk with loss of choline; neuropathy and autoimmune disorders are just two concerns that come to mind.

Ask your medical provider for safer prescription alternatives if you need medical support. Natural options many times may be used with medications. This often helps reduce the need for high doses. Natural options may also offer a choice to support healthy function without serious drug risk. If you are on an anticholinergic medication or have a need for support, there are several natural options. Many pesticides or organophosphate products cause irreversible damage to the nervous system. Avoid exposure from these substances as much as possible. Look at the product label to see if it is a cholinesterase inhibitor. Consider other natural or less toxic pest removal options.