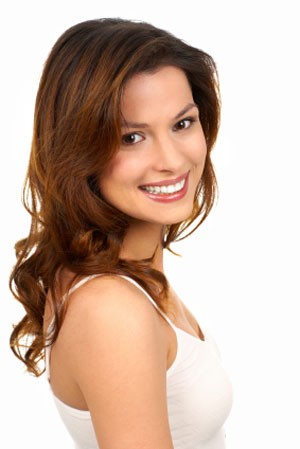 Clumps of hair in the bathtub drain. Handfuls of hair in the hair brush. Loss of eyebrows or worse. These are often symptoms related to the autoimmune disorder alopecia areata. In the last several years, there has been a marked flurry of activity in trying to understand the devastating and disheartening disorder of alopecia areata or autoimmune hair loss. The amount of hair loss varies from person to person with the loss ranging from small round quarter size patches to total loss of all body hair include eyebrows, eye lashes, and even nostril hair. Most people don’t experience this severe loss, but none-the-less many struggle with the emotional stigma with this problem and often wonder what they can do to stop this disfiguring hair loss. Here are some helpful tips.

A recent study with a different perspective showed that gene alterations with DNA methylation at the MTHFR gene 677T and other genes involved with the methylation process were linked with autoimmune hair loss. Methylation defects may affect up to 45 percent of the population or nearly one out of every two individuals. Identifying this genetic alteration information opens the doors to a far deeper understanding. It provides powerful possibilities with nutritional support. A separate study showed similar problems with DNA methylation confirming dysregulation of these genes and alopecia.

A recent study with individuals who had AA showed a number of practical lab measurements that helps put the DNA methylation defects into perspective. The study measured levels of folate in the red blood cells (RBC) along with homocysteine and the inflammatory marker highly sensitive C-Reactive Protein (CRP). The patients with hair loss all had markedly lower levels of RBC folate. The patients who had the most severe loss had the lowest levels of folate. The CRP and homocysteine measurements were not significantly affected in this study.

A viral infection such as getting hit with influenza sometimes triggers the hair loss. The excess production of interferon as a response to the virus may cause the immune system to attack against the hair follicle. Other reports have discussed a link with Lyme’s disease. Once the Lyme illness resolved, the autoimmune hair loss fully recovered.

Often in looking at a patient’s history, one will see the build-up of a perfect storm before the onset of symptoms. The sheer number of chemicals in our food supply absolutely take a toll on the immune system. Add in chronic gluten intake at levels and types our bodies have never seen to this extent in modern times. High stress levels provoking oxidative stress is rampant, i.e. high levels of daily wear and tear with inadequate sleep. Add in genetic risks and provoke it with low-grade nutrient intake, followed by an infection of some sort and it becomes the straw that broke the camel’s back.

There is never one single smoking gun with autoimmune disorders including alopecia areata. As with any autoimmune disorder and inflammatory burden, identify and remove as many of the triggers as possible. Get extensive testing for gluten intolerance, methylation defects, and chronic infections. Address the co-existing autoimmune disorders. By taking the burden off the body, often the innate healing response kicks in. Suffering silently and feeling helpless with hair loss disorders doesn’t have to happen. Take charge of your health today!

Calcium – Are You Getting Enough?

Kids and Blood Sugar Dysregulation: The Next Epidemic is Here