The Many Faces of Gluten Intolerance 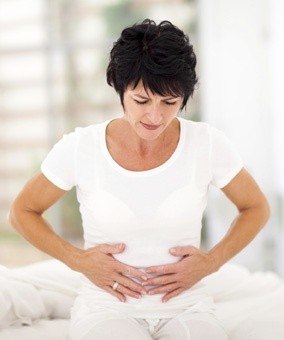 Gluten free. You see this label on menus and grocery items now more than ever. Books on gluten and gluten intolerance have been on the New York Times best selling list for months. It seems to be the hot topic and dietary trend. Is this a fad or is gluten intolerance real? It is a very complex topic with the knowledge about gluten intolerance expanding and evolving. Here are some things that we do know.

The overall prevalence of gluten-related disorders is still unknown and difficult to calculate because many individuals are undiagnosed. Celiac disease is now considered one of the most common genetic disorders in Europe and Asian Pacific region with a prevalence of up to 2.67 percent of the population. The true occurrence of the many faces of gluten intolerance is considered grossly underestimated, but clearly affecting the food industry market with 2010 sales of gluten free products at $2.5 billion in the US.

There are three main categories of gluten reactions. They are allergic (wheat allergy), autoimmune (celiac disease, dermatitis herpetiformis, and gluten ataxia), and immune-mediated (gluten sensitivity). These findings apply to both adults and children. Gluten containing foods are anything made with wheat flour, white flour, wheat, rye, barley, and non-gluten free oats. This includes whole wheat breads, white breads, rye, sourdough and sprouted breads,12-grain and multigrain products, pastas, bagels, baked goods, etc. and multitude of hidden sources made with these flours.

Wheat allergy occurs with allergic reactions within minutes to hours after exposure. Symptoms involve the skin, GI tract or respiratory tract and may include wheat-dependent, exercise-induced anaphylaxis (WDELA), occupational asthma (Baker’s asthma), rhinitis (runny nose), and contact urticaria (eczema). IgE antibodies are the immune compounds involved with the disease. This is a food allergy response similar to someone eating shrimp, peanuts, or strawberries and having an immediate allergic response.


Celiac disease is an autoimmune inflammatory disorder of the intestinal tract. The symptoms occur gradually, taking months or years after gluten exposure. Celiac disease has a genetic link and is strongly associated with the genes HLA-DQ2 and HLA-DQ8. Diagnosis is usually confirmed by testing a number of antibodies including anti-endomysial antibodies (EMA), anti-tissue transglutaminase antibodies (tTG), and anti-gliadin antibodies (AGA). Elevated IgA levels may also be present. Many patients are however immune fatigued or deficient in IgA, which will cause false readings and should be screened with a different immune marker - IgG. Another method of diagnosis is through small intestine biopsy which show villous atrophy, crypt hyperplasia, and increased intraepithelial lymphocytes or IELs. This type of testing may not show early stages of celiac disease as the pathologists typically look for major villous atrophy. The biopsy results are not strictly related with celiac disease. There may be other disorders with similar characteristics.

Common symptoms are diarrhea, steatorrhea or undigested fat in the stool, and weight loss. There may be other symptoms and disorders related to celiac disease outside the digestive tract. These include osteoporosis, Hashimoto’s thyroiditis, Grave’s disease, type I diabetes, anemia, and many neurological problems. Celiac disease causes significant problems also with increased gut permeability.


Gluten ataxia is a disorder that causes the destruction and shrinkage of the cerebellum, the part of the brain that is involved with balance and movement. Gluten contains proteins that cross react with nerve (Purkinje) cells creating widespread autoimmune damage in the cerebellum. Loss of balance when walking, poor coordination, frequently bumping into things, hand tremors, problems with eye movements/nystagmus, feeling tipsy and drunk unrelated to alcohol ingestion are signs of cerebellar damage. Fine motor skills may become difficult. Things like writing, buttoning clothes, zipping zippers, playing a musical instrument, or sewing become more challenging because of the damage to the cerebellum. Both dermatitis herpetiformis and gluten ataxia can occur without digestive symptoms.

Symptoms of gluten sensitivity may resemble those associated with celiac disease but the majority of symptoms occur outside of the digestive tract. Digestive symptoms or a history may reveal Irritable Bowel Syndrome – diarrhea type or symptoms with abdominal pain, bloating, diarrhea and sometimes constipation. Other symptoms are foggy head, behavioral changes, headache, fatigue, joint and muscle pain, leg or arm numbness, dermatitis/eczema, depression, bone loss, thyroid stress, adrenal dysfunction, and anemia. Symptoms worsen after consuming gluten containing foods within a few hours to a few days and disappear after complete withdrawal from gluten.

Scientists are looking into a number of factors in determining how and why gluten sensitivity occurs. It quickly gets complicated. For the science and technically oriented readers, this is some of what researchers are finding. Gluten sensitivity does not have the same lab markers or intestinal biopsy results as celiac disease. Villous atrophy in the gut is absent as are antibodies to the tissue Transglutaminase (tTG) or the anti-endomysial antibodies (EMA) but patients often test positive to gliadin antibodies. It is estimated that only 50% of the population with gluten sensitivity has the HLA-DQ2 or DQ8 genes. Gluten sensitive patients have an up-regulation of claudin-4 and toll-like receptor-2, a reduction in T-regulatory cells, and an increase in certain types of intraepithelial lymphocyte cells (WBCs). These reactions may play a major role as triggering the innate immune response. In celiac disease, it is the adaptive immune response that is triggered. Interestingly, gluten sensitivity does not cause intestinal permeability like celiac disease does.

The sources of irritation occur with the anti-gliadin antibodies, anti-tTG type 2, and anti-neural antibodies. They attach to the nerve tissue and interfere with neurotransmitter release and creating high levels of inflammation and activation of inflammatory gene signals. Anti-GAD (glutamic acid decarboxylse) and anti-ganglioside antibodies are also of great interest and is a lab marker of gluten sensitivity. Anti-GAD antibodies work against the main inhibitory neurotransmitter, GABA, which is essential for helping the brain deal with daily stimulation. The inflammatory reactions and high antibody levels are the reasons for the prevalence of brain and neurological challenges seen with the many faces of gluten intolerance.

Beside gluten and gliadin as triggers for gluten sensitivity, there may be issues related with wheat amylase-trypsin inhibitors and FODMAPS or low-fermentable, poorly-absorbed, short chain carbohydrates. This is a completely different type of reaction unrelated to celiac disease that contributes to gluten sensitivity and other food intolerances often seen with the FODMAPS and GAPS diet. As you see, this is an extremely complex topic still being teased apart. It has taken nearly forty years of research to really understand celiac disease. It may take that same amount of time to fully understand gluten sensitivity. World-class celiac disease researchers like A Fassano, A Sapone, and M Hadjivassiliou agree, however, that if a gluten challenge causes symptoms then it is essential to remove gluten from the diet despite lack of lab markers.


Why is gluten intolerance so important to understand? In many cases, tissue damage occurs before there is a full blown disease that can be diagnosed. Specifically, celiac disease reactions are often present causing silent tissue damage years before the full diagnosis. Disorders such as type I diabetes, Hashimoto's and Grave's disease, cerebellar shrinkage, or osteoporosis linked specifically with celiac disease doesn’t happen overnight. The destruction and the disease development happen gradually over months and years. It’s like watching an ice cube melt at 34 degrees. It can take decades for the full effect of gluten intolerance to be recognized and by that time the tissues have been destroyed and the disease process is full blown.

Brain, Neurological, and Other Consequences


There are many disorders linked with gluten intolerance including the ones that were previously discussed. Brain and neurological health seems to be particularly affected quite hard. Disorders such as schizophrenia, seizure disorders, ataxia and cerebellar degeneration, neuropathy, depression, migraines, anxiety, attention deficit and hyperactivity disorder, autism, multiple sclerosis, bipolar disease, myasthenia gravis, myopathy (muscle pain and fatigue), dementia, and white matter lesions are noted to be related with gluten intolerance. White matter lesions are often seen on brain MRIs and reported as a normal variant. They look like little white dots, the size of a pencil head. White matter lesions are reflections of localized inflammation and scar tissue. Celiac disease also predisposes to the development of gastrointestinal cancer especially lymphomas and small bowel adenocarcinoma, but studies on this topic are scarce overall. Other disorders linked with gluten intolerance include microscopic colitis, rheumatoid arthritis, and other demyelinating neurological disorders. This list of disorders does not mean that all concerns listed are due to gluten intolerance and is the only cause. It does mean though that it needs to be thoroughly evaluated and ruled out.

If you are gluten intolerant and don’t adhere to dietary abstinence, you need to be aware of the study published in JAMA September 16, 2009. It clearly showed that risk of death was increased in patients with celiac disease and “latent” celiac disease.

Another consequence seen with gluten intolerance and its effect on the brain involves the blood brain barrier. Recent research demonstrated that in schizophrenic patients with celiac disease the blood brain barrier was disrupted with the consumption of gluten and casein. Casein is a common cross reactive food with gluten, i.e. it can mimic gluten for those who are immunologically sensitive. This means that gluten and casein ingestion caused a leaky blood brain barrier or “leaky brain syndrome”. In many regards this is akin to “leaky gut syndrome”. Leaky gut often means there is presence of “leaky gut syndrome”.


As you can see, the topic of gluten intolerance is vast and complicated. It is a real problem for many reasons not discussed. If you suspect that you or a loved one is gluten intolerant, one of the best ways to check it out is to remove all gluten containing foods for at least three weeks. Reintroduce the foods after the hiatus and see how you feel. If depression, mood swings, gas, bloating, IBS, joint aches, skin rashes, etc comes back, then that’s your answer. If you don’t see a reduction in symptoms and have a lot of problems, it may take up to 18-24 months for your immune system to regain function after removal and for health to rebound. Don’t give up. Consider getting in-depth testing with the various antibodies listed above and the genetic markers. Consider testing for “wheat-gluten proteome autoimmune reactivity” for difficult to identify problems and “gluten associated cross-reactive foods” if you are gluten sensitive. Gluten associated cross reactive foods is not the same issue as cross contamination.

There are also tremendous educational resources available online, thru your local library, blogs, support groups, and many other venues to help navigate through food choices and information.

Nutritional resources vary depending on the tissues affected by the gluten intolerance. There are many nutritional deficits that occur with celiac disease and even with dietary changes that you may struggling with in knowing what to eat after removing gluten and potential cross-reactive foods.

In the context of celiac disease and the concerns with increased gut permeability, it is critical to support the healing process and reduce the permeability.

Gluten intolerance has many different faces and it will take a long time for science to fully understand each aspect. If you suspect that you have a problem, get help. If you test for only one lab marker and it is negative, you have missed the rest of the gluten iceberg. If you have a history of autoimmune disorders especially any that were listed earlier in this article, it is absolutely imperative to delve into this topic and prove that you have zero risk of gluten intolerance. Knowledge is empowering and helps one take control of their health destiny. Gluten intolerance is real, but it needs to be dealt with wisely. Don’t belittle the impact of the disease. By the time end-stage diseases are developed, the ship is hard to turn and to keep from sinking.