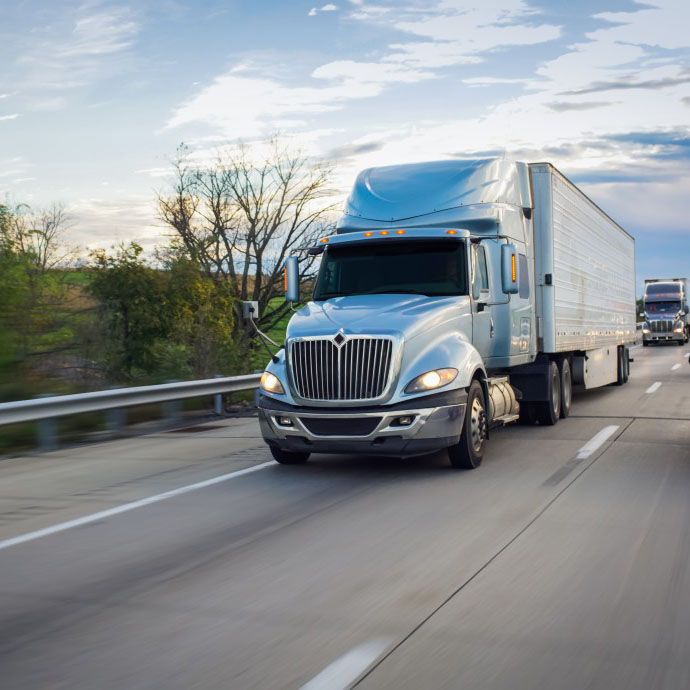 Sitting behind a diesel exhaust spewing bus or truck, or if you live near a filling station with diesel trucks idling, you know the unpleasant scent. It is more than just a scent or odor that you breathe in. Like other chemicals you are exposed to in the environment, it has an impact on you even though you may not “feel” it.

In the case of diesel exhaust, it affects a myriad of things within your body including cardiovascular and cholesterol health, liver, lungs, brain, pancreas, and mitochondria. Whether you have insidious, low level, or repetitive, high occupational exposure to chemicals in the environment, like diesel fumes, your body is in a constant state of managing these exposures. Daily protection and detoxification needs to be part of your game plan to navigate through these ubiquitous chemical exposures.

I recently spoke with a friend who shared about her decline in health, in part due to living near a business where diesel trucks idle their engines for hours at a time. After our conversation, I did some research on the effects of diesel exhaust. Just like many other chemicals in the environment, diesel exhaust is more than just a nuisance. It is a significant challenge and perhaps is haplessly overlooked or dismissed. Think about you or your family member’s exposure to diesel exhaust as you peruse through this article.

The number one environmental risk factor for mortality is air pollution. It is the fifth-greatest risk factor all-cause mortality. One compound that contributes globally to air pollution is diesel exhaust. Diesel exhaust is filled with hundreds of chemical compounds that are emitted as gas or particles. Regulatory boards and emissions tests are designed to lessen the overall concerns with pollution, but difficulties still occur.

Diesel particles and gases come into the body primarily via inhalation thru the lungs and by swallowing and entering the GI tract. The particles then circulate to the liver and entire circulatory system. Diesel exhaust exposure creates oxidative stress in multiple areas of your body.

One study entitled “Diesel Exhaust Induces Mitochondrial Dysfunction, Hyperlipidemia, and Liver Steatosis” reveals the insidious adverse cellular challenges that diesel exposure causes to cholesterol, liver and mitochondria. In this first of its kind study, mice were exposed to diesel exhaust for six hours a day, five days a week, for 16 weeks. At the end of the trial, several measurements were taken and compared to the control group that was exposed to filtered air.

The group exposed to diesel exhaust had evidence of increased and damaged total cholesterol, LDL, VLDL, HDL, and triglyceride levels within the blood stream and liver. Cholesterol particle sizes were small, dense, and hard, which reflected oxidative stress and increases heart disease. You can learn more about cholesterol particle size in the article Health Clues and Tips for Your Heart and Weight: Part II.

Not only is liver and cholesterol metabolism impaired, other recent findings demonstrate that diesel exhaust particles are toxic to pancreatic beta cells. Beta cells affect insulin secretion and blood sugar management. This animal study showed DNA damage to the pancreas along with decreased glutathione antioxidant levels and faulty cellular energetics.

In the case of other natural environmental challenges like pollens, recent information shows that when diesel exhaust combined with environmental allergens, respiratory irritation increased. In this study, mice were exposed to diesel emissions and pollen extracts from Artemisia shrubs. Measurements were taken during the 36-day study between the control group and exposed group.

The respiratory tract showed numerous changes with swelling in the tracheal wall and lung airways, which resulted in increased airway resistance or asthma. Inflammatory markers like NF-kappa B were significantly increased and TH17 and T-reg immune cells became unbalanced. Their concluding statement – “Our findings suggested that pollens exposed to diesel exhaust enhance allergic responses, which may contribute to an increased prevalence of allergic diseases in urban environments with serious exhaust emissions.”

Another recent article showed a very interesting response with melatonin levels in the body in response to very small diesel particles that affected the immune-pineal axis. This refers to the immune system’s interaction feedback loop with the pineal gland. The pineal gland is a small endocrine gland within the brain that secretes melatonin. Melatonin is your sleep hormone that affects sleep patterns with daily and seasonal cycles. Melatonin is also a powerful antioxidant.

In this animal study, diesel particles activated inflammation, which affected the immune-pineal axis. After just 6 hours of exposure to polluted air, nighttime levels of melatonin in the pineal gland/brain were decreased, but lung levels of melatonin increased. It was a shift away from how the body normally uses melatonin as a sleep hormone, but rather as an antioxidant to aid in protection against diesel particles affecting the lung tissue. This might make you question if your insomnia might be related to chemical exposures.

Diesel Exhaust Cause of Major Health Crisis in Mexico

Researchers evaluated 134 autopsies of individuals who ranged from 11 months to 30 years. They were residents of the metropolitan area and had life-time exposure of fine particulate matter, most from non-regulated diesel vehicles, and ozone levels that were above regulatory standards.

Beta amyloid and tau proteins levels were found with autopsy results. The gene, APOE 4 alle, which is the highest concerning genetic risk for Alzheimer’s disease, was also measured.

Results were very alarming and showed marked progressive degeneration with cognitive impairment and brainstem dysfunction associated with Alzheimer’s disease in children. In 99.25% of the 134 autopsies, the scientists could measure the stage and progression of the Alzheimer’s disease. The average age for dementia was 20.6 years of age. Those who had the APOE4 gene were more likely to commit suicide.

Diesel exhaust particulate exposure is a concern and a threat to health. Whether it is occupational or environmental exposure via repair shops, factories, semi-trucks, farm equipment, fire trucks, buses, trains, or motor vehicles with diesel engines, city, suburban, freeways, or rural, diesel exposure is a global concern.

Just as with other chemicals that induce oxidative stress, in addition to a healthy diet and lifestyle, it is imperative to fortify your nutritional stores to aid in antioxidant and detoxification support for your whole body. If there are significant concerns of diesel exposure, use medical grade air purifiers for your home, office, and vehicles.

Diesel fuel was first discovered in 1892, by German engineer, Rudolf Diesel. In his quest to power engines, he could not have foreseen how many ways, positive and negative, his discovery would impact the world. We, however, have insights into ways to help our body manage this chemical exposure. You cannot turn a blind eye to it. Pay attention to your risks and change what you can.