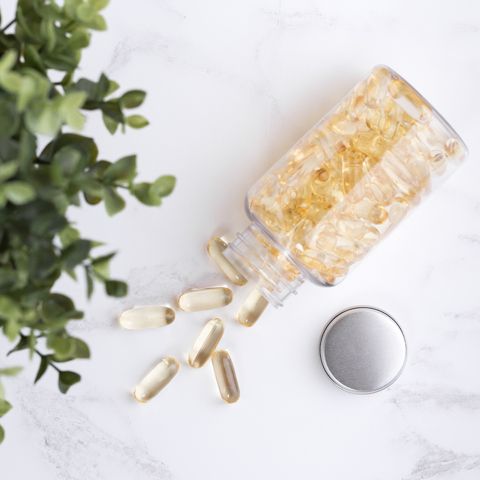 Each holiday season, many people fall prey to their cravings and later resolve to slim down in the New Year. Here’s how to stay out of that pattern this year!

The primary issue that gets in the way of weight management is subconscious cravings. In a way, evolution is working against us on that. Cravings are a powerful survival instinct and will override any amount of willpower you have. The key to overcoming the subconscious urge to eat is to eat in harmony with the fat hormone leptin.

Leptin runs the switchboard in your subconscious brain, telling you when you are hungry or not hungry. Leptin takes input from multiple signals relating to energy need. Some of these signals come from the digestive tract itself, others are triggered by activity or stress, and others are simply monitoring nutritional, blood sugar, and energy status within the body and reacting to changes that are occurring.

Start by following the Five Rules of The Leptin Diet:

3. Do not eat large meals. Finish a meal when you are slightly less than full.

4. Eat a breakfast containing protein. A high protein breakfast can increase your metabolic rate by 30 percent for as long as 12 hours.

If cravings are always your biggest diet downfall, no need to fret. Getting the fat hormone leptin in balance will eventually eliminate inappropriate cravings. If you find it difficult not to snack or eat after dinner, pine nut oil is a natural supplement that can help you tame the urge to overeat or snack.

Pine nut oil has been used for thousands of years as a powerful appetite suppressant. The historical use of pine nuts and their oil is extensive. For example, when there was a shortage of food during the harsh Siberian winters, indigenous people would eat the nuts or a tablespoon of oil to produce a feeling of fullness. Other traditional uses for the fatty acids of pine nuts include combating respiratory infections, soothing ulcers and digestive inflammation, supporting circulatory health, supporting mood and sex drive.

In modern times, it has been proven that pine nut oil works as an appetite suppressant by dampening two major appetite signals cholecystokinin (CCK) and glucagon-like-peptide-1 (GLP-1). In a double-blind study it was concluded that supplementing with 3 grams of pine nut oil can suppress appetite within half an hour by boosting an important full signal CCK by 60 percent. This resulted in a 29 percent lower desire to eat for four hours! Another controlled study showed that taking 2 grams of pine nut oil half an hour before eating at an all-you-can-eat buffet resulted in eating 9 percent less calories. Science continues to show that supplemental pine nut oil is a potent appetite suppressant and a great weight management aid.

Successful, long-term weight management requires balancing leptin. Nutritional supplements like Pine Nut Oil can be used to help prevent you from getting into a wrestling match with subconscious cravings that are difficult to overcome. Take 2-3 capsules of pine nut oil before a holiday party and stop cravings before they even start. Don’t fall into the old trend of feeling guilty after overdoing it. Stay ahead of cravings during the holiday season.