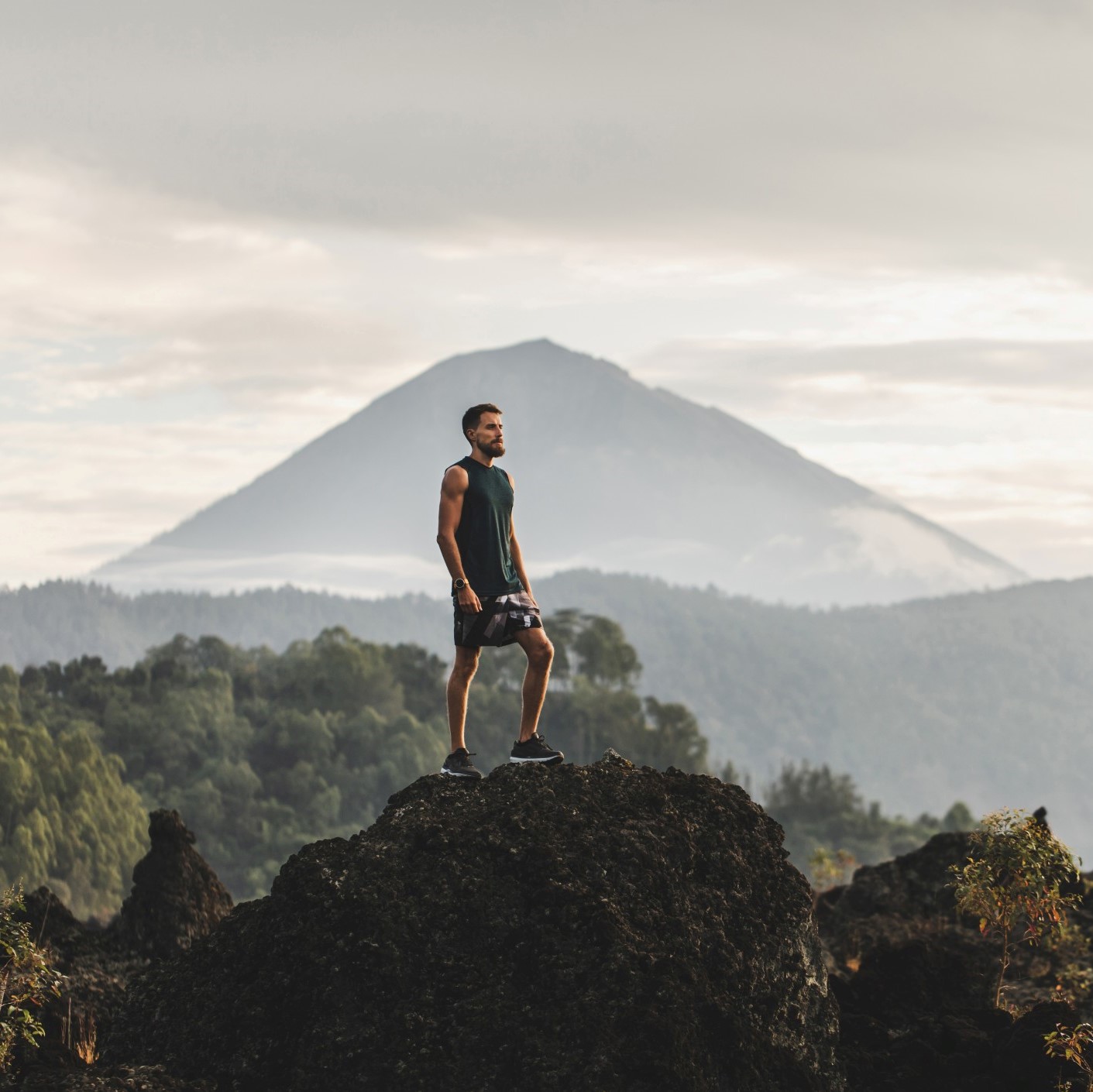 Coenzyme Q10 is a popular supplement for heart health, energy, and more. Discovered in 1955, vast amounts of detailed information about its function are now known. Coenzyme Q10 is vital to your cell function and energetics throughout your body and is critical for energy production.

Your body naturally makes coenzyme Q10 (CoQ10). Abundant amounts are produced during youth, but from the age of 25 and older, or as you experience a decline in health, production of coenzyme Q10 levels dwindle. By age 65, coenzyme Q10 production has been reduced by 50 percent compared to its peak amount.

Scientists estimate that your body uses about 500 mg/day of coenzyme Q10 and stores an average of 2000 mg in reserves. Only about 5 mg of Q10 is found in food, so your body must make it every day.

Use of cholesterol lowering medications, like statins or tricyclic antidepressant medications like amitriptyline, amoxapine, climipramine, doxepine, and nortriptyline, etc., also deplete CoQ10 levels in your body.

Coenzyme Q10 is made and used inside mitochondria, which are cellular energy factories. The highest amounts of Q10 are found in the organs that have greatest metabolic activity, i.e., your heart, kidneys, and liver. Of these, the liver is considered the primary site of coenzyme Q10 production.

Significant levels of CoQ10 are also found in your muscle, brain, pancreas, spleen, lung, thyroid, testes, small and large intestine, heart ventricles, and plasma, with lesser amounts in other tissues. The metabolic activity in these organs with their vast number of mitochondria demands optimal levels of Q10 for normal function, to make energy, and provide antioxidant protection.

When CoQ10 levels decline, so does efficient energy production. An increase in free radicals and oxidative stress also occurs. Insufficient CoQ10 reduces the production of ATP, the primary energy storage molecule in the cell. This results in fatigue, diminished endurance and exercise tolerance. Low Q10 levels create a broken supply chain for energy production, which makes it harder for your body and brain to work with less energetic vitality for your organs and tissues.

Coenzyme Q10 is made inside the inner membrane of mitochondria. The most important thing that CoQ10 does is to take part in the mitochondrial electron transport chain in this inner membrane. It carries electrons to different complexes inside the membrane, which are like factory assembly lines for energy production. The more efficient the transport of electrons from one complex to another is within the inner membrane, the greater the production of ATP. Coenzyme Q10 is critical for this activity.

CoQ10 as an Antioxidant

CoQ10 also plays a role in the transfer of protons in the inner membrane of mitochondria, which creates energy production and simultaneously provides antioxidant protection. This is where Q10 changes from ubiquinone to ubiquinol and is recycled back and forth. This process requires NADH enzymes, which are special metabolites of niacin.

Coenzyme Q10 also functions as an antioxidant inside and outside the mitochondria within cells. It helps recycle and support other antioxidants like vitamin C, E and major antioxidant defense systems.

A recent systematic review with meta-analysis of 17 randomized clinical trials demonstrated the efficacy and power of CoQ10 as an antioxidant. CoQ10 supplementation raised total antioxidant capacity and super oxide dismutase (SOD) levels while it reduced malondialdehyde (MDA). SOD is a powerful antioxidant defense enzyme system. MDA is a biomarker for cellular oxidative stress.

Inside your heart, blood vessels, and endothelial lining, in addition to mitochondrial activities, coenzyme Q10 does many different things. It assists with movement of calcium within cardiac muscle cells which allows for muscle contraction. It also does this for skeletal muscle.

CoQ10 ubiquinol quenches other types of free radicals that damage lipids or cause lipid peroxidation. Lipids that need antioxidant protection include cholesterol particles - HDL, LDL, VLDL as well as the lipids that build and make-up your cell membranes and nerves.

CoQ10 affects energy metabolism and blood sugar metabolism in your liver. Your liver manages your blood sugar and other detoxification and metabolic activities 24/7, lending to a very high demand for CoQ10. A clinical trial showed that 150 mg/day of Q10 enhanced blood sugar management.

Studies show that Q10 acts as an AMPK activator, which is a master enzyme switch for metabolism. When AMPK is turned on, it helps cells make energy by burning fat and glucose. This makes Q10 potentially very helpful in managing fat accumulation in your liver and has been especially helpful for triglyceride metabolism.

Your kidneys have very high metabolic activity and need a large supply of CoQ10 to function. Levels of CoQ10 in your kidneys decline with aging and statin medication use. This affects kidney energetics and function and stresses other tissues like your cardiovascular system.

Your brain and nervous system are rich in mitochondria. These tissues also need high amounts of CoQ10 for mitochondrial function and to manage oxidative stress. Lower levels of Q10 have been found in the aging brain and are linked decline in cognitive health.

Substantial amounts of Q10 are found in the cerebellum. The cerebellum is the back, bottom portion of your brain that controls balance, awareness of body position, movement, gait, and posture. The cerebellum helps you walk a straight line without tipping and use fine motor skills like buttoning a shirt or writing. Optimal levels of Q10 are needed to help your brain and body accomplish these tasks.

Additional remarkable benefits of Q10 for brain health were observed in a randomized controlled trial with adults on pregabalin (Lyrica). The group that received coenzyme Q10 experienced reduced anxiety, less brain and mitochondrial stress, improved comfort, and increased glutathione and superoxide dismutase (SOD) levels than those who used the pregabalin and placebo. These are two critical antioxidant systems that are critical for healthy mitochondria physiology, brain-immune health, and management of inflammatory compounds.

Cornerstone of Your Energy Supply Chain

The benefits of coenzyme Q10 are substantial. The list of things that it affects goes even further, simply because mitochondria are found in all tissues throughout your body except red blood cells. Studies show CoQ10 antioxidant benefits can last for several weeks once tissues levels are replenished from supplementation.

Coenzyme Q10 is a major cornerstone of your energy supply chain. It also pulls double duty as a powerful antioxidant throughout your entire body. CoQ10 levels significantly decline with age. Q10 deficits are significantly induced with statin drugs and some antidepressants, which leaves your body in an energy deficit quandary much like the effects of a broken energy supply chain. Furthermore, inadequate Q10 causes lower antioxidant levels, which further stresses mitochondria, cell membranes, signaling mechanisms, and contributes to a decline in health.

We offer crystal-free, fat soluble ubiquinone and ubiquinol forms. Super CoQ10 Ubiquinol is a better option for those over 40 who may have a lower conversion rate of ubiquinone to ubiquinol. Ubiquinol is also an excellent form of Q10 for brain, muscle, liver, kidney, and heart health.

Energy is what makes you think, have a positive mood, be active and move, be productive, and age well. Does your energy supply chain have good reserves or is it lagging behind? Make coenzyme Q10 supplementation a primary tool for aging well.