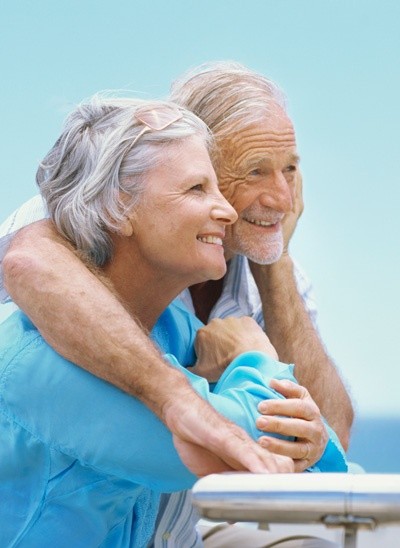 Skin infections pose frequent problems in young and old alike. Nearly one in five medical appointments are due to skin infections One common virus that causes skin infections is the varicella herpes zoster virus. This is the virus that causes chicken pox and shingles. Immune health and nutritional status play a significant role in how the immune system manages these hidden, ubiquitous viruses. New molecular analysis tells us that the virus affects other systems in the body besides the skin and may be a secret link with some chronic illnesses. This is even more incentive to keep your immune system fortified and energized.

Chicken pox is a contagious skin rash illness most commonly seen in children. It causes small, itchy blisters on the chest, back, and face and may spread elsewhere on the body. Fever, sore throat, fatigue, and headaches also occur. The infection lasts for about seven days. Once the chicken pox has resolved, the varicella zoster virus (VZV) goes dormant and hides in sensory nerves.

Varicella zoster virus remains hidden until the immune system is stressed and run down with age, cancer treatments, bone marrow transplants, other illness, and nutritional deficits. When the virus reactivates in the skin later in life, it leads to herpes zoster or shingles. Shingles causes a skin rash usually on the left or right side of the torso or cheek that follows the path of nerves in that area. It can occur in other parts of the body.

Pain, burning, numbness, tingling, sensitivity to touch, red rash, blisters, and itching may occur. Sometimes headaches, fever, fatigue and sensitivity to light may happen. Once the rash and blisters have resolved, it can lead to persistent nerve pain called post-herpetic neuralgia. Complications can happen if the immune system is significantly compromised with deficient or dysfunctional T-cells. Meningitis, stroke, spinal cord myelopathy, facial nerve palsies/ Bell’s palsy, problems with eyes, blood vessel inflammation, and even gastrointestinal infections such as ulcers, pancreatitis, and hepatitis may occur.

The medical focus is on chicken pox vaccines and shingles vaccines to prevent the development of these diseases. If an infection occurs, powerful medications like antivirals and antiseizure (Lyrica, Neurontin), antidepressants, narcotics, steroids or local anesthetics are used to manage the infection and the persistent nerve pain. Vaccinations, though, do not protect against reactivation of the virus as discussed in the journal Nature Reviews Disease Primers. It states “VZV is the only human herpesvirus for which highly effective vaccines are available. After varicella or vaccination, both wild-type and vaccine-type VZV establish latency, and long-term immunity to varicella develops. However, immunity does not protect against reactivation.”

Varicella zoster virus reactivation causes shingles. It is estimated that individuals have a 30 percent chance of viral reactivation. Current research suggests that some neurodegenerative and gastrointestinal disorders may be linked with viral reactivation. I suspect over time, we will see a higher reactivation likelihood as science unravels the link between hidden varicella and other disorders.

The enteric nervous system (ENS) is part of the autonomic nervous system and is essentially a second brain, but located entirely in the gut. The ENS contains over 100 million neurons more than other parts of the body. These nerves do not go to the skin but are internal within the abdomen, thus the skin rash does not take place when the virus is reactivated. The gut, nervous system, and the brain/central nervous system talk to each other through many common properties. Many disorders have a brain-gut connection. Scientists suspect that diseases acquired in the gut spread to the brain by nerve and immune connections.

Varicella zoster is one trigger that is being considered for disorders with both gastrointestinal and neurological consequences, i.e. autism spectrum disorders, Parkinson’s disease, Alzheimer’s disease, ALS/amyotrophic lateral sclerosis, and others. Varicella zoster virus has already been implicated in some gastrointestinal disorders like pseudo-obstruction, perforating gastric ulcers, peptic ulcers, gastritis and otherwise unexplained abdominal pain or other idiopathic disorders like IBS and gastroparesis. Some of gastrointestinal illnesses occur without immune suppression which is contrary to current understanding and shingles. This information has led researchers to view VZV as a clandestine infection with a lot of work yet to be done to understand its full implications.

Studies show many nutrients are helpful for immune function to keep it energized and fortified. Many of the same nutrients help support nerves from stress.

Increased intake of fruits and vegetables helps reduce the risk of herpes zoster/shingles. A study completed about ten years ago in London found that individuals who ate less than one piece of fruit per week had greater than three times risk of shingles than those who consumed at least three servings per day.

The shingles vaccine is commonly recommended and even pushed on the elderly. Nursing home residents are given the vaccine as a precaution, yet oftentimes these individuals still experience shingles or reactivation of the varicella zoster virus or even worsening of other concerns. A study published just a few weeks ago helps prove that the elderly need more than a vaccination to prevent shingles.

How well nursing residents responded to the vaccination and reactivation of shingles was related with their cellular methylation ability. Impaired methylation was found to correlate with the lack of protection from the shingles vaccine and led to increased inflammation and immune cell dysfunction.

There is much left to be learned about the varicella zoster virus and how its hidden existence affects the enteric nervous system and brain. Until these areas are explored and understood, we must continue to naturally fortify the immune system. Medicine will rely on vaccines for immunity, but it does not prevent reactivation. A healthy fortified immune system prevents reactivation against many hidden things.