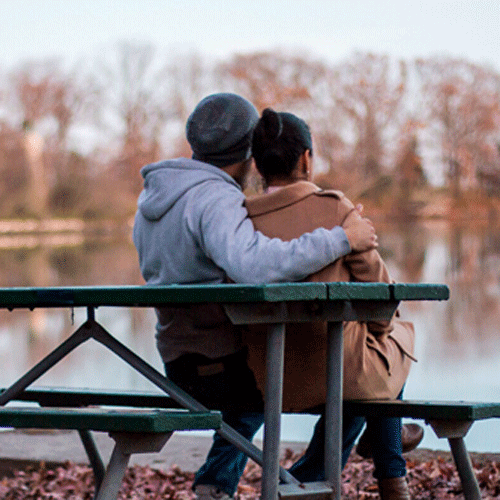 Life has many unexpected surprises. Sometimes a surprise is so profound and shocking that it is traumatic and very stressful. These stressful events may include the sudden loss of a loved one, a severe heated argument, a break-up with a spouse, a surprise party, an unexpected job loss, a natural disaster, a frightening medical diagnosis or other concerns. Sometimes the surprise and shock of the event is so powerful it affects the heart and may lead to Broken Heart Syndrome.

Broken Heart Syndrome (BHS), also known as Takotsubo cardiomyopathy (TTS) or stress cardiomyopathy, is a temporary heart condition that is triggered by severe stressful situations. Individuals respond to the stress with symptoms similar to a heart attack with chest pain, shortness of breath, congestive heart failure, and low blood pressure. The symptoms begin within a few minutes to hours after the severe, unexpected stress. The condition often improves quickly over days to a few weeks.

There are key differences between Broken Heart Syndrome and a heart attack, but it requires astute health care to differentiate between the conditions. In Broken Heart Syndrome, the coronary arteries are usually normal and do not have severe blockages or clots. This is not seen in BHS/TTS. The sudden burst of stress hormones and adrenaline causes the heart cells in the left ventricular area of the heart to become stunned, or jolted, but the cells do not die. The heart cells recover from this jolt and there is no long-term damage, unlike a heart attack where there is blockage, clots, and permanent damage to the heart cells.

The preponderance and mechanisms for Broken Heart Syndrome are still being discovered and understood as it is a relatively newly recognized disorder first described in 1990. Medical literature shows that it occurs most commonly in postmenopausal middle-age or elderly women with the average age about 60. It can happen in men and younger women too, but is considerably less common.

The cause for Broken Heart Syndrome is still unclear. However, research suggests that some of the causes include hyperactivity of the sympathetic nervous system, i.e. the fight-flight part of the autonomic nervous system is in overdrive.  It often coexists with spasm of coronary vessels, challenges in microcirculation, and estrogen deficiency.

Researchers in the December 2014 International Journal of Cardiology stated that BHS/TTS is one of the cardiac abnormalities most frequently induced by central nervous system disorders. They found a link with how some brain disorders can directly or indirectly affect the heart (brain-heart disorders). Brain disorders that can trigger the BHS/TTS include subarachnoid bleeding, epilepsy, ischemic stroke, intracerebral bleeding, migraine, encephalitis, traumatic brain injury, PRES syndrome, or ALS. They recommended that neurological support be provided when treating Broken Heart Syndrome.

Researchers have looked at various mechanism for BHS, or stress-induced cardiomyopathy. In a study published in 2015, researchers caused rats to experience stressed-induced cardiomyopathy by receiving an overdose of the medication isoproterenol. This medication is often used in cases of asthma, slow heartbeat, or ventricular fibrillation to stimulate the heart and make it go faster.

The experiment forced the rodents’ hearts into overdrive which caused heart muscle injury and affected blood pressure regulation for a few weeks after the challenge. Over time, heart cells recovered from the damage. The initial impact of the stress chemical jolt on the heart mitochondria resulted in faltering mitochondrial function and inefficient heart energy production, i.e. uncoupling of the mitochondria oxidative phosphorylation process.

Cellular mitochondrial tests showed poor metabolic function, weak, fragile membranes, and high levels of oxidative stress. The mitochondria were bruised and battered and in need of repair, but not gone.

Heart cells have a clean-up process when mitochondria are damaged and in need of replacement called mitochondrial autophagy or mitophagy. Damaged mitochondria are selectively removed rather than removing entire cells from the workforce.  Mitophagy is an ongoing process of repair and removal of old, damaged mitochondria, but also helps with the birth of new mitochondria. This is great news for those with sudden stress jolts to the heart. It gives further credence to the innate restorative process found in our bodies.

Just looking at this list of medications makes one cringe for those heart patients who are on daily intake of statins and aspirin and use Tylenol periodically. How are their mitochondria functioning? What risk do they have for BHS or stress-induced cardiomyopathy?

It is impossible to forecast the future and know when an overwhelming stressor will occur, but we can be proactive in removing as many chemical exposures and stressors to the mitochondria as possible. Make sure you protect and support your mitochondria. They are the “energizer bunnies” of your cells.