Stevia – The Dark Side of This Natural Sweetener 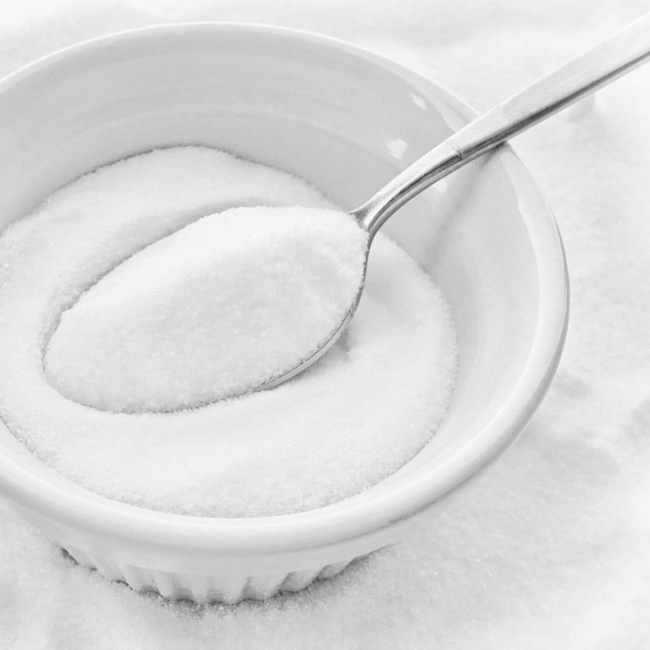 Sweet taste without the guilt, sumptuous pleasure, zero-calorie, keto or paleo friendly are terms often used with sugar substitutes like stevia. Stevia has gained substantial popularity as a natural no-calorie sweetener in the last several years. Do you ever wonder how stevia affects your body besides its no-calorie sweet taste? Scientists have identified some of its effects in recent years. While there is still much to be learned, the following information may give you some “food for thought”.

Stevia: Up to 300 Times Sweeter Than Table Sugar

Stevia and other natural and synthetic nonnutritive sweeteners have entered the food supply as an alternative to caloric sweeteners and increasing global concerns with type 2 diabetes, obesity, and heart disease, etc. Stevia is considered a nonnutritive sweetener, which means that it has sweet intensity and lower calorie content than sugars such as sucrose/table sugar or corn syrup.

Stevia is derived from the plant Stevia rebaudiana of which there are various forms including raw stevia and highly refined stevia leaf extract called rebaudioside A or Reb-A. Examples of Reb-A in food products include Truvia and Stevia in the Raw. Stevia is on average 250-300 times more sweet than table sugar or sucrose.

Stevia: Found in a Food Near You

Stevia is unaffected by stomach acid, pancreatic enzymes and the process of digestion. It travels essentially “untouched” by the digestive process until it reaches the large intestine. There it “reacts” with the gut flora. It is then absorbed in the colon and travels to the liver. It is then bound to glucuronic acid via the glucuronidation pathway and eventually excreted through the urine. The glucuronidation pathway is a major liver pathway that detoxifies drugs, pollutants, estrogen, and steroids, etc.

A number of studies completed in the last few years have brought insight into how nonnutritive low/no calorie sweeteners including stevia impact gut health and metabolism. In 2010, researchers evaluated the effect of saccharin, a synthetic non-caloric sweetener, on blood sugar and metabolism in rats compared to glucose/table sugar. Then they compared stevia’s impact to saccharin and table sugar.

Results showed increased food intake, body weight gain and an increase in body fat in the animals fed food and beverages with stevia just like saccharin. The glucose/table sugar treated group did not have the same effect.

The effect was thought in part due to the intense sweet taste which caused a “Pavlovian” response and led to the effect of increased food intake with diminished metabolism. Pavlovian response refers to a “hi-jacking” response that your body becomes habitually conditioned to want and perform.

A 2014 study grabbed the attention of many as research results concluded that consumption of artificial, low/no calorie sweeteners modulates the composition and function of the gut flora and led to an increased risk of glucose intolerance.

That study focused on synthetic sweeteners like saccharin, etc, but it opened the door to studying stevia and gut health. Cellular and animal studies since that time have explored stevia’s impact on gut health and metabolism. These findings should grab your attention.

The well-respected journal Nutrients published findings in 2019 and 2020 related to stevia and gut health. The 2019 report found diminished levels of various beneficial Bifidobacteria and Lactobacillus. Bifidobacteria are beneficial bacteria widely recognized for health benefits including protection from childhood obesity and immune health amongst many other benefits. Animals given prebiotic and fiber-rich diets fared better with less gut flora disruption than animals that consumed stevia-containing food and a low fiber diet.

In addition, researchers found an effect on the pleasure centers in the brain of animals that chronically ingested small amounts of refined stevia. Low dose intake of stevia (Reb-A) reduced enzyme activity that affected dopamine gene expression in the brains of rats.

The April 2020 study reported on animals that chronically ingested stevia experienced increased infiltration of immune cells CD3+ lymphocytes in the mucosal lining of the small intestine, which reflects immune activation. (This is higher up in the intestinal tract than the colon where stevia interacts with the microbiome.)

Stevia intake caused elevated leptin levels along with C-peptide, IL-6, and IL-17 which are related with insulin and pro-inflammatory immune compounds. My concern is for individuals who already have high levels of leptin, leptin resistance, chronic inflammation or autoimmune challenges. How does chronic intake of refined stevia impact these individuals?

A small cellular study found that stevia metabolites like Reb-A acted as an endocrine disrupting compound. It is of concern as the molecular structure of stevia looks similar to a steroid hormone. In this study, sperm cells were exposed to stevia. Scientists observed adverse changes in progesterone receptor site activity concluding that stevia acts as a potential endocrine disruptor.

Stevia has been approved by the FDA as GRAS (generally recognized as safe) compound. There are many organizations and individuals who believe that stevia is a helpful alternative to various forms of caloric sugars. Researchers state that more information is needed to fully understand the effect of stevia in humans as cell and animal studies don’t always correlate to the same effects in the human body.

I ask that you mull over these animal studies which indicate stevia is linked with non-beneficial changes. These few studies indicate an alteration of gut flora with reduction of Bifidus and Lactobacillus, changes in SCFA that are linked with obesity and cholesterol production, increased leptin and inflammatory immune compounds, changes in the dopamine-reward system and in the brain and potential endocrine disruption. If highly refined, processed stevia has repetitively found a way into your diet, I encourage you to rethink your intake.

To help offset potential stevia induced gut challenges, support your gut flora with fiber and prebiotics like FOS10 (fructo-oligosaccharides). Increase your intake of beneficial bacteria Lactobacillus and Bifidus to aid in a healthier gut microbiome.

Consider foods and nutrients like cruciferous vegetables (Brussels sprouts, cabbage, broccoli, cauliflower, kale), silymarin, dandelion, resveratrol, curcumin, magnesium, zinc, limonene, B vitamins, and omega-3 oils to help your liver’s glucuronidation pathway. This is the pathway needed to clear stevia out of your body. This detoxification pathway is often sluggish from toxins found in the environment, food and medication usage and may impact how you metabolize stevia.

Use “sugar buster” herbs Inula racemose and Gymnema sylvestre to help reduce the desire for sweet tasting food. These herbal ingredients along with chromium and vanadium found in LeptiSlim help bring your sweet tasting receptors to a natural balance.

Ancestral intake of the raw stevia leaf was extremely limited compared to current exposures of refined stevia found in many manufactured food products. I am a proponent of using foods in their natural, whole form when possible.

Avoid processed refined sugars and foods with added sugars, but rather use raw local honey, blackstrap molasses, real maple syrup, or other natural sugars. Think about it, would your grandmother or great grandmother use something like refined stevia in their made from scratch homemade recipes?

How to Eat for Blood Sugar Health

Healthy Gut Flora is Essential – Are You Taking the Right Probiotics?