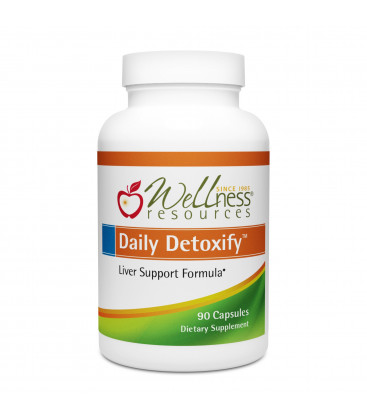 We live in a polluted environment. Exhaust fumes and industrial pollution exceed Environmental Protection Agency guidelines for air quality in most metropolitan areas. Food contains numerous chemical additives and estrogen-like pesticides that are toxic. Poor ventilation, molds, and off-gassing building materials are another problem in many homes, schools, and offices. All of these factors are in addition to the waste products that must be cleared from normal metabolic function. A person under stress generates even greater amounts of metabolic waste (which is normal). In short, our livers, which constantly filter toxins from the blood, are working overtime trying to keep up with the increased demands posed by modern living.*

The removal of toxic trash requires a functional plumbing system. Larger waste products released by cells move into the lymphatic system, then to the blood stream, and then to the liver. The liver converts some to water-soluble compounds which are then sent to the kidneys for removal in the urine. Fat-soluble compounds are placed into bile and secreted into the digestive tract. Problems in the lymph or digestive system interfere with natural plumbing and need improvement for healthy detoxification systems to work properly.*

The liver uses a variety of enzymes to neutralize many toxins, often referred to as Phase I and Phase II detoxification pathways. Phase I relies on the family of cytochrome P450 enzymes. It requires antioxidants to work properly, as each toxin processed requires an antioxidant for proper neutralization.* The most important liver antioxidant for Phase I function is glutathione peroxidase (GSH). P450 enzymes either deactivate a toxin directly or modify it so that other enzymes in the Phase II system can get rid of it. In Phase II small molecules are added to the toxin to help excrete it through the bile or urine, a process known as conjugation. This system requires energy (ATP) and a supply of the molecules to attach to the toxins in order to work properly.*

Like Daily Protector Eye and Immune™ and many of our fine fruit and vegetable extracts, most nutrients in Daily Detoxify™ have antioxidant activity.* Any nutrient that contributes antioxidant activity assists with detoxification.* The Daily Detoxify™ formula is our premier liver support product, designed to protect the liver and support the natural process of Phase 1 and Phase II detoxification.* Daily Protector™ and Daily Detoxify™ are intended to be used together for broad immune, eye, cardiovascular, and detoxification support.* Along with Daily Super E™, these nutrients form the core antioxidants contained in the Daily Super Pack.*

Dandelion root has been used in folk medicine for over a century, typically as a liver tonic, support for weak digestion, and as a gallbladder aide.* It contains sterols (sitosterin, stigmasterin, and phytosterin) that are similar in structure to bile. It is known to enhance the flow of bile, which is the main route the liver uses to clear fat-soluble toxins from the body.*

We use the advanced form of R-alpha lipoic acid called Na-RALA or sodium-R-lipoate. It is more stable, absorbable, and potent, demonstrating 10â€“30 times higher peak blood levels than regular RALA. While unstabilized alpha lipoic acid has the tendency to polymerize with light and moisture exposure or at slightly elevated temperatures, sodium-R-lipoate does not, which results in significantly improved bioavailability.*

R-alpha lipoic acid is a very small molecule antioxidant, both fat and water-soluble, able to deactivate a wide range of free radicals.* It improves the status of other antioxidants such as glutathinone, vitamin C, E, and Q10.* Like milk thistle, it has been shown to modulate NF-kappaB and is highly protective to liver function.*

Chlorella is a single cell algae containing proteins that are rich in nucleac acids (RNA/DNA). We use a special chlorella that is grown indoors in sealed and sterilized tanks, keeping it free of all airborne pollutants and contaminants. Chlorella is very high in chlorophyll. Chlorophyll has a long standing reputation as an excellent intestinal cleanser, helping to deodorize toxic gas, helping bad breath, and assisting with constipation.* Chlorella can help absorb toxic metals and assist in their removal.*

Trans-resveratrol is the active component of red wine that is currently being researched for cardiovascular and immune support properties.* Resveratrol has been shown to support various antioxidant systems involved with detoxification, including the Phase II liver detox system (CYP3A4 promoter) and gastrointestinal glutathione peroxidase (GI-GPx).*

NAC is a sulfur containing compound that is central to the production of glutathione and consequent ability of the liver to clear toxins.* Glutathione is active in Phase I as an antioxidant and in Phase II it helps conjugation of toxins.* Glutathione helps clear caffeine, alcohol, exhaust fumes, paint fumes, pesticides, and estrogens.* NAC conjugates acetamenophin.*

Taurine and Glycine (amino acids) play important roles in the removal of toxins by supporting Phase II detoxification and enhancing bile flow.* In order for bile to flow properly it must be bound to taurine or glycine, thus enabling cholesterol transport in bile.* Taurine helps clear aldehyde chemicals, chlorine, and carbon tetrachloride.* Glycine binds to certain types of toxins such as toluene (a common industrial solvent), aspirin (salicylates) and benzoate (a preservative).*

Listed below are supplements that may be taken with Daily Detoxify™ for additional nutrient support, based on a person's needs. Our most popular synergistic supplements are:

Strengthener Plus™ - Supports the production of metalloenzymes used in metal detoxification.*

Any nutritional support that enhances energy production will assist in detoxification as the liver requires about twenty percent of the body's daily energy to carry on normal functions, including detoxification.* 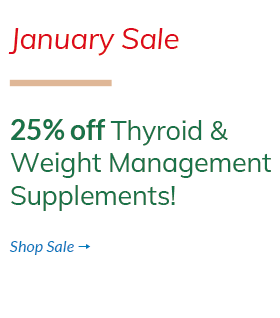