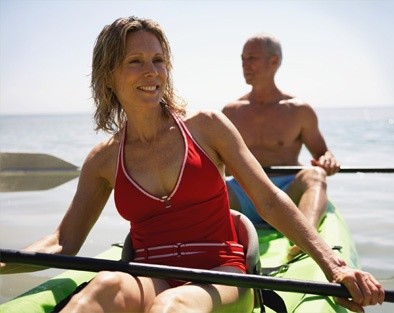 Despite their success as multi-billion dollar cholesterol medications, statins have been shown to increase the risk of the neurodegenerative disease Parkinson's. The list of statin drug-induced disorders also includes diabetes, cataracts, liver and kidney failure, memory loss, muscle damage, pneumonia and immune suppression. These are all a heavy price to pay for the drug management of cholesterol. While not everyone experiences these adverse effects, it should pose some serious questions about the ubiquitous use of these meds and the desire to put everyone on them. More important, it hopefully propels you into a direction of self-empowerment with health management.

Atorvastatin, lovastatin, and simvastin are lipophilic. Pravastatin, rosuvastatin, and fluvastatin are more hydrophilic and are less likely to cross the blood brain barrier and don’t induce the same change and negative risk to the brain. Lipitor/ Atorvastatin, which is the best-selling drug of all-time, crosses the blood brain barrier and is linked with higher risk of Parkinson’s disease. The New England Journal of Medicine and the Journal of the American Medical Association expects that over one billion individuals across the globe receive or are eligible for statin therapy for heart disease and stroke prevention. The U.S. has about 56 million individuals in this astronomical number of statin users. Are you one of the millions on Lipitor or another lipophilic statin?

Cholesterol becomes a problem when there are high levels of inflammation in the body that damage it. Inflammation that damages cholesterol is largely driven by sugar and high carbohydrate intake, not saturated fat. In addition to the diet, the liver naturally makes 5-6 quarts of cholesterol every day. Cholesterol is essential for cell membranes, energy production, steroid hormones, reproduction, and acts as a massive, powerful antioxidant. It is a backbone of normal physiology.

Cholesterol becomes a problem when it is damaged or when there is severe genetic disorders of hypercholesterolemia. The statin push is to get cholesterol numbers low. However, low cholesterol, i.e. below 140, and dangerously low at 110 or less is linked with depression, suicide, autoimmune disorders, cancer and death. We now see that healthy, normal total and LDL cholesterol levels protects against Parkinson’s disease.

Stroke and Diabetes Linked with Statins


The push to use statin drugs in order to treat and prevent Parkinson's disease is real. It is a big push. There is even a recommendation to push statins for Alzheimer’s disease, stroke, primary brain tumors, and multiple sclerosis. The research shows us that there is a lot more to learn and that statins aren’t without risk.

We see this in an animal study on chronic Lipitor use and stroke published January 2017 in the Journal of Molecular Neuroscience. Results demonstrated that increased levels of inflammatory markers TNF-alpha and IL-6 occurred within the brain from long-term statin use and worsened stroke effects and outcome. Further studies were recommended to explore these findings, but the push for stain medications to lower stroke risk just met a significant challenge.

A prominent trend consists of recommending statins for diabetes treatment to prevent heart disease from developing as diabetes substantially increases the risk and likelihood of heart disease and stroke. To the contrary of the recommended trend is the finding that statin medications are associated with new onset diabetes. Scientists have encouraged practitioners to change their entrenched statin practice paradigm by stating “clinicians should vigilantly monitor for incident diabetes in patients on statins. Patients with a low risk of cardiovascular disease and high risk of diabetes should reconsider statin use and focus on lifestyle management”.

Lipitor was deemed the worst offender in a 2016 retrospective study on statin-induced diabetes. After analysis with various statin medications, it was found that artovastatin-treated patients had the highest risk for new onset diabetes. Other statin medications of the same class had similar, but lower risks. Think about the burgeoning number of individuals across the globe with new onset diabetes. Now think about Artovastatin or Lipitor which is the all-time best-selling drug ever. It has a lifetime worldwide sales record of 148.7 billion dollars, crushing all other drugs. While there are numerous factors that lead to diabetes, it makes one wonder what the future will hold for drug class action lawsuits.

The war of studies on statin benefits and adverse effects prevails in medical research. The majority push to keep these blockbuster drugs at the forefront of cholesterol treatment with an ever broadening push for children and numerous disorders beyond atherosclerosis. Statins are deemed safe with benefits that outweigh any possible adverse effects. But what if that adverse effect pertains to you or your loved one?

If your physician insists on pushing your cholesterol numbers down on the lab test or because of a perceived reduced risk, but does so at the expense of your memory and energy production abilities, who is the one who has to chronically suffer? Memory loss, muscle damage, heart failure, liver failure, kidney failure, pneumonia, immune suppression, cataracts, diabetes, stroke, and Parkinson’s occur with statin drug use.

Many of these adverse effects are linked with end-stage diseases, i.e. tissues are pathologically damaged. In some cases, symptoms resolve when the drug is stopped, but not always. Knowledge that a drug can cause failure of vital body parts while lowering a cholesterol number a few points or bringing a slight risk reduction while cause other distress is not health promoting.


If you face this situation of your medical provider prescribing statin medications, review some of these articles. There are numerous tips and pointers on how you can take charge of your health.

If you are on statin medications, it is imperative to replenish the nutrients stripped out by the drug. Your body needs daily self-care, inflammation management, and nutrition. Use this information and knowledge to make the best choices. Drug-induced diseases shouldn’t have to be the end-result of “health care”, but they are a result of inflammation, imbalances, and “disease-care”.