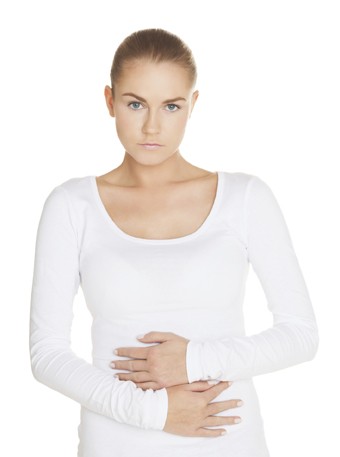 Small intestine bacterial overgrowth, known as SIBO, has grown in medical recognition in recent years. As research has progressed in understanding gut health and the microbiome, science shows us that SIBO is more prevalent than previously thought and is increasingly diagnosed. Not only is it linked with antibiotic usage, but other medications like the thyroid hormone medication levothyroxine and several disorders are associated with SIBO. Gas, bloating, constipation, and diarrhea should no longer be clues for needing the “pink medicine” or dismissed as nuisance symptoms. Find out what SIBO is, what causes it and how to keep your digestive tract healthy.

There is also a condition called SIFO which is small intestine fungal overgrowth, i.e. candida or yeast overgrowth. In this article, the discussion will be on SIBO, but SIFO has many similarities and overlaps.

SIBO leads to symptoms of gas, bloating, diarrhea, constipation, malabsorption, fatigue and weakness. There may be weight loss, stools that appear greasy or float in the toilet (steatorrhea), and nutritional deficiencies. Elevated folic acid/folate may be seen in lab tests. If you are not taking supplemental folate, especially high intake, elevated folate may reflect SIBO because small intestine bacteria may be synthesizing it. Other blood tests may reveal low protein and low albumin levels. There may be loss of the ability to digest lactose (milk sugar) and fructose (fruit sugar/fructose intolerance) due to inflammatory induced changes in the lining of the small intestine. Gas-related or flatus incontinence may also occur with SIBO.

The small intestine normally has a very small number of bacteria present, but when there is an overgrowth of bacteria, then changes in gut function and symptoms occur. In addition to too many bacteria, the wrong type of bacteria in the small intestine may also occur. The wrong types of gut bacteria may affect how bile acids are metabolized which can lead to diarrhea or carbohydrate digestion that leads to bloating without diarrhea. An overgrowth of Klebsiella, a gram-negative bacterium, may disrupt absorption of nutrients because of toxins that damage the inner mucosal lining of the small intestine. Methane-producing gut bacteria creates constipation-SIBO. Flatulence or gas from these types of bacteria will produce an odor of rotten eggs or smell like sewer gas. This should make you think about your family members or even pets that let a “stink-bomb” loose as they probably need some help with their gut health.

Factors that Lead to SIBO

Additional factors have been found more recently, which point towards the likelihood of an epidemic gut health problems like SIBO that is under-recognized. A recent study identified a noteworthy factor that made my heart sink for all those who have thyroid problems and use levothyroxine. Levothyroxine is considered a very strong contributor to SIBO. Over 22 million Americans are prescribed levothyroxine, which is already known to cause problems with elevated blood sugar and bone loss.

A retrospective cohort study published in the February 2017 World Journal of Gastroenterology, reported on 1,800 patients who had undergone SIBO testing. After looking at several different factors, they concluded that levothyroxine therapy, more so than hypothyroidism, was the strongest contributor to SIBO. Hypothyroidism is still linked to SIBO, but levothyroxine therapy caused higher rates of SIBO than hypothyroidism. Other intestinal changes like gastric surgery, colon resection/removal, gastroparesis, immune changes from drug-immune suppression and diabetes were significantly associated with SIBO.

Other Disorders Recently Linked with SIBO

Symptoms of SIBO may look like other digestive disorders and may warrant testing if symptoms persist or it doesn’t fit the criteria listed above. Testing for SIBO may be accomplished by endoscopy to get a sample of contents from the jejunum, which is invasive and costly. Breath tests may be used to measure methane and hydrogen gases that are given off with SIBO. Blood tests, which are more convenient, may be used to measure bacterial cytotoxins and cytoskeletal proteins linked with SIBO and IBS.

Medical treatment for SIBO is antibiotics. Various antibiotics like Rifaximin and Cipro may be used and often with ongoing use of 10 days every month. Treatment with chronic antibiotics raises many questions and concerns and is far from ideal. In fact, it is worrisome as antibiotic usage is a primary cause of SIBO.

You don’t have to be uncomfortable after eating with burping, belching, flatulence, diarrhea or constipation. If you find that you feel like you are six months pregnant after eating, have to unbuckle your belt or have gas problems (stinky or not), then it is likely your gut health needs a check-up and some serious friendly support. SIBO is a consequence of many different things and unfortunately also induced with common popular medications. Taking another Tums, the “pink stuff”, or repetitive rounds of antibiotics fails to address the underlying cause of SIBO and its symptoms. Healthy poop and digestion is a requirement for all aspects of health. Is your small intestine happy?