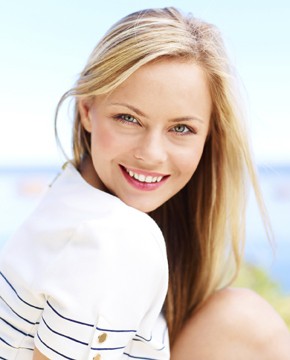 Rosacea, a common, chronic inflammatory skin disorder, affects over 16 million Americans and 415 million individuals worldwide. It has been a poorly understood disorder until recently. Treatments have historically been antibiotics or other medications, dietary changes, topical ointments, laser treatment, and even surgery, but often the condition is chronic. Rosacea frequently leaves sufferers highly self-conscious and affects social relationships and self-esteem. Understanding the complexities between gut, immune, nerves, skin and rosacea can help provide tools for healthy appearing skin.

Rosacea is a skin disorder that appears initially as redness or flushing on the cheeks, nose, chin and forehead, making an individual appear like they are blushing when they are not. In the initial stages of the disorder, redness may disappear, only to reappear again and again, eventually becoming chronic. Small blood vessels on the cheeks and nose become swollen and visible. Bumps, pimples or pustules may appear. Even watery or irritated eyes may occur. It often starts between 30-50 years of age and affects women somewhat more than men. Hair loss and alopecia may also occur.

Several things occur that result in the development and long-term changes associated with rosacea. Changes in the innate immune system, germ overgrowth in the gut, dysfunctional nerve-vascular signaling within the skin, and overgrowth and dysbiosis of the germs on the skin, have been linked with rosacea.

Small intestine bacteria overgrowth (SIBO), Helicobacter pylori (H pylori) infection, and other gastrointestinal disorders are prevalent in rosacea patients and are suspected in the pathogenesis of rosacea. There isn’t a clear-cut mechanism and ubiquitous finding, i.e. not all rosacea patients have H pylori overgrowth, or SIBO, but there is a connection between gut health and rosacea. A 2015 study found that bacterial overgrowth of H pylori was significantly higher in patients with rosacea than healthy controls. A December 2017 meta-analysis study found some benefit of H pylori treatment in rosacea patients, but failed to fully and substantially explain the pathology, which means that there is more to the story.

Other studies show that rosacea is found with several gastrointestinal disorders. A large population study published January 2017 in the British Journal of Dermatology found high prevalence of gastrointestinal disorders like celiac disease, Crohn’s disease, ulcerative colitis, H pylori, SIBO/small intestine bacteria overgrowth, and IBS/irritable bowel syndrome present in patients with rosacea. In this analysis, it was found that rosacea was much more common in those with celiac disease, Crohn’s disease, ulcerative colitis, and irritable bowel syndrome more so than H pylori infection or SIBO. The growing consensus is that a change in gut health appears connected with rosacea.

Redness and flushing skin changes in rosacea relate to neurogenic inflammation. The epidermis or outer layer of the skin interacts with numerous sensory nerve endings and are surrounded by little capillaries. These nerve cells respond due to several different chemicals released by mast cells and other immune inflammatory compounds like matrix-metalloprotease MMP-2 and MMP-9. The nerves send signal to capillaries in the face, which causes them to dilate. Lymph vessels in the face also dilate and become congested. As a result, skin tissues become inflamed and rosacea develops from the neurochemical signals, which is neurogenic inflammation.

Skin Changes Due to Mite-Triggered Inflammation

Another finding related with immune inflammatory change is thought to be triggered by a mite in the skin called Demodex. A breakdown in the immune system allows the mite to proliferate, release toxins and then penetrate the skin layers, which triggers an immune response. The immune response sets off an alert and is stimulated to attack the mites. Immune inflammatory chemicals from neutrophils, a type of white blood cell, release inflammatory compounds like MMP-2, MMP-9, and TNF-a. As the reaction continues, breakdown in the tight junctions within the skin leads to the acne-like appearance of rosacea. Once the immune system is activated and the skin is inflamed, things that had been previously safe to eat or be exposed to like UV light may now trigger more inflammation because of the breakdown in skin barriers or tight junctions.

Healthy gut function is a fundamental arena for nearly every disorder, as the gut contains nearly 80 percent of the immune system, and influences the entire body. To help restore skin health, gut health should be supported and appropriately evaluated for underlying disorders like celiac disease/gluten intolerance, IBS, H pylori, SIBO or inflammatory bowel disease.

Gut flora is vital to the innate and adaptive immune system. In fact, the gut flora outnumbers the rest of the cells in the human body, so making sure there is a healthy balance is essential to solving many health concerns including rosacea. For example, one study found that patients with SIBO/small intestine bacteria overgrowth were 13 times more likely to have rosacea. However, when patients were treated for SIBO and healthy gut flora was restored, rosacea went into remission which persisted for at least three years.

Sluggish bowels may also need to be addressed. Research suggests that imbalanced gut bacteria activate certain chemicals that lead to neurogenic inflammation and rosacea. The only symptom of this may be sluggish bowels. In a case history report, it was found that simply improving gut motility cleared up one patient’s rosacea. The patient did not have any recognized gastrointestinal disorders, but had a bowel transit time greater than 30 hours. When transit time improved to less than 30 hours, rosacea symptoms improved and cleared up.

Transit time refers to the time it takes from the consumption of the food to when it is defecated. A healthy transit time is considered between 18-24 hours. Many of the digestive disorders listed earlier may lead to sluggish bowels and even constipation.  To learn more, please refer to the “Healthy Poop” article.

Rosacea should no longer be dismissed simply as someone having a “bright rosy, red cheeks with a little acne in middle age”. Rosacea represents a bigger issue with the gut, immune system, nerves, and inflammation. As one digs deeper to resolve health concerns like rosacea, we find that repetitive antibiotics and laser treatments, while helpful in the short-term, fail to address the bigger picture. The fact that severe rosacea is linked with more system-wide health concerns with heart disease, metabolic syndrome, hypertension, etc. means that a band-aid approach will not address the underlying issues.