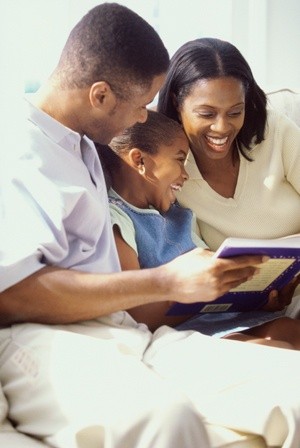 Shark liver oil is well known for its immune support benefits and has been used as a safe, effective compound for centuries. Shark liver oil naturally contains the compounds alkylglycerols and squalene in significant amounts, with vitamin E and other compounds in smaller amounts. Shark liver oil has been long considered an immune boosting nutrient with significant ability to help healthy aging. A number of studies expand the use of shark liver oil into other arenas, including support for vascular health, immunity during pregnancy, reducing muscle wasting, and more.

One of the historical uses for shark liver oil in Japan is for vascular health. This is different than the traditional use in Scandinavian countries that focuses on immune health. A 2015 study was published that demonstrated the effects of shark liver oil on blood vessel stiffness and blood flow within the peripheral microvascular circulation. The randomized, double-blind, placebo-controlled study assessed healthy middle-aged men and elderly men who had increased arterial wall stiffness. The participants received either a placebo or shark liver oil dose of six 400 mg capsules per day for a period of eight weeks. The scientists measured cardio-ankle vascular index (CAVI) and laser Doppler perfusion imaging technique (LDPI). These measurements and techniques measure how well blood was flowing into tissues in the extremities. It was found that after eight weeks of shark liver oil intake, microcirculation within the small blood vessels in the periphery as well as large blood vessel elasticity improved. No side effects were noted.

One of the reasons why shark liver oil may be so helpful at keeping blood vessels flexible is the amount of polyunsaturated fats in its make-up. This healthy fat helps keep cell membranes flexible and elastic. Studies have demonstrated that the ingredients in shark liver oil act as powerful free radical scavengers protecting the vascular tissue from oxidative damage. In animal studies, the compounds found within shark liver oil have indeed demonstrated cardio-protective benefits. These compounds buffer free radical stress and breakdown of cell membranes related to vascular tissue, heart, and heart stress.

In a very different study, researchers studied the effects and safety of shark liver oil in pregnant women. The study focused on pregnant women and sinus infections. They also focused on expecting mothers who had urinary tract problems, like bladder infection and inflammation within the urinary tract. The pregnant women were given shark liver oil, two capsules three times per day for two weeks. The results in the first sinus infection group showed that 75 percent of the women had improvements in their general condition, without need for antibiotics and with less pain. The second group showed 76 percent improvement in bladder and urinary tract symptoms. Considering the growing problems with antibiotic resistance and increasing problems with healthy pain management in this country, shark liver oil use may offer alternative solutions.

Diminished Side Effects from Radiation Treatment

In the same publication just described, the scientists studied women with cervical cancer. The women were given shark liver oil for two months at six capsules per day and then one month at three capsules per day. The main improvement noted was better tolerance to radiation therapy. The authors felt that because the study was limited to three months time that no information could be determined on the improvement in survival rate. They concluded, “In women with cervical cancer, the treatment is quite aggressive and the opportunity to diminish the side effects by administration of a natural and harmless preparation (shark liver oil) should not be omitted.”

Natural Support for the Near Centenarians

A 2014 study looked at if and how alkylglycerols could help with immune system support in the very elderly individuals who were facing surgery. The immune risk for individuals in this age group (90 years of age and older) is often dangerous. Complications after surgery are common in this age group. In this study, 40 elderly patients were treated with 500 mg of alkylglycerols twice a day for four weeks. The overall goal was to find ways to reduce the surgical and immune risk of infection, to reduce post-operative inflammation, and to help support a quicker and uncomplicated recovery.

The study was a success. It was found that this high risk group of patients fared significantly better than other patients of the same age, risks, with the same types of surgery. C-reactive proteins (CRP) and other inflammatory markers were remarkably better. White blood cell counts were improved which led to better wound healing and markedly less infection problems. No adverse effects were reported. The authors concluding remarks “suggested the opportunity to introduce this nutraceutical product in doses of 500 mg twice a day to very old people before surgical treatment”.

Researchers have also found benefits of taking shark liver oil for obesity and insulin resistance. In a 2013 animal study, researchers found that rodents fed a high fat diet and treated with the alkylglycerols from shark liver stimulated a beneficial immune response. Several of the natural compounds found within shark liver oil were used to offset the high levels of toxic inflammation induced by insulin resistance and obesity. As a result of the alkylglycerols intake, it was found that body weight, cholesterol, triglycerides, fasting blood sugar, insulin, and leptin levels improved even with a high fat diet. Inflammatory markers like NF-kappa B also improved.

Other animal studies have demonstrated shark liver oil to help reduce cachexia problems linked with severe illness. Cachexia is the significant loss of muscle mass and fat tissue due to severe illness. This is seen in cancer, major trauma, surgery, malabsorption, and severe infections.

In another 2014 research study, it was found that shark liver was able to modulate various immune responses. Cellular studies found that certain types of immune cells, i.e. B cells and TH1 cytokines were increased with shark liver oil. Other types of immune cells, i.e. T cells and TH2 cytokines were decreased with this immune compound. Shark liver oil may a helpful compound to help balance out this complicated teeter-totter of balanced levels of TH1 and TH2 or B and T cells.