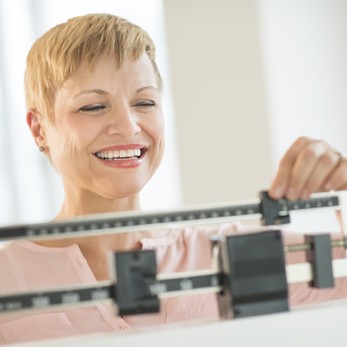 A new research study published in BMJ Open analyzed health data from 59,717 Japanese men and women with Type 2 diabetes over a six year period. The study examined the relationship between lifestyle habits and obesity. Few studies have ever analyzed this, especially over an extended period of time. The study revealed some very interesting connections between eating habits and obesity.

Researchers found that there is far more to consider than just calories when it comes to managing one’s weight. Factors influencing weight gain included the pace of eating, meal timing, snacking, and the importance of eating breakfast. While doctors have long been exhausting the importance of calorie counting for maintaining a healthy weight, the findings of this study remind us that when you eat is just as important as what you eat.

The study concluded that slowing down the speed at which you eat, along with cutting out after dinner snacks and not eating within 2 hours of going to sleep all help to shed the pounds. These dietary habits were strongly linked with a lower BMI and a smaller waist circumference over time.

Researchers based their conclusions on analysis of data from health insurance and regular health check-ups. During the check-ups, participants were quizzed about their lifestyle, including their eating and sleep habits as well as alcohol and tobacco use. The data captured included their age and gender, BMI, waist circumference, blood pressure, eating habits, alcohol consumption and tobacco use.

Researchers also asked participants whether they did any of the following three or more times a week: eat dinner within 2 hours of going to sleep, snack after dinner, or skip breakfast. All the aspects of eating and sleeping habits that were recorded, as well as alcohol consumption and a history of obesity, were significantly associated with obesity.

They found that participants who reported themselves being a “fast eater” were 29% more likely to be obese that those who reported eating at a “normal” speed and 42% more likely to be obese compared to “slow” eaters. While this research study had a special focus on the effect of eating speed on obesity, researchers were also surprised to find that refraining from eating within two hours of sleep and not snacking after dinner were also predictors of a healthier BMI and waist circumference.

If you are at all familiar with The Five Rules of the Leptin Diet, then you know the importance of Rule #1: Never Eat After Dinner. Never go to bed on a full stomach. Leptin levels are highest in the evening hours. This is because leptin, like the conductor in the orchestra, sets the timing for nighttime repair. It coordinates the timing and release of melatonin, thyroid hormone, growth hormone, sex hormones, and immune system function to carry out rejuvenating sleep. It does this while burning fat at the maximum rate compared to any other time of the day. And it does this only if you will allow it, by not eating after dinner.

It is pretty obvious when this isn't working so well. You will find yourself craving food inappropriately after dinner even when you shouldn’t need food. You may even see weight creeping up as a result. This is the leptin nightmare.

This study also confirms the science of Rule #2: Do Not Snack Between Meals. It is vital to create times during the day when small fat blobs, known as triglycerides, are cleared from your blood. If triglycerides build up during the day, they physically clog leptin entry into your brain, causing leptin resistance. This means that leptin does not register properly in your subconscious command and control center in the brain. Your metabolism is not designed to deal with constant eating and snacking. Doing so confuses your metabolism and results in you eating much more than you really need.

When you snack between meals or eat before bed your liver does not have a chance to use up its storage of glycogen (sugar stored in the liver). This means your blood sugar levels start to creep up too often throughout the day, fat burning is blunted, and you are more likely to gain weight.

To learn more about The Five Rules of The Leptin Diet and the science behind it, see the resources below. When you eat in harmony with leptin your head will feel clearer and your energy will be better. Your cravings will go away and your health will improve. There is a lot of power in these five simple rules. Get started today!