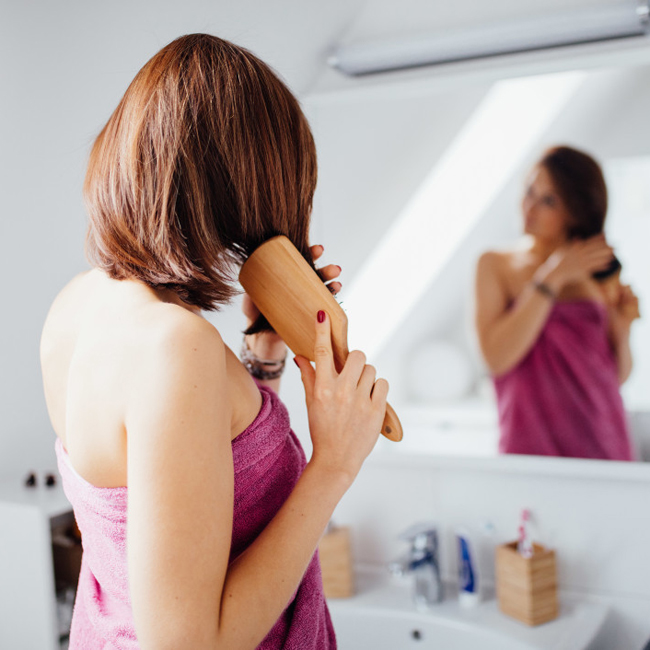 If you think about minerals in your body, several might come to mind – calcium, magnesium, iron, zinc, or copper. Your body needs also other minerals, including the “beauty mineral” sulfur. Your hair, skin, and nails need it for luster, growth, and strength, but it is also valuable for other things on your inside.

Sulfur, also known as methylsulfonylmethane (MSM), is the third most abundant mineral in your body behind calcium and phosphorous. Many individuals, however, lack adequate intake of it due to its lack in the standard diet.

Sulfur is found in 2 of the 20 amino acids, methionine and cysteine, which are found in protein. The sulfur containing amino acid methionine cannot be made by the body and must be obtained in your diet. Cysteine, however, can be made by your body, but it needs a reserve supply of sulfur and is conditionally essential. This means there are times such as stress or illness, that your body cannot make enough cysteine and must be consumed by diet or supplement. If either of these amino acids are lacking in your diet, then sulfur reserves decline.

MSM is also naturally found in fruits (apples, raspberries), vegetables (garlic, onion, broccoli and other cruciferous vegetables, leafy greens, alfalfa sprouts), grains, coffee, tea, and beer, but only in small amounts. The amount of sulfur found in non-animal sources are quite minimal and depend upon the plant and soil conditions. Cooking also decreases sulfur content of foods. If you are on a restrictive dairy-free diet and have reduced or no consumption of animal proteins, you are likely not getting enough sulfur rich foods in your diet.

Strict vegetarians or those who have a poorly planned plant-based diet, those who are ill or recovering from trauma, or pregnant and nursing mothers require higher sulfur intake due to poor diet intake and/or increased physiological demands. Women who are pregnant or breast feeding must ensure adequate sulfur intake, as it is the 6th most plentiful mineral in breast milk and is needed for infant growth and development.

Needed Top to Bottom, Inside and Out

Your hair, skin, bones, central nervous system, connective tissue, mucous membranes, and joints require sulfur compounds as an integral part of healthy anatomy and physiology. In addition, sulfur enables oxygen transport across cell membranes and affects cell regeneration. Antioxidant and enzyme systems such as glutathione, homocysteine, methylation metabolism and detoxification require sulfur. Your body literally uses sulfur from top to bottom, inside and out. Here are some recent studies that highlight the importance of having adequate sulfur in your body.

MSM is often used with other joint nutrients to support cartilage health due to its antioxidant and anti-wear and tear support. In a recent double-blind randomized controlled trial, individuals were evaluated on various aspect of knee comfort. Compared to the placebo group, or with just glucosamine and chondroitin alone, those who consumed 1500 mg glucosamine, 1200 mg of chondroitin sulfate with 500 mg of MSM had the greatest improvement in joint comfort.

The dreaded wrinkles and sagging skin of age reflects many things – hydration, essential fatty acid intake, collagen, mitochondrial health, and other things like sulfur. As mentioned earlier, sulfur is considered the beauty mineral as it directly affects skin and outward appearance. In a two-part clinical study published February 2020, participants were evaluated for fine lines, wrinkles, and skin texture linked with aging. Individuals who received 3 grams/day of MSM for 16 weeks experienced a decline in facial wrinkles and skin roughness compared to the placebo group.

Results of the second part of the study evaluated which dose was better for skin health. Participants received either 1 gram or 3 grams of MSM per day for 16 weeks. Both groups experienced noticeable improvement in facial wrinkles, skin firmness, hydration, and elasticity, but the higher 3 gram dose per day was more effective.

Athletes may want to consider using MSM before and after a strenuous workout as it helps with tissue recovery. Fatigue and soreness after a work-out or a day of physical labor may relate with a temporary build-up of lactic acid, but physical strain can come from many things including cortisol stress. Exercise stress releases cortisol. Some cortisol is needed, but in excess, it leads to muscle stress and breakdown, which affects your recovery. Animal studies show that MSM buffers against the effects of cortisol-induced stress on muscles, which aids in faster recovery.

Your stomach lining or gastric mucosa even depends upon sulfur. It is used to help protect the mucosal lining from the effects of an acidic pH and free radical stress.

Cell studies showed sulfur was helpful in supporting the pancreas and lung tissues from oxidative stress. Other new research shows MSM aids in protecting mitochondria within your lungs as an antioxidant and inflammatory modulator.

Your sinuses, nasal passages and immune cells use sulfur to manage tissue irritation against histamine and allergens. A recent study showed that individuals who received 3 grams of MSM per day experienced noticeable improvement with itchy eyes, sneezing, and nasal passage comfort.

Animal studies demonstrated positive modulatory effects on blood sugar, insulin, and cholesterol levels when diets were supplemented with MSM. Insulin function and cholesterol management were supported in the liver and blood stream with MSM intake in obese mice.

Sulfur is used to help maintain the lining of your bladder wall and urinary tract, aiding with tissue comfort and antioxidant support. Other research demonstrates that sulfur helps cell clean-up of unwanted debris and damaged cells within the prostate gland.

MSM is approved by the FDA as GRAS (Generally Recognized As Safe). It is well-tolerated with dosages up to four grams (4000 mg) per day or higher per day. MSM sulfur works with other nutrients like omega-3 EPA and DHA, lipoic acid, hyaluronic acid, glucosamine, chondroitin, zinc, copper, selenium, magnesium, etc to aid your body with daily functions and repairs.

MSM is a valued mineral required to keep your body healthy and rejuvenated. MSM has been considered a mineral for external beauty because of its value in great skin, hair and nail health, but you can now consider it a beauty mineral for your internal health and vitality.