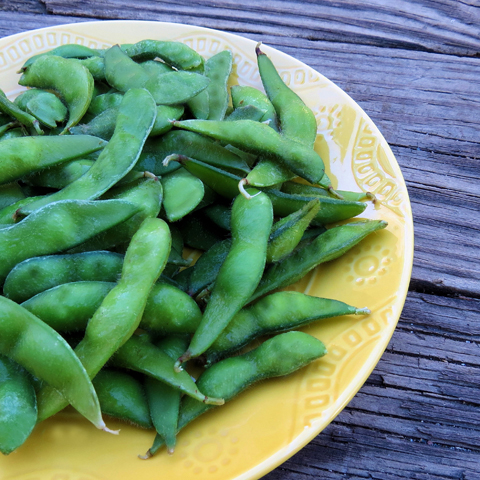 The modern day idea of a quality protein is a protein that provides all eight of the essential amino acids – the amino acids our body doesn’t make. That includes soy, dairy, and animal proteins like meat. By this simple definition, soy is a high quality protein. This simpleton theory is what spurred the boom of low quality genetically modified soy beans and soy products in America. But, soy is far from a healthy protein. Especially when it comes to your thyroid health.

Soy as an Endocrine Disruptor

Soy is a common food staple in Asian cuisine. However, traditional preparation of soy often includes fermentation (Miso) which changes the digestibility of the soy. In America, most people are eating large amounts of unfermented soy protein, soy bean oils, or soy products. Much of the issue centers around the fact that soy is an endocrine disruptor.

Soy has phyto-estrogen properties, causing it to act like and interact with sex hormones, particularly estrogens. Even modest intake of soy can have effects in both men and women. While soy and soy products are being marketed as helpful for women’s hormonal issues, studies remain controversial. The plot twist is that soy is a major source of income for the American government. There is unfortunately monetary incentive to market it as a health food.

Another issue is that most of the soy crop is now genetically modified. A soybean with altered DNA was introduced to the U.S. market by Monsanto, the very same company who has made a killing off of poisoning us with glyphosate herbicides. Genetically altering soy to resist glyphosate allows farmers to spray as much RoundUp on their crop as possible. This means these soybeans are in high demand for profit and America’s health is at risk. Check labels. As a cheap source of oil and protein, soy makes its way into many processed foods. Glyphosate is an endocrine disruptor, it changes gut health, and it is a toxin. All factors that will affect your thyroid.

Soy-based foods and nutrients in soy/tofu like genistein and daidzein are stressful to the thyroid and can contribute to thyroid problems. If you are consuming soy on a near daily basis, you are at risk for a variety of thyroid concerns. It is known that soy protein, especially as intake increases, reduces the functionality of an enzyme in the thyroid gland called thyroid peroxidase. This enzyme is needed to form thyroid hormone by assisting iodine to combine with tyrosine. Higher intake of soy can significantly reduce its activity (up to 80 percent in animal studies).

An interesting Japanese study gave 30 grams of soy protein per day to 37 people. This level of soy intake caused TSH scores to rise, although they remained in the normal range. However, the rise in TSH indicates thyroid stress. Stunningly, poor metabolic symptoms, like feeling tired, even occurred in people who consumed this amount of soy for three months, especially in older individuals. The authors of this study concluded that “excessive soybean ingestion for a certain duration might suppress thyroid function and cause goiters in healthy people, especially elderly subjects.” The risk for a thyroid interaction with soy increases with the amount of soy consumed. It also increases if you are lacking iodine or have a pre-existing thyroid condition. It is especially problematic in people with an existing hypothyroid condition.

If you wish to have a healthy thyroid and metabolic function, it is absolutely necessary to remove soy from your diet. Also, make sure your thyroid gland is properly nourished with the right nutrients.

Iodine is a mineral essential for a healthy thyroid gland. Iodine protects against goitrogenic compounds in soy and other foods as well as compounds in the environment that can stress the thyroid. Too much iodine in the wrong form can also cause thyroid dysfunction, though. High doses of potassium iodide can build up in the thyroid and may cause irritation. Use a water soluble form of iodine called Iosol Iodine that is easily absorbed and managed by the body. Selenium, vitamin A, iron, vitamin B12 and zinc also play critical roles in protecting your thyroid gland from stressors. Make these dietary changes and put yourself in the driver’s seat of your thyroid health again!