How Healthy Is Your Gallbladder? 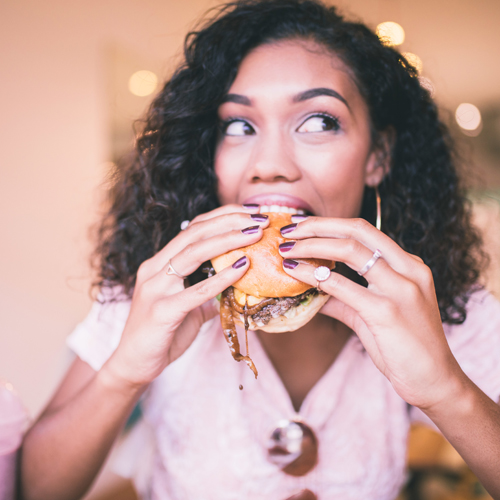 Eating out at your favorite restaurant or indulging at the county fair may bring great pleasure, but for many individuals, the consumption of rich, high fat food brings on symptoms of nausea, gastric pain and distress and a night of misery.

A healthy gallbladder, bile acid function, and digestive tract are essential to process rich or fatty foods; however, some people struggle with a sluggish gallbladder. Numerous factors like metabolic syndrome, low thyroid function, SIBO, and several medications adversely affect gallbladder and bile function. The occasional indulgence or even a well-balanced diet should be enjoyable and pleasurable. A healthy digestive tract requires healthy bile flow and a gallbladder free from sludge and build-up. Learn more about how to support your gallbladder function.

Gallbladder stones affect about 25 million people or 10 to 15 percent of the U.S. population. About 250,000 surgeries are performed every year for gallstones or gallbladder removal. Even more individuals are affected by bile sludge that builds up in the gallbladder from stagnant flow. A healthy digestive tract requires healthy bile flow and a gallbladder free from sludge.

Bile, a yellow-brown fluid produced by the liver, is made up of mostly cholesterol, bile salts or electrolytes and bilirubin. It is stored in the gallbladder in a fasting state or between meals, where it becomes five times more concentrated than that found in the liver.

Bile contains bile acids which are by-products of cholesterol made by the liver. Bile acids are needed for breakdown and absorption of fats and fat-soluble vitamins A, D, E, and K. Bile secretion also helps waste products like bilirubin be eliminated through the bowels. Bile flow is essential for digestion and cholesterol metabolism.

If contraction and release of gallbladder is impaired, concentrated bile builds up as sludge in the gallbladder. If it continues to be impaired, the sludge that is cholesterol turns into gallstones, i.e. cholesterol gallstones or even bigger problems.

Cholesterol, made by the liver or obtained from the diet, is eliminated from the liver into the bile. In humans, an estimated 500 mg or about two cups of cholesterol is converted to bile acids and eliminated in bile every day. Adults produce about 400-800 ml of bile per day (400 milliliter equals 13.5 ounces). Not a little process!

Bile acids secreted from the gallbladder into the duodenum are eventually recaptured further down the intestinal tract and reabsorbed back into the blood. The bile acids are then transported back to the liver and reused in healthy liver function. Each bile salt is thought to be reused two to three times during a single digestive episode and may be recycled as much as 20 times before it is excreted in the stool if the liver is healthy.

Secretin is released in response to stomach acid traveling down into the duodenum. Secretin adds bicarbonate and water to the concentrated bile acid that came from the gallbladder which helps the flow of bile into the intestinal tract.

Cholecystokinin and secretin talk with other hormones like leptin, and the brain via the vagus nerve or cranial nerve 10. They work together to help metabolism, satiety, and digestion.

Gallbladder symptoms historically appear in women in their forties who still have a menstrual cycle and are obese. However, this has expanded as the health of the population across the globe has changed as obesity increases. Build-up of gallbladder sludge and stones affects all ages, male and female.

Even young children are susceptible to gallbladder concerns. A 2019 Australian study found that children as young as 0-11 years of age experienced gallbladder problems. The greatest preponderance were found in overweight, female teenagers. Treatment recommendations included gallbladder removal to avoid stones getting stuck in the bile duct and inflaming the pancreas. Getting off to a good start in life with health is must. Gallbladder removal at such a young age impairs absorption and digestion for the rest of their life.

Obese women with a BMI over 30 are seven times more like to form gallstones. Being overweight can cause the bile to be supersaturated with cholesterol and form crystals which increases the severity of the disease. Visceral or abdominal obesity (apple shape) is more problematic for gallbladder and bile acid concerns affecting people across the globe.

Over the last decade, scientists have discovered enormous amounts of information about the microbiome in the gut and elsewhere in the body. Cutting-edge research published July 2019 demonstrates that the gallbladder has its microbial ecosystem and it plays a role in the health of the gallbladder. Individuals with gallbladder stagnation and stones were found to have different bacteria components in the gallbladder than those who were healthy.

It is already known that small intestine bacteria overgrowth (SIBO) is common in those who have gallbladder difficulties. As research progresses, I suspect a connection between SIBO altering the gallbladder microbiome will be found. You may learn more about SIBO in the articles SIBO Linked with Thyroid Medication and More and Proton Pump Inhibitors Lead to C Diff, SIBO, Dementia, and Heart Attacks.

Anticholinergic medications are used for many different disorders, but they have the adverse effects of slowing down gut motility causing constipation. This might be the most recognized sign of the gut slowing down, but anticholinergics impact the digestive tract’s autonomic nervous system’s signals. This adversely impacts many things including the hormone secretion necessary for bile release from the gallbladder.

Drug examples include tricyclic antidepressants, phenothiazines, some anti-Parkinson drugs, atropine, scopalmine, opiates, and loperamide. There are likely more. Check with your pharmacist too.

Choline and acetylcholine, the memory neurotransmitter are critical for brain-gut connection, peristalsis or normal movement of food down the digestive tract and is needed for the release of bile from the gallbladder. Anticholinergic medications have other harmful effects related to acid reflux or GERD and dementia.

GLP-1 analogues or incretin mimetics used to manage type 2 diabetes has been linked with increased problems with gallbladder and bile acid disease as reported in the journal JAMA Internal Medicine. Popular medications include Victoza, Trulicity, Ozempic and others.

Think about these various factors for instance with the blood sugar dysregulation, obesity and fatty liver (NAFLD) concerns and its connection with gallbladder and bile acid stress and then add in mediations used to treat type 2 diabetes that can cause gallbladder problems as a side effect. As you critically think about these scenarios, it should leave you saying – “What is wrong with this picture? Isn’t there a better way to help keep my gallbladder and bile working well?”

Doing just the opposite of some of the causes can help you have healthy gallbladder function. Physical activity, increased fiber intake, a healthy body weight, and avoidance of smoking go a long way to aid gallbladder and bile acid function. Lose weight slowly at about 1-2 pounds per week and avoid rapid weight loss diets. Stick to regular meal times and allow 4-6 hours between daytime meals by following The Leptin Diet. You can learn more with article Unclog Your Liver & Lose Abdominal Fat – Leptin Diet Weight Loss Challenge #6.

Eliminate fats from fried foods and reduce or avoid intake rich, high fat desserts or cholesterol rich foods if things are flared up. Apples, beets, coffee and radishes support bile acid flow into the intestinal tract. Identify food allergies and remove them from the diet. Eggs, pork, and onions can irritate an already stressed gallbladder.

Silymarin has been traditionally used to support liver detoxification and gallbladder function. It has added benefits of supporting pancreatic beta cells and insulin sensitivity. Make sure to add silymarin to your nutritional regime especially with concerns of obesity, blood sugar, and bile acid.

When the liver is healthy, it is amazing how efficiently bile is cleared. But as obesity, insulin resistance, fatty liver concerns, and germ overgrowth or SIBO occurs, gallbladder stress will follow making things much less efficient. Nutritional support and a healthy lifestyle can go a long way to help your gallbladder, liver and bile acids do its daily work. Make sure you give it some TLC so you can enjoy your meals and not fear digestive distress.