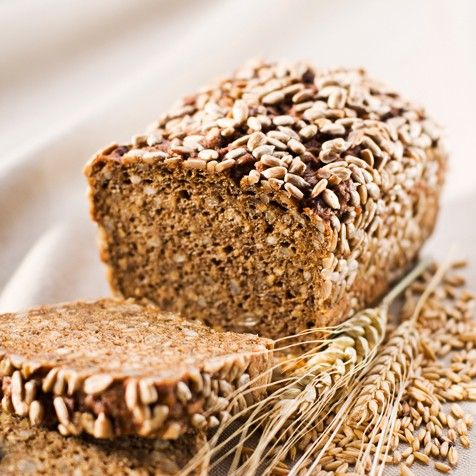 Gluten intolerance research has exploded in the last few years because of necessity and interest across the globe. Gluten is found in wheat, rye, barley, and sometimes oats. Foods made with white flour, wheat flour, whole grain breads, 12 grain breads, pastas, and numerous other foods contain gluten. This protein, unlike any other known food has the ability to change gut integrity and instigate health changes.

Gluten Intake Affects the Gut in All Individuals

The journal Nutrition Reviews December 2017 identified multiple harmful concerns with gluten consumption. World class researchers showed that gluten affects all human health with or without obvious symptoms. It showed that adverse health changes occur in and outside the digestive tract. Symptoms may not always reflect digestive difficulties, but the gut is always affected by gluten intake.

Gluten intake leads to immune or toxic reactions that impair the gastrointestinal tract. Gluten intake increases oxidative stress which can also affect genetic expression. Gluten is considered immunogenic or triggers the immune system to respond, cytotoxic, and proinflammatory increasing cell death and damages cell health and functionality. No other food protein has this effect to this degree.

Previous research showed that gluten intake affects gut flora and increases intestinal permeability in all individuals whether or not there is celiac disease or non-celiac gluten sensitivity. Intestinal permeability relates to changes in the function microscopic doors or “tight junctions” inside the gut lining which allow the passage of nutrients from inside the intestinal tract to the rest of the body.

The doors are physically modulated or opened by a chemical called zonulin. Gluten triggers the release of zonulin which then opens the tight junctions. This increase allows gluten proteins/peptides and other related peptides from the digestive tract to enter the blood stream and then circulate throughout the rest of the body. Gluten peptides then come in contact with any tissue or organ of the body and trigger an inflammatory or autoimmune reaction. Gluten experts state “that gluten sensitivity is regarded as principally a disease of the small bowel is a historical misconception.”

Skin or dermatological disorders linked with gluten intolerance include dermatitis herpetiformis, chronic urticaria, atopic dermatitis, psoriasis, alopecia areata, cutaneous vasculitis, IgA linear dermatosis, dermatomyositis, vitiligo, lupus erythematous, lichen sclerosis, recurrent aphthous stomatitis/canker sores and mouth ulcers, rosacea, hypersensitivity vasculitis/leukocytoclastic vasculitis (very small pinpoint bruises), amyloidosis, icthyosis/dry skin that looks like fish scales on the legs, transverse leukonycha (white lines and spots on the fingernails), porphyria, and hypertricosis lanuginose. If you have small, pinpoint bruises on your legs, hair loss, white spots on your fingernails, reoccurring canker sores, and/or a patch of psoriasis on your elbows or back of your neck, you might want to think about cutting out gluten.

Gluten intolerance can significantly impact the nervous system and brain. One of the more common neurological disorders seen is gluten ataxia and loss of balance or other movement disorders caused by damage to the brain’s cerebellum from gluten intake. Inability to maintain balance, unsteadiness or feeling tipsy when walking, bumping into the wall, not able to walk a straight line may reflect gluten intolerance. How many children or adults are labeled clumsy when it may be their nervous system reacting to gluten?

Gluten encephalopathy may present with several symptoms. The most common symptom is migraine 6 and there may be difficulties with cognitive skills and function, memory difficulties, and mood changes, i.e. brain fog, brain fatigue, depression, and anxiety. How many individuals young and old struggle with these common every day symptoms and end-up on an anti-depressant or other psychotropic drug?
Statistics show that at least 22 percent of patients with celiac disease develop neurological or psychiatric concerns. In cases where there is no other explanation why there is a neurological problems, at least 57 percent of people test positive for gluten intolerance.

MRI reports may often describe incidental findings with appearance of white matter lesions or pinpoint white spots seen on MRI brain scan. These findings are often overlooked and dismissed as normal. Experts in the field of gluten and neurology show that removal of gluten from the diet can reverse the appearance of the white matter spots, i.e. the brain inflammation from gluten responds to the removal of gluten.

The reality is the content and structure of gluten has changed in the last several decades. Coupled together with that is the dynamic change with the sheer amount of toxins that we are exposed to, including Roundup/glyphosate, other pesticides, herbicides, petroleum by-products, antibiotics, and other medications that alter gut flora and integrity. Those who consume ancient wheat or travel to European countries often find that their symptoms are much improved. The reason is simply gluten amounts and the ancient grains are much easier to tolerate and the agricultural toxic load is different.

Gluten intolerance may be one of the reasons, but it is not the only reason for many of the concerns listed above. If you have any of these disorders, try an elimination challenge for at least 30 days. If symptoms start to improve, then gluten is affecting your body. If you don’t see an improvement in symptoms right away, it doesn’t mean that gluten is not affecting you. Often in chronic disorders, it may take 6-24 months of avoidance for the body to repair to really start to see a major positive shift in health.

Standard celiac disease lab tests do not test for all of the proteins associated with gluten that can trigger an immune reaction. Nor does regular medical celiac disease testing measure zonulin and intestinal permeability even though these functional medicine tests are available. Presence of celiac genes HLA DQ2 and DQ8 genes is not a certain diagnosis of celiac disease nor does it relate to non-celiac gluten sensitivity.

Gluten intolerance comes with many faces as celiac disease, wheat allergy, and non-celiac gluten sensitivity. I am not recommending that everyone avoid wheat and gluten across the board on a whim. Work with your health care provider to evaluate gluten intolerance, intestinal permeability, and immunological responses to gluten. I do think we need to be aware that daily repetitive intake of highly processed gluten containing foods is stressful to the body and is one of several major reasons for loss of health in this country.

The body can heal from gluten exposure. Work on gut health with improving the integrity of the mucosal lining. Consume a diet rich in plant-based antioxidants. Work on replenishment of healthy gut bacteria with natural sources of probiotics like yogurts, kefir, fermented foods or probiotic supplements. Make sure to include a diet rich in cold water fatty fish for essential fats. Get rid of other toxic foods (sugar, processed foods, trans fats, etc.) and reduce or eliminate unnecessary medications that injure the gut lining too. Support with enzymes to help break down gluten, protein, carbohydrates, casein, and fat may be helpful to assist the healthy digestion of foods.

World class researchers find repeated evidence of all gluten exposure affects everyone. Altered tight junctions function and increased intestinal permeability, increased oxidative stress, gut flora disturbances, and immunologic changes occur with all exposures to gluten – it’s just the amount that varies per person. This is powerful information. With autoimmune disorders at ever increasing epidemic level, we should at least question whether how our personal health has been affected by gluten. The bread and grains that we have today is not the same “staff of life” bread of yesterday.