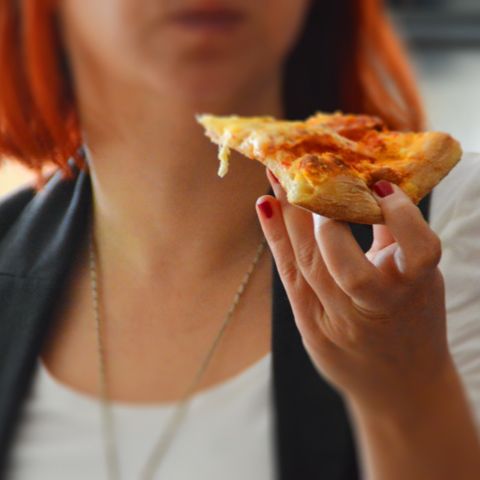 GERD (gastroesophageal reflux disease) runs rampant in this country. GERD affects one out of every five adults or 20 percent of adults in the western culture. Certainly, nearly everyone at some point in their life has felt indigestion, but these astonishing statistics should make one wonder why GERD is so prevalent. Numerous reasons account for this. Some of them may be in your medicine cabinet and daily regime.

Symptoms and Common Causes of GERD

Heartburn, indigestion, feeling like there is a lump in the throat, nausea, burping, and reflux of food back up into throat are common symptoms of GERD. Other symptoms may include sore throat, sinus congestion, chronic cough, hoarse voice, asthma, and disrupted sleep. It can also cause atypical chest pain. The majority of patients diagnosed with GERD are over the age of 40 with the incidence increasing with age.

Drugs that Cause GERD

Several groups of drugs are known to cause GERD or worsen the disorder as described in a recent journal article from the December 2017 Turkish Journal of Gastroenterology. Some drugs cause a delay in the stomach contents moving down the digestive tract. Other drugs may directly damage the esophageal lining. Others interfere with the how the esophageal sphincter works and some drugs may affect two or all of these mechanisms.

NSAIDs directly and indirectly injure the mucosal lining of the digestive tract and increase stomach acid secretion. They adversely affect the lower esophageal sphincter and slow the emptying of the stomach. If you take ibuprofen, Motrin, or any other NSAID on a regular basis, you are nearly twice as likely to develop GERD compared to non-users.

Aspirin is a well-known irritant to the small intestine lining, but it also affects the esophagus. Aspirin use can lead to the development of acid reflux and even erosions in the esophagus after a few months of use. Additional findings pertaining to recent conclusions on aspirin may be found in the article Aspirin: Riskier Than Previously Thought.

Birth control pills and hormone replacement therapy also increase the risk of GERD. These medications affect the neurotransmitter nitric oxide that works to relax the esophageal sphincter. Estrogen therapy is more problematic than estrogen and progesterone replacement therapy combined. The risk of GERD increased with higher doses and long-term use.

Bisphosphonates used for osteoporosis and other disorders were found to cause heartburn and regurgitation in more than 60 percent per patient reports. Clinical trials, however, disagree and refute the occurrence of GERD despite patient complaints. Risks were greater when these drugs were combined with NSAIDs and patients 70 years of age and older.

Benzodiazepine, especially Diazepam, and other hypnotic medications also interfere with the esophageal sphincter tone. Just like with other drugs listed above, the high dose and long-term use increases the risk of GERD. Medications affected the tone of the esophageal sphincter. In the case of alprazolam, the drug caused nighttime acid reflux because of the central nervous system effects.

Anticholinergic medications are highly problematic and greatly affect GERD. Numerous anticholinergic medications are on the market. These include various antihistamines, antidepressants, antipsychotics, bladder control, heart meds like Lasix and digoxin, anticoagulants, antidiarrheal, antispasmodic, antiulcer, antiparkinsonian, antivertigo, benzodiazepines, and even cough medicine such as Dimetapp. Check with your pharmacist if you are unsure.

Nitrates, commonly used for chest pain, and calcium channel blockers change the tone of the esophageal sphincter and affect movement of food down the esophagus. Both drug types increase the risk of GERD.

Asthma medications especially aminophylline/theophylline cause acid reflux. These drugs decrease the tone of the esophageal sphincter and increase stomach acid production. These drugs are also used to treat COPD and bronchitis.

In this article from the Turkish Journal of Gastroenterology, it was noted that higher doses and longer duration of drug use were more likely to cause GERD. If the drug was removed, often GERD issues would resolve over time. Yet, how many individuals receive a prescription for a PPI/antacid medication to counteract side effects from these medications.

Most of the drugs listed here are meant for chronic conditions requiring long-term treatment. There is no doubt in my mind that medications have certainly contributed to the epidemic levels of GERD. In addition to adverse effects from medications, here are some other things to keep in mind for healthy digestion.

In GERD, the sphincter(s) becomes weak or less effective and results in food refluxing up into the esophagus and irritating the lining, with the lower sphincter most commonly involved. Some medications may cause an increase in stomach acid, however many individuals actually experience low stomach acid. Low stomach acid and a poorly functioning lower esophageal sphincter increases GERD.

Adequate stomach acid is needed for digestion. If the stomach doesn’t release enough stomach acid, then food will sit in the stomach and ferment. Fermentation increases the amount of gas and pressure in the stomach. Eventually something has to give with a burp, belch, releasing the stomach pressure against the esophageal sphincter which causes stomach contents to reflux upward.

Chronic use of PPI/acid blocking medications are notoriously hard on the body and interfere with numerous aspects of healthy physiology. Adverse changes on physiology with difficulty getting off acid blocking meds occurs in as little as two weeks of use. Nagging heartburn doesn’t have to be the case. That daily baby aspirin, occasional ibuprofen together with the western diet, may be at the crux of your nagging heartburn.

GERD is a response of something not working right. The cause of GERD should be evaluated and appropriately managed. Many times, simple things can make a big difference. Meal timing and allowing 4-5 hours between meals is just as important as quality of food. If we lack meal timing, constantly graze, eat large meals or overeat, have germ overgrowth, then these gastric mechanisms are challenged. If we change these factors, then digestion can improve. If you must be on these medications, then make sure healthy principles are adhered to help your body as much as possible. It has enough to do with adverse effects of the medications without the addition of poor food choices, stress, overeating, or grazing.

Here are some great resources to help you get meal times and healthy digestion back on track.

Body Clocks and Weight Management – It’s All About Timing

Healthy Poop: What is Your Digestive Tract Telling You?