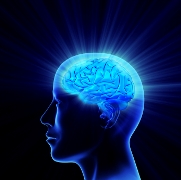 The government-sponsored food pyramid has been linked to the obesity epidemic for some time. I have said for many years that if you want to look like a pyramid then eat like one. The refined and excess carbohydrate plan that is the food pyramid has just been dealt a death blow. New research shows that the more carbohydrates you eat1 the more you damage brain cells that regulate your appetite, leading to eating more on a regular basis in order to feel full.

This is a rather dramatic finding that goes well beyond the idea that too many carbohydrates cause insulin resistance. It means that excessive carbohydrates in your diet, as promoted as a public health message by our government for decades, actually cause brain damage.

Dr. Zane Andrews, lead author of the study states: “The more carbs and sugars you eat, the more your appetite-control cells are damaged, and potentially you consume more….People in the age group of 25 to 50 are most at risk. The neurons that tell people in the crucial age range not to over-eat are being killed-off….affecting our judgment as to when our hunger is satisfied….A diet rich in carbohydrate and sugar that has become more and more prevalent in modern societies over the last 20-30 years has placed so much strain on our bodies that it's leading to premature cell deterioration.”

The government of the United States, including the various agencies involved such as the FDA and Department of Agriculture, are directly responsible for damaging the brains of several generations of Americans through dietary advice that had only one main motive that was worth billions – to help a junk food industry sell processed garbage to school lunch programs.

The FDA and the FTC are always bragging about how they regulate weight loss fraud. If they investigated themselves they would have to throw themselves in jail for all the damage they have helped cause. Sad but true, between toxins in the food supply and the allowance of horrid quality food and related dietary advice, our government bears a major portion of responsibility for the obesity epidemic in America today.