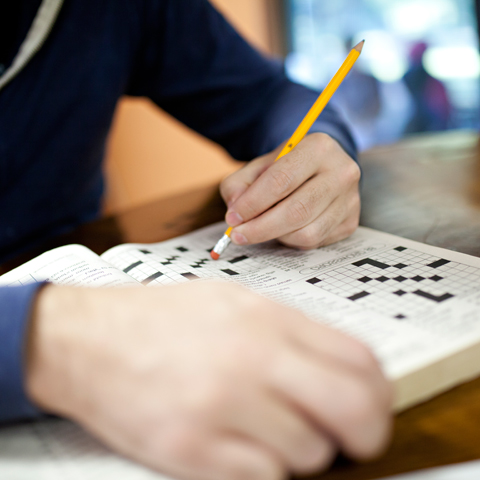 Fisetin is a hidden gem in the world of phytonutrients and antioxidants. Like curcumin and resveratrol but lesser known, fisetin is an incredible, bioactive phytochemical. Fisetin is considered a “smart” nutrient and offers remarkable antioxidant, anti-aging benefits.

Fisetin is a dietary flavonoid found in various fruits (strawberries, apples, mangoes, persimmons, kiwis, and grapes), vegetables (tomatoes, onions, and cucumbers), nuts and even wine. Strawberries have the highest amount of any food. Apples and persimmons have 5-10 times less than strawberries and other foods have even less.

The Power of Smart Nutrients

Fisetin has been recognized as a nootropic (noh-e-Trop-iks) or a “smart” nutrient. Nootropics are substances which may enhance and improve brain function in healthy individuals. Nootropics like fisetin are used to support mental sharpness, creativity, motivation, and cognitive function. This bioactive phytonutrient also delivers several additional benefits.

Fisetin brings versatile antioxidant support that helps protect the function and structure of different types of pathways on a microscopic scale and a larger systemic scale. On a cellular level, fisetin supports essential cell signaling pathways throughout the brain and body. On a broader scope, fisetin supports the circulatory pathway and blood vessel structure in the brain and body.

Fisetin, as a “smart nutrient”, provides remarkable support for the brain as it helps increase intracellular levels of glutathione within the brain. Fisetin and glutathione provide critical antioxidant support for the brain’s glial cells. Glial cells are the brain’s immune cells and workhorse. They take care of daily housekeeping within the brain. If glial cells get overworked, it creates oxidative stress and affects cognitive, mental and physical health.

Glutathione, the master antioxidant system for the whole body, is at the backbone of repair, protection, detoxification, and daily function. As levels of glutathione decline so does health. Fisetin supports glutathione production in the body.

In addition, fisetin helps manage cell signaling pathways. Signaling pathways are a network of communication relay systems between cells. Pathways are found in the brain, heart, liver, joints, and throughout the body. Signaling pathways help cells relay and receive signals about their environment, manage homeostasis, cell stress, repair need, cell division and growth, development of new blood vessels, and daily cellular function. In this scenario, fisetin acts like an all-in-one antioxidant sponge and traffic cop as it helps keep cell signaling from functional and adverse stress.

Fisetin’s antioxidant, traffic cop role with cell signaling in the brain was tested with the exposure of a common insecticide, rotenone. Rotenone was used to stress the nerves and brain tissue. Scientists put fisetin to the test with the results of the study published January 2019. Results demonstrated that fisetin was effective as an antioxidant and supportive of cell signaling in the brain even when exposed to the insecticide.

Fisetin was recently found to help protect the brain from methyl mercury toxin exposure. Pregnant rats were exposed to methyl mercury which is a hostile toxin to the brain of developing fetuses. The offspring avoided methyl mercury accumulation in deep brain structures when the mother was fed fisetin. In both the rotenone and methyl mercury exposure, fisetin, by its ability to help cell signaling molecules and pathways and powerful antioxidant capacity, helped shield and direct these toxic chemicals away from delicate nerve tissues.

Fisetin helps activate neurotrophic or nerve growth signaling pathways in the brain which are essential for managing brain stress and repair. It helps protect delicate cell membranes and nerves and the structural fats inside these tissues.

Brain health and aging well is the goal for everyone. Time, stress, chronic low-grade inflammation and unmet repair needs wear away at mental and emotional vitality and robs individuals of aging well. A brain that is not aging well is like a highway strewn with potholes caused by adverse conditions and inadequate repair and infrastructure. By helping the signaling pathways and attenuating oxidative stress to avoid emergence of “potholes”, the more likely you can age well with resilient brain function. What you do with nutrition amongst other things like sleep, physical activity, stress, blood sugar, etc. makes a difference in the long run.

Antioxidant for the Circulatory System

The vast network of blood vessels in your body is the granddaddy of all highways systems. If all the blood vessels (arteries, veins, capillaries) in your body were laid end-to-end, the entire circulatory pathway would be more than 60,000 miles long. Protection of the circulatory system from oxidative stress and “potholes” of this whole system is essential for maintaining brain health.

Calorie restriction, which is different than the keto diet, is a dietary anti-aging strategy that is highly regarded in research and anti-aging circles. When cells are overfed or exposed to excess calories, it stresses the metabolism of cells and contributes to metabolic aging. A number of nutrients, like fisetin, have been studied to see if they can mimic the effects of dietary calorie restriction as they provide “great potential as a health anti-aging strategy”.

Recent animal studies showed fisetin does provide similar influential, anti-aging benefits in the brain as in calorie restriction. This “smart” nutrient increased antioxidant levels in the brain which provided neuroprotection against aging and breakdown even with metabolic stress. It helped maintain and protect the electrical charge on brain mitochondria and supported activity within ion channels. These physiological activities are fundamental to maintain mental sharpness and brain energy. This means that metabolism isn’t weighted down and shows cleaner, faster, lighter energetic efficiency.

Cellular Signaling in the Liver and Detoxification Support

Fisetin helps cell signaling functions within the liver. A study published March 2019 demonstrated these effects on rodents fed high fat, high sugar diet. This type of diet would normally cause fat to deposit in the liver. Results were compared with amongst those fed fisetin and other control groups within the study. Animals that consumed fisetin did not experience fat build-up in the liver, as it supported healthy liver metabolism and reduced dietary stress effects on liver cells.

Hippocrates said, “Let food be thy medicine and medicine be thy food”. A bowl of organic strawberries provides a good dietary source of fisetin (about 24mg per cup). In order to get higher amounts to have a bigger impact on health, you would have to consume several pounds of strawberries per day.

Wellness Resources offers two supplements with fisetin: Brain Protector (25mg fisetin per capsule) and Fisetin (100mg fisetin per capsule). Both offer a high purity, standardized, extract of fisetin called Novusetin®. The anti-aging, antioxidant, detoxification, and cell signaling effects of fisetin are indeed remarkable and characteristic of a “smart nutrient”. Fisetin is a beneficial nutrient to support and maintain brain health.*