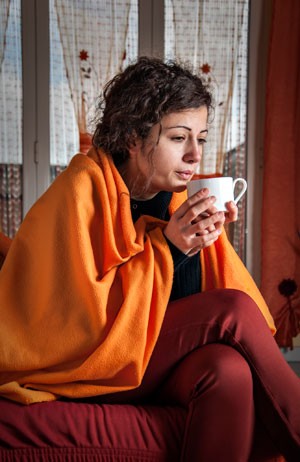 H. pylori infection and non-steroidal anti-inflammatory meds (NSAIDS) like aspirin, ibuprofen, and Motrin use are considered the main risks to ulcer development. There is another player on the block. New research found evidence that peptic or stomach ulcers and duodenal ulcers (small intestine) are associated with chronic reactivation of the Epstein Barr Virus (EBV). In this study, researchers found that individuals who had a gastric ulcer had elevated levels of anti-EBV IgA titers or antibodies. Those who had a duodenal ulcer had elevated anti-EBV IgG titers. These are two different types of antibodies associated with the virus. Why one location in the digestive tract had one type of antibodies and the other had a different type is unknown. EBV activation and presence of the ulcers reflects that the body’s immune system was not able to keep the Epstein Barr Virus dormant. The researchers concluded, “Our study suggests that EBV reactivation in gastric and duodenal epithelium (lining) increases the risk to develop peptic ulcer disease.” For individuals who test negative for H. pylori and are discretionary about NSAIDS use, this provides an explanation for why and where to focus.

A number of studies over the last 20 years have explored the link of EBV and inflammatory bowel disease (IBD). In one very small study, 63 percent of patients with Crohn’s disease and 60 percent of ulcerative colitis patients had active EBV infection within the gut tissue. Another study found those with active ulcerative colitis, Epstein Barr Virus had accumulated within and under the lining of the gut and within lymphocytes.

Lymphocytes are the main type of cell found in the lymph and consist of natural killer cells, T cells (thymus derived cells) and B cells (bone marrow derived cells) that fight infections. In this study, researchers found a predominance of B cells and impaired levels of T cells. This is a common finding with EBV activity. As research findings continue to filter in, more sophisticated testing demonstrated that EBV-infected lymphocytes are frequently present in inflamed gastric and colon lining. Many of the lesions found in the inflamed bowel tissues showed active EBV viral replication. The active viral replication sets up a chronic snowball cycle of inflammation and viral activation within the gut.

As with any type of disease, early identification and treatment is preferred. In the case of inflammatory bowel disease, the medical profession recommends aggressive therapy of immunosuppressive steroids, i.e. prednisone and/or biological drugs to achieve healing within the mucosal lining and prevent disease progression. Biological drugs are medications like the anti-TNF alpha drugs - Remicade, Humira, adalimumab, etanercept or infliximab.

A study released earlier this year confirmed that patients who had chronic non-responsive inflammatory bowel disease (Crohn’s and Ulcerative Colitis) treated with immunosuppressing steroid drugs developed a worsening of the disease, that led to viral colitis from EBV or another virus human cytomegalovirus (CMV). That is, the drugs used to treat the inflammatory bowel disease actually worsened the disorder because the immune system was suppressed. The immune suppression caused dormant viruses to activate, provoking further injury to the bowel. Patients with the highest viral load identified in the tissue samples had the worst damage to the gut.

Even more concerning is patients who have IBD and receive biological therapies, i.e. anti-TNF therapy. These patients are at a much higher risk for deadlier problems and end organ tissue damage. Patients in this circumstance are most at risk for developing EBV and CMV infections, which increases the risk of deadly excessive inflammatory response with end stage organ damage called hemophagocytic lymphohistiocytosis (HLH). The researchers who studied this link left this recommendation or plea with their conclusion, “In patients receiving biological therapies who develop HLH, searching for concomitant infectious process is mandatory, and specifically surveillance for EBV/CMV infections in patients with inflammatory bowel disease.” Anti-TNF therapy drugs are also used with other autoimmune disorders and have similar concerns.

An August 2015 study found those treated with these increasingly popular anti-TNF therapies for IBD had additional risks. They found that IBD patients treated with these meds have higher EBV levels and enhanced EBV-lytic gene expression. EBV-lytic activation reflects a higher level of disease activity with gene expression and is related to the development of EBV lymphomas or EBV-related cancer. There is no doubt that IBD disorders are serious and need intervention, but at what price?

Inflammatory bowel disorders with EBV are also found in children, not just adults. A June 2015 study found that children treated with the immunosuppressive drug azathioprine for Crohn’s disease or ulcerative colitis triggered EBV activity. Of the 106 children in this study, 64 percent had a higher EBV viral load associated with the immunosuppressant drug. Azathioprine is a powerful drug. It is not approved by the FDA for the treatment of ulcerative colitis or Crohn’s disease, but it is still recommended by medical providers.

Based on these recent studies, patients undergoing aggressive anti-TNF therapy, azathioprine and steroid drugs absolutely must be tested for EBV status and activity. Unfortunately, a common belief is that EBV is benign and dormant in most people. This misinformation may lead to a high-risk, deadly situation if the medical provider is unaware of this research or dismisses the severity of this common virus.

In addition to IBD and peptic ulcer disease, very limited research shows that some acute appendicitis problems are due to viral infection or reactivation. This includes EBV, CMV, and a couple of other herpes family viruses. It is commonly recognized that bacterial infections are the cause of appendicitis; now add these other factors to the gut microbiome and gut virome (gut viral load).

Individuals struggling with inflamed digestive tracts to the point of ulcers and inflammatory bowel diseases must work with their physicians to identify if EBV is a clear and present danger for them. Several studies cited the mandatory need for this type of evaluation to avoid life-threatening problems. Those who choose to follow the path of steroids, azathioprine, and anti-TNF therapy drugs absolutely must be aware of the EBV risk. Natural support offers safe, supportive measures to down regulate and inhibit EBV activity without the deadly consequences seen with other therapies. If you need to use the medical treatment, strongly consider the resources listed above to complement and nourish healthy defenses. This research shows another face of the sleeping giant virus that has been falsely assumed as benign. Don’t let it sneak up on you if you are at risk.