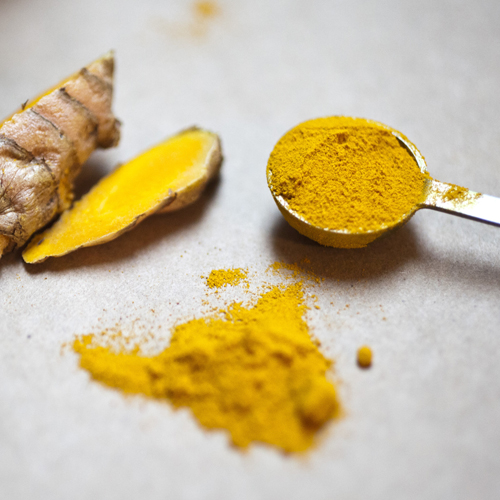 Curcumin, the yellow pigment in the turmeric, continues to make headline news as a superb, multitalented spice. I recently discussed the benefits of curcumin in the lower digestive tract in the article Curcumin Supports Gut Lining and Health. Curcumin is also shown to support health of the upper digestive tract, including the esophagus, sphincter muscle, and stomach. Stomach and bile acid, stressed digestion, and NSAIDs affect these tissues.

Within the gut, curcumin is a highly favored nutrient for cellular, mucosal lining, and microbiome health. Substantial evidence in double-blind placebo-controlled human studies demonstrates curcumin’s value. You will find that curcumin significantly supports the health of the whole digestive system.

These benefits and other similar effects are essential to protecting cell structure and function in the upper digestive tract. This applies especially to the area where the esophagus connects to the stomach at the lower esophageal sphincter and stomach.

The lower esophageal sphincter muscle opens in response to swallowed food traveling down the esophagus to enter the stomach. Once it reaches the end of the esophagus, the sphincter opens to allow passage of food into the stomach and then closes to further continue the digestive process.

If the sphincter is lax or doesn’t sufficiently close at any time during the digestive process, then stomach acid can reflux upward into the esophagus. Cells lining the esophagus are then bathed in acid which irritates tissues.

Bile acid from the gallbladder can also reflux back up into the stomach and the esophagus. Normal opening and closure of the sphincter depends on adequate stomach acid, normal peristalsis or movement of food down the tract, acetylcholine – a neurotransmitter, and nerve signals from the brain through the vagus nerve/cranial nerve essential for gut motility.

NSAIDs such as aspirin, ibuprofen, indomethacin, motrin, etc. cause significant gastrointestinal stress and increase the risk for ulcers and bleeding. These drugs induce oxidative stress that increases lipid peroxides and free radicals within the stomach and digestive tract lining that lead to their serious side effects.

Curcumin’s antioxidant activity helps to buffer against this oxidative irritation response on the stomach mucosal lining. In addition, curcumin enhances and accelerates the natural mucosal regeneration within the stomach that further protects tissues.

Some scientists question curcumin’s benefits because curcumin doesn’t absorb well on its own. This has caused some conflicting research results. Importantly, when curcumin is combined with other compounds like BioPerine, a black pepper extract, its absorption increases by as much as 2000 percent making it able to be used elsewhere in your body.

Antioxidants are synergistic together as they help recycle each other. This is the case with curcumin combined with other antioxidants, like melatonin. Although, more commonly recognized as a sleep hormone, melatonin is also powerful antioxidant in the gut. When curcumin and melatonin are taken together, they provide protection for the stomach mucosal lining against oxidative tissue stress.

Zinc taken with curcumin also enhances antioxidant protection against NSAIDs and alcohol exposure. The combination of nutrients cushioned against TNF-alpha and IL-6 inflammatory stress, while they increased the activity of the enzyme antioxidant systems of glutathione and SOD. Zinc combined with curcumin was also shown to help benefit healthy gut flora.

Curcumin’s antioxidant actions play an important role in helping stress-related indigestion. You probably remember a time when you felt that your stomach was in knots, had indigestion, perhaps even having a sore stomach from chronic stress or when facing unpredictable stressors.

Stress hormones dumped into the stomach and intestinal lining increase stomach acid while using up antioxidants like glutathione. Use of curcumin helped soothe gut stress response by helping to regulate stress hormones in the brain and gut while also quenching free radicals. Curcumin’s antioxidant and adaptogenic properties were found to protect both the gut and brain from the effects of stress.

The impact of curcumin and the brain-gut stress response reaches even further. Stress can readily disrupt healthy gut flora and is a significant reason for increased intestinal permeability. Curcumin helps the growth of beneficial bacteria Bifidobacteria and Lactobacillus while aiding reduction of non-beneficial strains.

When you think about gut health and nutritional supplements, you may think about probiotics, prebiotics, fiber, digestive enzymes, ginger, and perhaps a few others. In light of this information with curcumin on gut health and its companion article Curcumin Support Gut Lining and Health, this hopefully spurs you on to include curcumin for your own gut health.

Curcumin is actually part of the ginger family (Zingiberaceae). When you think of adding ginger to your meals for gut health and digestion, invite its family member, curcumin, to your dinner table. Indian and Chinese cultures have done this for thousands of years. In addition to curcumin helping other aches and pains, your tummy might just thank you!

Here are some additional articles of interest:

Taking a Turmeric or Curcumin Supplement? Read This First

The FDA’s Scheme to Reclassify Nutrients as Drugs