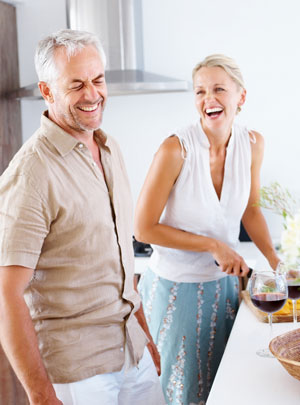 Fungal overgrowth in the gut used to be dismissed as a cause of gastrointestinal distress. Unless a person was severely ill, candida overgrowth was often ignored by mainstream medicine. Science now confirms what many in natural healthcare have believed for decades. Candida and other fungal and bacterial overgrowth is a significant cause of inflammatory bowel disease.

Traditional medical experts believe Inflammatory Bowel Disease (IBD) is caused by a virus, like Epstein Barr Virus (EBV), bacteria, or genetic predisposition. These factors trigger an abnormal immune response that causes the bowel disorder. Smoking, living in an urban area or an industrialized country, along with Caucasian or Eastern European ethnicity are risk factors for IBD. It is more prevalent in 19-40 year olds. NSAIDs use such as ibuprofen, naproxen sodium, diclofenac sodium and other medications are seen to worsen bowel inflammation but, according to Mayo Clinic, do not cause IBD. Western diets, which are high in fat and sugar, and low in fiber increase the risk for IBD. But, there is more to inflammatory bowel disease than that. Research confirms Candida, increased intestinal permeability, and challenged immunity all drive the pathology of IBD.

Studies in recent years have suggested that the normal bowel flora composition is upset in IBD. For example, one study evaluated Crohn’s disease patients and evaluated inflamed mucosal intestinal lining. They compared it to parts of the intestinal tract that was not inflamed in each patient. The parts of the gut that were inflamed had a prevalence of Candida albicans and two other fungal overgrowth, i.e. Aspergillus clavatus, and Cryptococcus neoformans. Other studies have found Candida glabrata overgrowth in the bowels. Along with the yeast overgrowth, there is lack of beneficial bacteria and essential diversity of gut flora.

The result of fungal overgrowth is bowel inflammation, which causes elevated levels of tumor necrosis factor-alpha (TNF-a), interferon-gamma (IFN-gamma), or interleukin-10 (IL-10). Other changes include increased intestinal permeability and changes to the “tight junctions”, increased inflammation, insufficient secretory IgA (sIgA) and many others This compound helps make and protect the mucosal linings in the gut. It prevents germs from adhering to the surface of the mucus membranes and helps to protect the gut lining from changes in intestinal permeability.

Studies also show that certain genes, SNPs, or polymorphisms turn on because of the dysbiosis. This causes a breakdown in the cellular clean-up or autophagy in the gut. Autophagy dysfunction is a significant underlying cause of disease including IBD. A diet rich in berries, along with curcumin and resveratrol have been found to beneficial for autophagy support.

Medical treatment for Inflammatory Bowel Disease relies on antibiotics, immune suppressive drugs like steroids, anti-inflammatory agents like salicylate/aspirin derivatives, and omega 3 fatty acids. Probiotics are recommended with different strains of Lactobaccilus and Bifidobacteria with long term use providing the best results. For those who are severely ill, fecal transplants are included in the treatment program.

1. Removal of problematic foods. A recent study evaluated Crohn’s patients for IgG food intolerances. IgG food intolerances are known as delayed food intolerances. Immune inflammatory reactions may occur from 3 hours to 3 weeks after exposure. In this study, it was found that milk, beef, pork, and egg were the most common reactive foods in Crohn’s disease patients. Removal of the offending foods was found to significantly decrease IBD symptoms. In other studies, researchers note that there is a well-known association between celiac disease/gluten intolerance and ulcerative colitis, especially in children. Candida and celiac disease may often occur together. Standard allergy testing in the medical profession focuses on IgE testing. To figure out your trigger foods, it is important to get IgG food intolerance blood tests instead. The Specific Carbohydrate Diet, which essentially removes the food types that can feed the dysbiosis, can be beneficial for relieving the inflammatory response. Use plant based digestive enzymes to help digest food and take the stress off the mucosal lining from poor digestion.

2. Manage inflammation. Traditional medicine typically focuses on immune suppressants, steroids, and biological modifying drugs, but they come with their own side effects. Natural support may be used with these medications or by themselves to manage the effects of inflammation. Removal of GMO foods and consuming several nutrients are essential for digestive inflammation, leaky gut syndrome, and the inflammatory IL-10, TNF-a, and IFN-gamma management.

3. Protect and restore the intestinal barrier.

4. Remove pathogens. Antibiotic resistance is a well-known concern within the medical profession. It takes higher and higher amounts of antibiotics to kill off the offending bacteria. The same concern, fungal treatment resistance, is happening with prescription drug antifungals for medical treatment of Candida. Several natural plant-based compounds exist that do not have the same risk as synthetic antifungals. These include oregano oil, noni, lactoferrin, colloidal silver, cranberry extract, gymnema sylvestre, and cinnamon. These compounds may be used together if desired or taken with shark liver oil to help enhance antibacterial and antifungal activity.

Taking measures to clean up the gut, decrease the inflammation, and remove the challenges creates less damaged tissue that needs to be cleaned up by the gut. In doing so, the total burden placed on autophagy processes should be lessened. As this occurs, it is likely to further de-stress the body which may ultimately decrease the genetic risk.

Inflammatory bowel disease, like Crohn’s disease, was first described in 1932. Note that risk factors include living in urban or industrialized area with a diet high in fat and sugar. Mayo clinic does not include antibiotic exposure as risk factor, yet antibiotics destroy gut flora leading to dysbiosis. Candida is a normal yeast present in the gut flora, but problems occur when it is overgrown. Modern age hygiene, challenging diets, C-section deliveries that lead to a loss of the normal flora inoculation with vaginal birth, loss of contact with normal soil organisms, and medical treatments appears to have created a conundrum with GI tract integrity and health.

Recognizing that Candida overgrowth and other dysbiosis are linked with Inflammatory Bowel Disease is a major first step in recovery. Taking steps to restore the gut microbiome is the next step to usher in healthy changes. The latest drug commercials for IBD provide the choice of spending time in the restroom struggling with the illness or choosing their latest biological modifying drug that doesn’t address Candida overgrowth. Which door are you going to open?