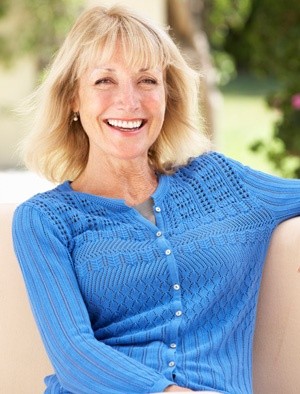 Researchers have documented an alarming link between the use of antidepressants1 and the development of serious heart disease. The link was discovered by following 63,449 women as part of the Nurses' Health Study. The results show a “specific relationship between antidepressant use and sudden cardiac death.” The specific conclusion of the study states, “In this cohort of women without baseline coronary heart disease, depressive symptoms were associated with fatal coronary heart disease, and a measure of clinical depression including antidepressant use was specifically associated with sudden cardiac death.”

This antidepressant news followed another recent and rather stunning finding, that antidepressants cause significant bone loss. The commonly used SSRI antidepressants double the risk for fractures in anyone over the age of 50 who uses them regularly. The mechanism involved is that too much serotonin2 from the drugs directly interferes with the formation of new bone.

On top of this disturbing news, it has become quite clear that the majority of negative studies about popular antidepressants such as Prozac, Zoloft, Paxil, and Effexor were never published, according to a study in the New England Journal of Medicine, as reported in the New York Times. Thirty-seven studies the FDA considered positive were published, whereas only three negative studies were published. Thirty-three studies the FDA considered negative or questionable were either not published (22) or published with spin to look positive when they were not (11). This made antidepressant studies appear 96% positive in the literature, when in fact the studies were only 51% positive.

In the Western medical model of treating symptoms as they arise, without identifying the cause, women on antidepressants losing bone mass will simply be put on the bisphosphonate drugs. This is another drug con job, as these drugs actually disturb the health of bone and at best keep old bone in place while blunting the formation of new and healthy bone. Two dimensional pictures can appear to show more bone density with their use, which is nothing but smoke and mirrors, as the bone is actually swollen and malformed (like a swollen ankle). The FDA has warned that these drugs can cause serious bone pain. Bone drugs are actually linked to rotting jaw bone, increased risk of fracture3 with long-term use, and a poor bone-healing response if you happen to fracture a bone while taking them.

To make matters even worse, going on bone drugs also increases a person's risk for atrial fibrillation, which can also cause sudden cardiac death. A report in the Archives of Internal Medicine4 offers conclusive proof that users of Fosamax are at an 86% increased risk for developing heart-related damage in the form of atrial fibrillation. The FDA, looking at the same data, has stonewalled the issue, allowing Big Pharma to go on injuring without proper notification of risks for the public.

Adding to the list of suspect cardiovascular drugs are the widely prescribed statins. These drugs are now proven to disturb how your cells make energy, meaning they are directly making aging worse. Also, energy is required to make your brain function normally and have a good and positive mood. It is amazing that a society is so brainwashed by their pill-pushing physicians that 20 billion dollars worth of fatigue-producing and nerve-deteriorating drugs will be gullibly swallowed this year. The side effects of statins are so bad, especially in older people, that a new study demonstrates their risks in people 70 or over far outweigh their benefits even if the person has heart disease.

This is a real double-edged sword. Statins cause depression by directly interfering with normal nerve transmission, a problem that gets worse with extended use and higher doses, the primary way these drugs are used. On top of that, the anti-energy effects of statins can weaken the heart muscle, setting the stage for cardiomyopathy and congestive heart failure. Partly, this is because statins directly interfere with the production of Q10, an important nutrient your heart must have to work properly so as to make energy. Partly, it is because statins are directly toxic to muscle and injure muscle in more than 15% of users, and your heart is a muscle.

Thus, men and especially women can find themselves on a potentially devastating cocktail of drugs, any of which by themselves increase the risk for heart failure and taken together are really likely to boost risk. The drugs are so bad for health that they create the symptoms that imply the need for more drugs! It is a vicious cycle that is hard to break. In fact, when combinations of cardiovascular and diabetes drugs are used to aggressively treat type II diabetic patients the results are abysmal, resulting in an increase in deaths.

This problem is not theoretical. At last fall's meeting of the American Heart Association5 researchers presented data showing a staggering and unexpected increase in congestive heart failure in patients 65 and over. During the past several decades, paralleling the expanded use of such drugs as statins, bone drugs, and anti-depressants, the rate of heart failure amongst Americans has risen to an extra 450,000 cases per year (900,000 total). This statistic cannot be explained by an increased population of older Americans. There is a real problem here. People are being injured and killed and virtually nobody is doing anything about it.

The FDA does nothing to ensure such combinations of drugs are safe to take for an extended period of time – failing to inform and protect consumers from actual risks. To the contrary, FDA managers negate risk data in favor of Big Pharma on a routine basis, often disregarding the warnings of their own safety scientists. Drug injuries are on the rise. The newer drugs people are taking are twice as likely to injure. The FDA shirks responsibility and does not demand follow-up safety studies by Big Pharma that are required by law. And the expense of this to society is staggering.

Sure people have legitimate health issues that need to be improved. There are safe ways of doing this. It takes work. It takes personal responsibility. It takes commitment to a healthy lifestyle and spending the time needed to do the right things for your health on a consistent basis. There are no quick fixes.

Doctors are being paid on the side by Big Pharma to push Big Pharma drugs on you, and psychiatrists are the worst offenders. This is creating a clear path to seriously worsened health – and that path is through the use of Big Pharma medications to treat symptoms and numbers on paper.

Mental Fatigue Getting the Best of You? Nourish Your Brain