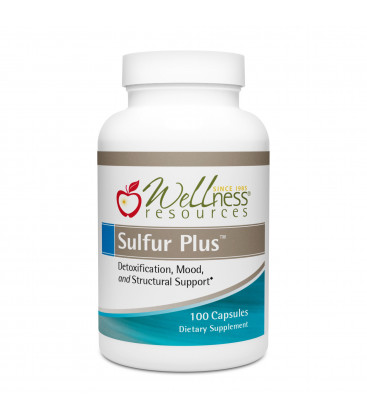 Sulfur Plus™ provides MSM sulfur and more to supports the respiratory system, GI tract, hair strength, and clearance of toxins.*

MSM Sulfur (methylsulfonylmethane) is an organic sulfur-containing compound that occurs naturally in a variety of fruits, vegetables, grains, and in humans. Its levels in food have been seriously disrupted by chemical pesticides and pollution, interfering with the important sulfur cycle that feeds valuable nutrition to plants and consequently to humans. Sulfur-containing enzymes sit in the middle of hundreds of biochemical reactions in human metabolism, including those that clear toxins (sulfation), support antioxidant function, and help build body structure.*

For example, collagen is held together by disulfide bonds, a major component of skin, connective tissue, and healthy joints. Sulfur is also highly concentrated in hair. This natural support of hair and skin has given rise to MSM Sulfur's nickname: the beauty mineral.*

MSM Sulfur may assist immunity.* It is an important nutrient in the structure of mucosal membranes (lungs, sinuses, and digestive tract), the front lines of immune system defense.*

In our unique Sulfur Plus product we combine MSM Sulfur with two other synergistic nutrients: TMG and Biotin. These nutrients act to enhance the function of MSM Sulfur in the skin, brain, and liver.* Sulfur Plus is often used with Daily Detoxify™ to support natural detoxification or it can be used with any other structural products).*

Trimethylglycine or TMG (also known as betaine) assists in the metabolism of homocysteine back to the sulfur-containing amino acid methionine, which in turn can now produce the important nutrient SAMe (S-adenosylmethionine), a compound that is vital for many liver, nerve, and cellular biochemical tasks.* It is important for the liver to naturally clear or recycle homocysteine, and TMG assists with other B vitamins to carry out this function.* Once TMG is used in this manner it becomes DMG (dimethylglycine), another useful nutrient that may assist oxygen utilization in body tissues.* Both DMG and SAMe are expensive individual nutrients, while TMG is relatively inexpensive and the body makes both of them during metabolism.*

Biotin is an important B vitamin involved in the metabolism of fatty acids, protein, and glucose.* It has been shown to support mood, apparently by helping enzymes that elongate fatty acids for use in brain structure.* It also provides a similar function for the skin (helping dry skin) and is important in hair formation.* GI problems may inhibit biotin formation and utilization.* 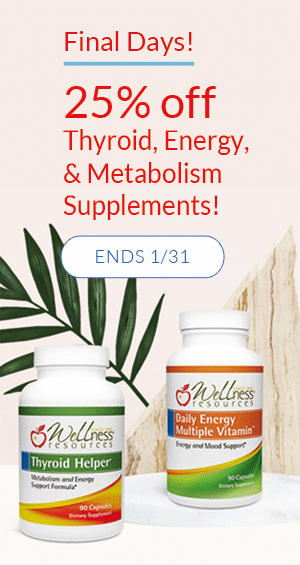