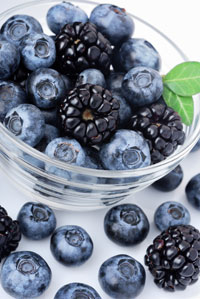 The Wall Street Journal now calls it Vytoringate – one of the biggest drug frauds in history. Merck and Schering-Plough sat on bad drug trial results of their cholesterol drug and raked in close to 10 billion dollars selling snake oil. The drug in question, Vytorin, was supposed to prove it could reduce heart disease risk by lessening the thickness in the carotid artery, thus showing the ability to reduce plaque formation. It failed miserably. As I have reported, the statin industry is one big scam.

The House Subcommittee on Oversight and Investigations is looking into the matter. The fry pan is getting hot. Congressmen Bart Stupak and John Dingell have written a letter to the companies asking questions and stating “We have … discovered that a Schering-Plough officer, Carrie Smith Cox, sold significant numbers of shares of Schering-Plough in the time between the end of the ENHANCE study and the release of the results on January 14, 2008.”

Now the Senate is getting involved. The Wall Street Journal reports that Senator Chuck Grassley has sent a batch of letters to the SEC, the American Heart Association (AHA), the American College of Cardiology (ACC) and the CEOs of Merck and Schering-Plough. Yes, the same folks who have fraudulently attacked vitamin E and cost many elderly their health were most likely in on the hoax – promoting the sale of bogus cholesterol drugs under the fraudulent shield of “impartial science.”

Not to be outdone by the Senate, Dingell and Stupak chimed in: “Given the AHA’s and ACC’s recent statements on Vytorin and the ENHANCE study, our Committee is interested to learn what financial arrangements exist between the marketers of Vytorin and these two organizations,” Dingell said in a statement. “The public places great trust in the official views of the AHA and the ACC, so it is important to verify that these views have not been compromised by a financial relationship with the pharmaceutical industry.”