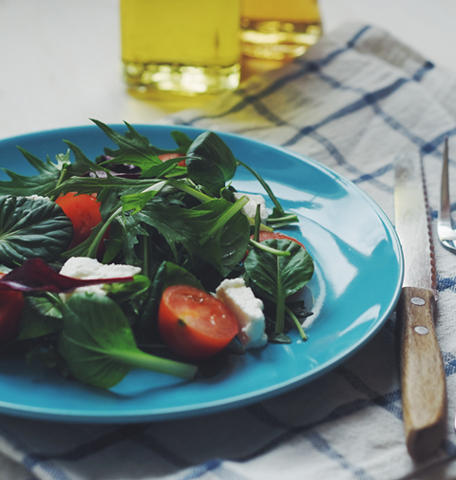 Vitamin K2 has an excellent reputation for supporting bone health. While this is often the entire focus of vitamin K2, its capabilities and effects on health goes well beyond bones. Amazing information pertaining to vitamin K2 function has been uncovered in recent years. As you learn more about it, you will find that vitamin K2 provides diverse effects for blood vessels, blood sugar, metabolism, immune cells, kidneys, liver, mitochondria, and repair processes and more. Vitamin K2 is needed for all ages.

Vitamin K, a fat-soluble vitamin, was first discovered in 1935. It was first identified as affecting coagulation or clotting pathways. Many discoveries have occurred since that time with the identification of different forms as vitamin K1 and vitamin K2. Differences occur with structure, absorption rates, locations in the body, and bioavailability. Vitamin K1 is a phylloquinone. Vitamin K2, as MK4 and MK7, are menaquinones. The focus of this article is predominantly on vitamin K2.

Vitamin K1 primarily contributes to healthy coagulation and is essential for blood clotting. It is found in green leafy vegetables, some plant oils, and lesser quantities in other foods. These include leafy greens, especially spinach, cooked broccoli, asparagus, cabbage, Brussels sprouts, grapes, plums, kidney beans, yogurt, kiwi, avocado, and mayonnaise. Vitamin K1 can be partially converted into vitamin K2 by the gut, but it has great variability from person to person.

Vitamin K2, (MK4) is made by bacterial fermentation in foods. Its main function is to prevent calcium from depositing in the lining of blood vessels. It is found in the fermented Japanese food natto, various hard (Gouda, etc) and soft (blue cheese, etc) cheese but its presence depends on the amount of fermentation. It is also found in egg yolk, butter, lard, chicken liver, salami, chicken, sauerkraut, and beef, pork, salmon, and fermented milk/kefir.

Vitamin K3, menadione is synthetic vitamin K. It is banned by the FDA due to harmful effects on the liver.

Daily intake for vitamin K1 and K2 is 90 mcg – 120 mcg for adult women and men. Government recommendations will increase the Daily Value in 2020. The new Daily Value intake will be 120 mcg for everyone age 4 years of age and older. The US FDA does not distinguish between vitamins K1or K2 on food labels.

Both vitamin K1 and K2 are an essential cofactor for the enzyme - carboxylase. This enzyme requires vitamin K for blood clotting, bone building, and several other things. There are also proteins called vitamin K dependent proteins (VKDP) that require vitamin K in order to function. One of these proteins is called osteocalcin, which affects bone mineralization. Another protein is matrix GLa protein which is found in blood vessels, bone, and cartilage.

Vitamin K-dependent proteins (VKDP) are required by a vast amount of tissues such as the liver, blood vessels, bones, kidneys, and other parts of the body. These proteins with vitamin K2 regulate the process on how calcium gets laid down in tissues. If vitamin K2 is lacking, then calcium deposits in the wrong places.

Infants and children require vitamin K2 for growth and development of bones. Just like adults, children require adequate amounts of vitamin K2 to activate osteocalcin for bone growth, development and proper mineralization. The composition of today’s diet leaves many children at risk for subclinical vitamin K deficiency. This makes them more prone to fractures as children and teenagers and poor bone quality in adulthood.

A recent three-year study published in 2017 demonstrated that vitamin K2 was very helpful in metabolism in adults. A randomized placebo-controlled human intervention trial of 214 postmenopausal women 55-65 years of age received either a placebo or 180 mcg of vitamin K2 per day for three years. Carboxylated osteocalcin levels were measured, which is the best way to measure vitamin K status. Women who responded the best with increased lab values experienced the most loss of abdominal and visceral fat. They also had improved body weight and metabolism. Vitamin K2 helps inhibit fat cell proliferation as it supports healthy adiponectin hormone levels.

Other interesting findings show that the pancreas is a storehouse of vitamin K2. It works together with osteocalcin to help insulin sensitivity and blood sugar usage in the body. It helps clear glucose from the blood stream when insulin is released and directly supports pancreatic beta cells. Research shows that as little as 10 mcg of vitamin K2 per day helps support healthy blood sugar function.

Just like bones need vitamin K2 to help calcium usage for development, growth and remodeling, blood vessels need vitamin K2, but for a different reason. Vitamin K2 helps keep calcium from depositing in blood vessels, which makes them stiff and inflexible. Stiffness of blood vessels can happen in the heart, aorta, neck, brain, legs and elsewhere along the miles of the circulatory system. Stiffness impairs blood flow and increases the risk for cholesterol deposits to be laid down.

Your kidneys have about 150 quarts of blood filtered through them every day through tiny blood vessels. The little capillaries and blood vessels inside and that run to the kidneys need to be flexible and pliable, not stiff or rigid. If calcium goes in the wrong places in these vessels, just like with the heart blood vessels, function is stressed. Vitamin K2 is required to keep the blood vessels from calcium deposits in the kidneys, which support kidney filtration.

Evidence from a 2013 Canadian study on adults 70-85 years of age without cognitive concerns provided insight on vitamin K levels. Those who had higher vitamin K had better memory recall abilities and verbal recall.

A new February 2019 study expanded on vitamin K2 powerful activities within the brain. Because vitamin K is a fat-soluble vitamin, it is directly involved with a special group of fats in the brain called sphingolipids. These special lipids are needed by nerves cells for proliferation, survival, and diverse functions. Compelling evidence shows a direct correlation with vitamin K levels, cognitive function and performance.

Just think about vitamin K, cognitive function, and Coumadin, the most popular blood thinner for a moment. Recent studies finally acknowledge that, as stated in the 2019 study cited above, “Coumadin/warfarin may have a negative influence on cognitive domains such as visual memory, verbal fluency and brain volume.” How many seniors have dementia (or diabetes, diminished kidney function, or atherosclerosis) that worsened after being on Coumadin? If you have a loved one on Coumadin or you yourself are on this medication long-term, you need to be proactive about your care. Further details are found at the end of the article.

Drugs that interfere with K1 and K2

Statins block the formation of vitamin K2, which is essential for activation of the matrix GLa-protein. If vitamin K2 and vitamin K-dependant GLa-protein are interfered with, then arteries are more likely to calcify. If statins interfere with vitamin K2, it leads to stiff arteries and compromised mitochondria function. How many millions of patients struggle with these side effects and think that they simply have a bad case of heart disease, when the drug-nutrient interference may be grossly contributing to their loss of health?

What About Coumadin and Vitamin K?

The Journal of the Academy of Nutrition and Dietetics in a June 2016 publication found that “most patients (68%) reported being advised to limit or avoid vitamin K-rich foods, particularly green vegetables, 10% reported being advised to aim for stable consumption of vitamin K-rich foods, and 22% did not recall receiving any vitamin K-related recommendation.” Individuals who adhered to the advice of avoiding vitamin K in their diet had as much as 82 percent reduction of it in their diet. That sounds like a slippery slope to vitamin K deficiency.

Clearly, there is a definite gap between what is found in current literature and researchers recommendations compared to what happens in the doctor’s visit. Research from 20 years ago on Coumadin and dietary vitamin K intake referred to acceptable daily intake of 65-80 mcg/day. Research saw that vitamin K intake was helpful. At that time, it was considered “the most acceptable practice for patients on warfarin/Coumadin therapy”.

The trend continues for recommending regular dietary intake of vitamin K. Recent research actually considers the recommendation to reduce or avoid vitamin K while on warfarin obsolete. Experts state “Many patients on warfarin are vitamin K depleted as a result of routine instructions to restrict vitamin K intake in an attempt to achieve optimal therapeutic response. Older recommendations for diets low in vitamin K as appropriate for warfarin treated patients should now be considered outdated.” They go on to say, “the most important advice for patients on warfarin should be to maintain their usual dietary pattern and to report any planned changes in diet or in multivitamin usage. For those with a variable INR response not attributable to any of the usual known causes for instability, a trial of daily low dose oral vitamin K (100 to 200 µg) may be considered, with initially close monitoring of the INR and warfarin dose adjustment to counter unwanted lowering of the INR.”

Other authors concur and suggest that the “long-half life of MK-7 in combination with properly adapted Coumadin doses may result in more stable INR values”.

This is a whirlwind trip through the recent information about vitamin K, especially K2. There is even more literature about its benefits that haven’t been mentioned in this already lengthy article. Once you learn about its need and purpose you see that it is a critical, overlooked nutrient. The fact the US Government is increasing Daily Value recommendations next year provides improved recognition about vitamin K2’s value. If you are on a medication that interferes with vitamin K, then the need for daily replenishment is critical. Spinach and fermented foods like natto are the richest sources of vitamin K1 and K2. These foods are not often consumed by young and old alike. It is likely that you too would benefit by some extra vitamin K2. Your body will be happy that you did.