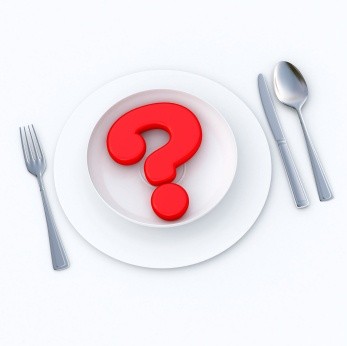 A new Belgium salt study has thrown the American Heart Association and even our Centers for Disease Control into a tizzy. The AHA continually promotes salt as evil and that no more than 1500 mgs should be consumed daily. The new study indicates that healthy people age 40 and over have higher rates of heart disease if they consume a low-salt diet. The fact that the Journal of the American Medical Association1 published the study has elevated the salt debate to a whole new level of noisy discourse – not to mention confusion for consumers.

The next four paragraphs are from the New York Times reporting on this topic:

The study involved only those without high blood pressure at the start, was observational, considered at best suggestive and not conclusive. It included 3,681 middle-aged Europeans who did not have high blood pressure or cardiovascular disease and followed them for an average of 7.9 years.

The researchers assessed the participants sodium consumption at the study’s start and at its conclusion by measuring the amount of sodium excreted in the urine over a 24-hour period. All the sodium that is consumed is excreted in urine within a day, so this method is the most precise way to determine sodium consumption.

“If the goal is to prevent hypertension” with lower sodium consumption, said the lead author, Dr. Jan A. Staessen, a professor of medicine at the University of Leuven, in Belgium, “this study shows it does not work.”

Officials at the CDC and AHA criticized the study for a variety of reasons; however, similar criticisms could be leveled at their own anti-salt studies. The only way this debate would ever be resolved is if people are assigned to a low-salt diet or not and then followed for many years to see what happens. Comically, such a study will never happen because not enough people are willing to stay on a low-salt diet as recommended by the ADA. In other words, they want all Americans to follow advice that they can’t even do a study on because the advice is impossible to follow.

I reported back in 2008 on a study conducted at Albert Einstein College of Medicine2 which found that those with the lowest sodium intake were 80% more likely to die of cardiovascular disease than those with the highest sodium intake. One thing is certain; there is a point of health deterioration with sodium levels, both high and low, reflecting poor kidney function and deteriorating health. Unfortunately, even in people with poor health, the advice to restrict sodium intake can backfire – as has been demonstrated in patients with lung problems causing high blood pressure. Low serum levels of sodium in these patients are highly predictive of impending death, reflective of poor kidney function.

Making salt out to be the bad guy is taking a potential problem out of context. The fact of the matter is that salt is a metabolically activating mineral that is also needed for health. When you get salt, in moderation, to work as a friend instead of as a foe it is a sign of improved metabolic and cardiovascular fitness.

Chlorella – A Superfood for You and the Planet