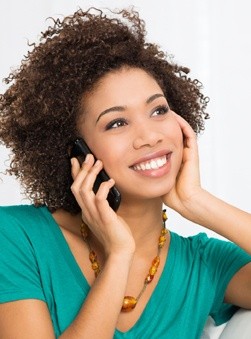 Toxic threats that affect the thyroid come in many different forms. Threats to the thyroid include H pylori bacteria, Epstein Barr virus and other infections, chemical exposures from perchlorates and jet fuel by-products, Bisphenol A and other plasticizers, triclosan - the antibacterial ingredient in soaps and other cleansers, gluten intolerance, and others. There is another danger to the thyroid that is of growing concern across the globe. It is EMF or electromagnetic field stimulus or non-thermal radiofrequency (RF) radiation/microwave radiation.

An increasing body of evidence demonstrates that EMF can negatively affect the thyroid. Wi-Fi, cell phones, and other wireless technology that use EMF are here to stay. In this world of chemical soup and the mad-rush to broaden wireless services across the globe has researchers concerned about EMF impact on health. Their findings indicate we need to protect our thyroid from EMF exposure. It is up to individuals to act as the telecommunication industry and even agencies involved with monitoring EMF impact have failed to inform or protect the public.

Studies on EMF effects on the endocrine system date back to the 1980s and earlier. Because EMF exposure didn’t cause a significant rise in tissue temperature, it was thought to be safe to the human body. Thankfully, research continued evaluating and documenting effects of low level non-ionizing radiation caused by EMF exposure and cell phone use. There is a trail of evidence focusing on its neuroendocrine thyroid effects. EMF impact on health is most concerning for the brain as noted with the rise of several brain cancers. However, due to the thyroid gland’s proximity to the brain and body surface, it is also at high risk.

TSH and Other Changes with EMF Exposure

Early cellular studies identified changes in blood brain barrier permeability and transport of sodium, potassium, and calcium in and out of cell membranes even below maximal “safe” values. Others show an impact on circulatory changes affecting heart rate (fast or slow) and blood pressure. These studies are of interest in thyroid health as muscle cramps and muscle weakness related to electrolytes, changes in heart rates and high and low blood pressure may occur with thyroid dysfunction.

A 2004 human study found changes with thyroid stimulating hormone (TSH) in those who were exposed to over 33 hours per month of cell phone use. A 2005 animal study showed that exposure to EMF 30 minutes per day, five days per week, for four weeks showed suppressed TSH and T4 and T3 levels. Another 2005 animal study showed that extremely low frequency EMF exposure shortly after birth for 7 hours per day, five days per weeks for three months caused significant inflammatory changes to mast cells within the thyroid gland. Mast cells release histamine and are related to many health concerns including autoimmune disorders.

Children and Teenagers at Higher Risk

EMF concerns significantly effects children and adolescents. The current generation and future generations will have a greater lifetime cumulative exposure and risk than adults today. In addition, developing and immature cells in children and teenagers are especially sensitive to EMF/non-thermal radiofrequency (RF) radiation.

The Pediatric Endocrinology Review journal notes that EMF evidence should not be ignored due to increased risk of cancer, blood, and cognitive impairments especially in children. While there are fewer studies, a growing number show EMF negatively impact thyroid function, adrenal hormones, glucose management, melatonin, growth and reproduction in children.

The July 2016 journal BMC Cancer evaluated mobile and cordless phones effects on the brain and thyroid gland as they receive the highest EMF exposure when used. Most concerning to scientists is the increase across the globe of thyroid papillary cancer, the most radiosensitive type of cancer. Researchers used the Swedish Cancer Registry to study the incidence of thyroid cancer during 1970-2013. Progressive levels of papillary thyroid cancer were found in men and women, with a substantial change identified in 2005 and 2006 with continued upward trend since that time. The study’s authors believed that the increase in papillary thyroid cancer is not due to better diagnostic procedures. Rather they were concerned that the increase in non-ionizing radiation (EMF) from wireless technology and other radiation sources like CT scans correlated with the increase in thyroid cancer. They also pointed out that their study did not proved causation, but clearly showed a trend with exposure and disease.

Mood changes and cognitive concerns are seen with thyroid dysfunction. Symptoms may include anxiety, depression, changes in behavior, poor motivation, and memory changes. These symptoms can occur for numerous other reasons, but the correlation to EMF exposure is troubling. The journal Surgery Neurology International has confirmed that EMF exposure affects and may impair the hippocampus or memory center in the brain. The hippocampus regulates emotions, behavior, motivation, and memory functions. The take away point here is that regardless if EMF exposure impairs thyroid or hippocampus function and causes mood and cognitive changes, it is vital to address the cause and to protect health. If you are a health reader or advocate, you will also recognize that hippocampus changes are also related with life-changing neurodegenerative diseases like Alzheimer’s. There is also a significant relationship between Alzheimer’s, thyroid problems, and cognitive decline.

A November 2017 study evaluated Wi-Fi EMF exposure in Swedish schools. Teachers from 18 different schools participated and wore an EMF meter that measured 20 different frequency bands. The highest exposure occurred when the teacher let students stream and watch videos (volume of data) or were located next to base stations for Wi-Fi. Scientists recommended that measures should be taken to minimize children’s EMF exposure. Recommendations included using wired connections, deactivating Wi-Fi access points and placing wireless devices in flight mode when devices were not used for learning.

The most recent 2017 study evaluated healthy medical students in South India on EMF exposure with non-ionizing radiation exposure from cell phones and thyroid dysfunction. Seventy-one percent of the respondents had no family history of thyroid. Usage of cell phones ranged from 30 minutes per day to over 3 ½ hours. Researchers found a significant correlation between total radiation exposure and an increase in TSH levels regardless of family or personal history of thyroid dysfunction.

EMF and its effect on thyroid and health is a worldwide concern. The United States are behind other countries like Sweden and other European countries when it comes to acknowledgement of the issue, but lack of acknowledgement and public concern is a global issue. Several disturbing concerns have been outlined in an August 2017 International Journal of Oncology publication with non-thermal RF radiation or EMF and the lack of acknowledge and protection by the World Health Organization. Non-thermal radio-frequency (RF) radiation or EMF is emitted from mobile phones, cordless phones and other wireless devices when in use and is now considered a ‘possible’ Group 2B human carcinogen.

Also identified were considerable serious conflicts of interests within the organization as several on the WHO Core Group and the board for International Commission on Non-Ionizing Radiation Protection advisory groups are directly affiliated and have financial ties to the telecommunications industries. Despite quality studies and scientists’ efforts to provide information, the research is not acted upon or is downplayed. The paper is worthy of review and is enlightening, concerning, and likely to not be discussed in the media. The International Journal of Oncology expose article cites this scenario like the tobacco industry cover-up with second hand smoke adverse effects. My concern is that EMF exposure is on a much grander scale than second hand smoke, yet more subtle to the average individual and considerably harder to rectify.

This trail of evidence documenting EMF exposure with Wi-Fi and wireless devices affects the thyroid, brain and endocrine system hopefully prompts you to take steps to help protect your thyroid and body from EMF. It is a health care conundrum as illness and dysfunction is harder to identify and medically treat.

Unplugging from the grid, shutting off devices when not in use, keeping devices at least 8 feet away from your head while sleeping, not putting the device directly on your lap while working, and even EMF protection bedding, clothing, or other materials can be very helpful. Check the SAR value on your device to evaluate potential exposure and concern. While texting keeps the device further away from the body than talking on the device, EMF exposure still occurs. Think about it in context of how many hours/texts one sends per day and the fact that the device is often held close to the chest or face when texting.

EMF exposure is linked with lipid peroxidation (damage to fats like cell membranes) increases free radical formation, induces oxidative stress, and damages mitochondria. Increased oxidative stress was found to down-regulate superoxide dismutase (SOD) and glutathione peroxidase (GSH-Px). These are powerful antioxidant systems for the whole body, but especially impact the brain, endocrine (thyroid) and immune systems. Even dental fillings are affected by EMF exposure and may impact the thyroid with mercury-amalgam toxins.

We have a generation that has grown up with cell phones and wireless technology. They sleep with their device next to their bedside, under their pillow for an alarm clock or are inseparable from the technology during the day with texting and conversation. Others use their cellphones and wireless devices for hours at a time for work or other needs. Home and work environments have moved from landlines and analog to wireless technology. Scattered EMF radiation may come from your neighbors Wi-Fi system, city, transit systems, and hospital, college or work campus wireless systems. The extent of EMF exposure has increased substantially in just the last 10 years alone. Thyroid cancer and autoimmune thyroid disorders has also exponentially increased even in young adults.

In the 1950’s, pregnant mothers were given the drug thalidomide to help with morning sickness, anxiety, insomnia, and tension. It was initially thought to cause no problems. The drug was ultimately found linked with major birth defects that led to the revamping of drug regulations before products could arrive on the market. Second hand smoke likewise was downplayed in its impact on health for decades, but is now recognized as a major health hazard. In this similar cycle of downplay or ignorance is bliss within EMF, wireless technology and public health, are we going to follow this similar path? Fortification is the name of the game with 21st Century health challenges - invaluable for the thyroid and the neuroimmunoendocrine system.