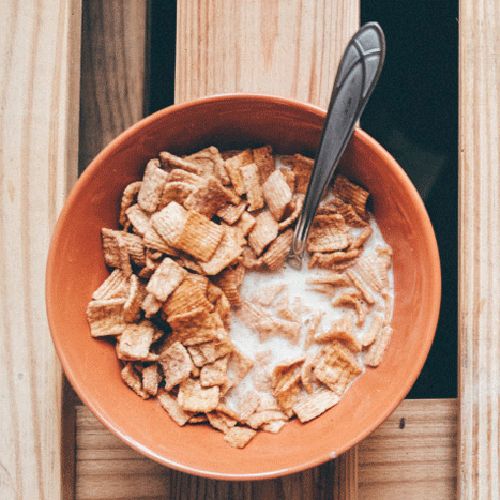 It has been a more than a year since a California jury found Monsanto’s weed killer Roundup a major reason for cancer in a school groundskeeper. Now class-action lawsuit advertisements of Roundup exposure linked with cancer permeate the airwaves. Fall-out from the pervasive use of the toxic glyphosate herbicides like Roundup will undoubtedly continue for many, many years.

Concerns with brain health and depression, neurological development, endocrine dysfunction, and high levels of cellular damage also rank high on the list of adverse effects from this herbicide exposure. In the four decades since glyphosate-based herbicides were introduced, serious concerns continue to manifest.

Global use of these chemicals has led to chronic low-level exposure even if you aren’t directly handling it. Awareness and proactive support must be at the forefront if you are to stay healthy. Here are some recent research snapshots on these concerns.

Glyphosate exposure during pregnancy and infancy is most concerning as it can have life-long consequences for that individual. Various studies have demonstrated that glyphosate-based herbicides like Roundup cause harm to the brain and nervous system. An animal study showed that when pregnant rats were exposed to very low levels of glyphosate in the drinking water, it caused significant oxidative stress to the offspring’s brain. Damage occurred with the hippocampus and persisted into adulthood in the rats. The hippocampus is responsible for memory, emotions, and navigation.

Additional findings included persistent glutamate excitotoxicity, changes in nerve proteins essential for function, and damaged functionality of choline. Glutamate excitotoxicity refers to nerve cells that are damaged or killed by excessive stimulation from glutamate or other compounds. Choline is the backbone of acetylcholine, a neurotransmitter essential for the autonomic nervous system, digestion, memory, learning, balance, etc. These impairments manifested in the adult rats as depressive behavior with poor motivation, lack of interest, sluggish and lazy behavior.

In this first of its kind study, it was determined that “prenatal or infant exposure to select pesticides – including glyphosate, chlorpyrifos, diazinon, and permethrin – were associated with increased odds of developing autism spectrum disorder.” Mothers who lived within 2000 meters or 1.25 miles of agricultural regions that used these herbicides had children with an increased risk for autism spectrum disorders and intellectual disability.

Glyphosate-based herbicides are endocrine disrupting compounds. As the global agricultural industry has shifted to genetically engineered glyphosate tolerant crops, there is greater use of glyphosate herbicides. Scientists around the world are concerned about the ubiquitous exposure and the endocrine system.

Considerable focus has been on reproductive developmental changes and aromatase activity. Aromatase is an enzyme that triggers the conversion of testosterone to estrogen. Glyphosate-based herbicides are able to cross the placental barrier. This adversely affects prenatal cell development and aromatase-estrogen dominance connection. Even at very low levels below the recommended safe level, the herbicides disrupt endocrine function for human reproduction and development. Zinc, green tea extract, mangosteen, grape seed extract, and quercetin may aid healthy aromatase function.

Glyphosate endocrine research has expanded its focus to include thyroid metabolism. In a recent study, pregnant rats were exposed to glyphosate during gestation to five days after birth. Male offspring were subsequently evaluated on several thyroid hormone measurements that affected the hypothalamus, pituitary, and thyroid gland and communication feedback system (HPT axis).

The offspring exposed to the herbicides during pregnancy experienced changes in the normal metabolic set point in the HPT axis. Impaired function occurred with the hypothalamus and pituitary communication loop to the thyroid.

This resulted in lower TSH levels, unusual changes in the thyroid receptor genes, and impaired functionality of thyroid hormone transporters which caused an uncommon form of hypothyroidism.

There were no changes toT3 and T4 levels, which was also unusual. Low thyroid function occurred because of the disruption to the HPT axis communication feedback loop, not because of thyroid gland failure.

This pattern is different than hypothyroidism when the thyroid gland fails, which is seen with increased TSH levels with low T4 and low T3 levels. This should raise questions for you with your own glyphosate exposure if you have symptoms of diminished thyroid function. Removal of the toxic exposure and optimal nutritional reserves are integral.

Protective Nutrition is a Necessity

Survival in this toxic world takes more than wishful thinking or turning a blind eye to it. In the last four decades, Monsanto’s glyphosate-based herbicides have gone from introduction into the market to the most used herbicides on the planet. It is a toxic threat to all living creatures, with the unborn, newborn, and young children as the most vulnerable. We must take action with choices in exposure to the products ranging from home lawn and weed care to more vast applications used with farmers, agricultural, and other environmental applications.

Healthy nutritional choices are required to ensure detoxification and protection from toxic effects. Along with a diet rich in cruciferous vegetables, fiber, and richly-colored fruits and vegetables, the nutrients resveratrol and NAC offer excellent protective support for detoxification.

The journal Toxicology Research January 2019 reported on resveratrol’s effect on glyphosate exposure. Resveratrol, a polyphenol produced in grapes and blueberries, is a powerful anti-aging antioxidant. In addition to its support for heart health, cholesterol metabolism, blood sugar, and fat burning effects, it has many other benefits.

In the study, animals that were exposed to very low levels of glyphosate-based herbicides were given resveratrol and they experienced very positive health benefits. Initially, herbicide exposure caused depleted glutathione levels in liver, kidneys, heart, brain and blood along with high levels of malondialdehyde or MDA which indicates high oxidative stress to cells.

The animals that were given resveratrol recovered from the toxic exposure. Resveratrol supplementation prevented oxidative stress and decreased the tissue damage from the toxic chemicals due to its beneficial effect as a powerful antioxidant. Consider resveratrol a helpful tool in the war against glyphosate exposure.

Adult intake of resveratrol may range from just a few milligrams obtained from your diet to as much as 2000-5000 mg per day. Note that just like many nutritional compounds, there are quality concerns. Trans-resveratrol is the most active, pure form of resveratrol. Make sure you read your product label. If it only says resveratrol, it is not trans-resveratrol.

N-acetyl cysteine or NAC is an essential tool for protection against chronic low-level glyphosate-based herbicides. A 2019 animal study tested NAC’s effect on herbicide induced oxidative stress and tissue damage. Like the previous study, rats exposed to chronic low-level exposure of the herbicides had tissue and organ damage with high levels of oxidative stress. Animals given NAC bounced back from the toxic injuries caused by glyphosate-based herbicides. NAC is a powerful free radical scavenger and is a major component of the master antioxidant system related to glutathione. NAC supports liver detoxification, neurological health, the immune system and more.

Health often ebbs away slowly before your very eyes. When enough injury or tissue damage has occurred, then a diagnosis occurs. Whether it is macular degeneration, cataracts, diabetes, obesity, cancer, heart disease, degenerative joint disease, hypertension, or whatever the disorder, the decline in health of your body starts with chronic low level insults that erode away at structure and function.

There is no doubt in my mind that chemicals like glyphosate-based herbicides add to the oxidative, toxic stress burden to your body. You must be more proactive today with you and your family’s health than ever before. Consider the addition of Daily Detoxify , Daily Protector Eye & Immune, and/or Resveratrol Ultra 500 to your nutritional regime.

Here are some additional articles to peruse and empower yourself.

Monsanto’s Toxic and Mutate World – Is Sugar Safe to Eat?

Is Resveratrol the Fountain of Youth?

Endocrine Disruptor Compounds and Your Hormones