Taking Q10 for a Test Drive – Is Ubiquinol Better? 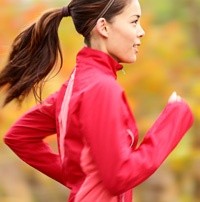 Recently consumers have been greatly confused over the type of Q10 that is best to take. A new form of Q10 called ubiquinol has entered the marketplace, a form that may offer some advantages for some people. However, several companies have been making unsubstantiated claims of superiority that appear driven more by sales than science, making consumers wonder if the Q10 they are taking is any good.

It all started with an article “Has Your CoQ10 Become Obsolete?” The article relies on unpublished studies conducted by the only maker of this form of Q10 (Kaneka Corporation) and one animal study funded by Kaneka to construct an exaggerated theory of superiority for a little-tested nutrient – clearly for the purpose of seeking to sell that form of Q10.

The myth has been carried further by another supplement company selling this product that is claiming that anyone over the age of 25 should only be taking ubiquinol. The owner of this company states that yellow Q10 is oxidized – implying inferior. He then goes on to claim that 95% of the studies in the scientific literature were done with ubiquinol – which is not true.

The message from both companies is the same. In essence, you are a fool if you don’t buy the much more expensive ubiquinol form of Q10. Is this correct? Is ubiquinol worth the extra price?

A Brief History of Q10

Coenzyme Q10 has been around as a dietary supplement for 35 years and has amassed an impressive array of science. It has been shown to offset factors relating to aging, support cardiovascular health in multiple ways, enhance immune function, boost energy, act as an antioxidant and anti-inflammatory, help nerve function, improve muscle function, and assist metabolism of fat. Almost all of these studies were conducted with the “older” form of Q10, showing significant improvement on doses ranging from 100 mg – 300 mg per day, even in very difficult metabolic situations.

I have reviewed this body of science in two other Q10 articles that you may read if you would like more information:
Q10 Boosts Energy, Nerves, Muscles, & Metabolism
Coenzyme Q10, Statins, and Heart Health.

When I started taking, as well as selling Q10 twenty years ago, we had 30 mg doses, because it was so expensive. Today, you can get 100 mg capsules for less than the 30 mg products of years gone by.

There are a handful of companies that make pharmaceutical grade Q10, as the nutrient was a prescription in Japan until a few years ago (Kaneka is one of these companies). When Japan decided a few years back to make Q10 available over the counter the price of Q10 skyrocketed, as there was not enough supply to meet demand. Enter the Chinese, who began making Q10, in turn breaking the stranglehold a few companies held on Q10 prices.

I have always purchased my Q10 from the Japanese high quality companies, not really trusting the Chinese to make the nutrient to the same standards of a prescription compound. However, the Chinese sure did everyone a favor by driving the price down.

In response to this, Kaneka came out with the ubiquinol form of Q10, in an effort to regain control of their lost Q10 market and have a product that would be unique compared to other high-quality producers of Q10.

There are indeed two forms of Q10. Ubiquinone is the form of Q10 that has been around a long time as a dietary supplement. It is true that it is an oxidized form of Q10, but that description used in a way to give an inferior connotation is technically untrue. From this point on I will refer to it as energy-Q10. Ubiquinol is the reduced form of Q10, which means it is able to deactivate free radicals1 whereas energy-Q10 does not. From this point on I will refer to ubiquinol as antioxidant-Q10.

The first thing to understand about these two forms of Q10 is that they are kept in a state of balance with each other. This means that if you take either form of Q10, some of it is readily converted to the other form to maintain this condition of equilibrium.

The next thing to understand is that it is incredibly easy for your body to convert energy-Q102 into antioxidant-Q10, which happens within a few hours of consuming it. Within six hours 100 mg of energy-Q10 raises the level of antioxidant-Q10 by 80%, 200 mg raises it 150%, and 100 mg three times a day raises it 400%. This study also proved that the balance between the two forms of Q10 taken maintained its equilibrium.

The reason I call the older form of this nutrient energy-Q10 is because it is the form of Q10 that is used in your mitochondria3 to make energy. Not surprisingly, this rather simple and important fact is omitted by those trying to push the more expensive version. Furthermore, this energy-Q10 is turning out to be a major cell communication regulation molecule, as it has been shown to significantly activate over 694 different genes4! This includes the reduction of the primary inflammatory gene signal, NF-kappaB5. The energy-Q10 form also enables you to activate uncoupling proteins6 when you exercise, increasing the amount of fat you can burn off. Hardly an inferior substance.

The truth of the matter is that your body needs both of these forms of Q10 for different purposes. They even occupy different places in your cell membranes7. When energy-Q10 is not in use within cells to make energy, it can be found in the middle of the lipid bilayer of the cell membrane. Antioxidant Q10 permeates through the entire lipid bilayer, so it can protect the cell and cell membrane from free radical damage, while also helping to recycle vitamin E and C to keep them active as antioxidants. Antioxidant-Q10 protects your energy-producing mitochondria from free radical damage, thus indirectly supporting energy production.

What is interesting about the new antioxidant-Q10 is that it may have advantages in metabolic situations of significant free radical distress – after all it is the form of Q10 that is the antioxidant.  A new study also shows that the antioxidant-Q10, like energy-Q10, has anti-inflammatory properties9.

Taking Q10 for a Test Drive

I have been watching this Q10 issue for the past several years, trying to understand if the antioxidant-Q10 had any advantages – and enough advantages to warrant the cost. Over the past four months I’ve been conducting an anecdotal experiment on myself to see which form of Q10 I like the best.

My test method was to take Q10 before I exercise, paying attention to energy, oxygenation, and fat burning. I used three different types of Q10. One is a plain powder of energy-Q10. Another is an energy-Q10 suspended in limonene oil that makes it completely soluble and crystal free. Fat-soluble Q10 molecules are known to clump together during production and their high molecular weight can make plain powder harder to absorb, especially in higher doses. And the third was an antioxidant-Q10, also using the same advanced crystal-free technology.

I generally run six miles, three to four times a week (I’m 54, healthy). I found a dose of antioxidant-Q10 that I could tell a dramatic difference in energy, oxygenation during running, and metabolic response. That dose turned out to be 500 mg – higher than most people would take (Q10 is typically taken at the dose of 100 mg – 300 mg per day).

To make a long story short, I found that a dose of 800 mg of energy-Q10 with the crystal-free technology produced a very similar energy, oxygen, and metabolic response to the 500 mg of antioxidant-Q10.

I found a dose of 1000 mg of plain powder energy-Q10 was very good, but could never re-create the feeling I get from either of the products using the crystal-free technology, even when taken up to 1500 mg. This is most likely due to a reduced ability to absorb the higher molecular weights of this basic form of Q10 in such a large single dose.

These amounts of Q10 were taken all at one time, 10 minutes before running.

I must say I got in much better shape as the months went by!

My conclusion is that I like both forms of Q10. If all the Q10 products were exactly the same price per mg, I would take the antioxidant-Q10. I think it does work a little bit better, but in the comparison of identical absorption-enhancing crystal-free products, the antioxidant-Q10 seemed to subjectively work about 60% better, and costs about 75% more. The antioxidant-Q10 product I used was more than twice as helpful to me as plain powder energy-Q10, and costs three times as much.

The older and less expensive Q10 is going to be just fine for a lot of people – and because of the competition it is at the best price it has ever been – which is a real deal. Remember, a majority of studies showing Q10 benefit were done with this type of Q10 in doses ranging from 100 mg – 300 mg. There is no question that the absorption of any form of Q10 can be enhanced by a system that makes the Q10 more soluble, and these more expensive forms of Q10 are nice to use.

I’ve made the decision to offer all three products to my customers. I've even reduced the price of antioxidant-Q10 using the crystal-free technology to make it more affordable for you to try. Time will tell which Q10 product is preferred. The bottom line – Q10 in any form is a great dietary supplement for your health.