Super Form of Vitamin B12 - Adenosylcobalamin 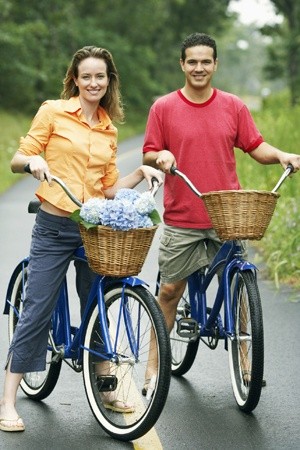 To most people, vitamin B12 is all the same. But in reality, there are four primary forms of vitamin B12. These forms have several important distinctions and functions in the body. This is in particular for the adenosylcobalamin form of vitamin B12. This very unique form of vitamin B12 plays a critical role in mitochondria, methylation tolerance, myelin formation, and neurological health and it may be lacking in your diet.

Four Forms of Vitamin B12


The four forms of vitamin B12 are cyanocobalamin, hydroxycobalamin, methylcobalamin, and adenosylcobalmin. Cyanocobalamin is the most popular form found in vitamin enriched foods and low quality nutritional supplements. It is a synthetic form of vitamin B12. The cobalamin portion is attached to a small fraction of cyanide. Yes, you read that right. Cyanocobalamin must be detoxified, i.e. the cyanide must be cleaved off and the cobalamin portion must be attached to something else if it is going to work. This creates extra work for the body. When absorbed, it is used to build red blood cells and is involved with neurological development and brain health.

Hydroxycobalamin is often used to detoxify cyanide poisoning. It may be used to help with methylation defects. Smokers or others exposed to cyanide in their occupation may find this form very helpful.

Adenosylcobalamin Vital for Metabolism and Mitochondria

Adenosylcobalamin plays a vital role in carbohydrate, fat and protein metabolism. The mitochondria depend on the breakdown and burning of these food types in order to make energy. Without this form of vitamin B12, burning these food substances becomes inefficient. This causes elevated lactic acid, exercise intolerance, fatigue, pain, mitochondria problems, and other errors of metabolism. In more serious circumstances, it can lead to the metabolic acidosis just mentioned.

There are metabolic lab tests through blood and urine that identify specific adenosylcobalamin insufficiency problems. Individuals who have elevated lab levels of methylmalonic acid or MMA (also known as Vitamin B12 non-responsive disorder), and/or elevated homocysteine levels may benefit. This MMA mutation may be silent and without symptoms, it may be active and present later in life, or it may affect the individual at birth. Elevated homocysteine levels are more common and are often tested by knowledgeable health care providers. Methylation profile tests and commercial genetic testing may also be helpful. Adenosylcobalamin supplementation can help support these metabolic road blocks. One can simply try Wellness Resources multiple vitamin without these lab tests to see if their energy perks up and they feel better. If you have complex problems, then these labs may help provide great clues.


The synthesis of myelin is a vital benefit and function of adenosylcobalamin. Without sufficient adenosylcobalamin, myelin degenerates. Myelin is the fatty sheath or layer of insulation that surrounds nerves in the brain and body. This fatty sheath allows nerve signals to travel at lightning speed. When myelin is damaged or this layer of insulation is not present around the nerve, the nerve signals travel much slower, like dial-up internet speed.


There is another factor that makes adenosylcobalamin important. It has to do with methylation defects.

At least one in two individuals has one or more genes affected by methylation defects. Methylation is a process that requires active or methylated forms of B6, B12, and folate along with several other nutrients in order to fully work. If you have this genetic defect, synthetic or non-active forms of B12 and folate (Vitamin B9) will dampen and inhibit function of this methylation pathway. Synthetic B12 is cyanocobalamin. Synthetic vitamin B9 is listed as folic acid. Folate is the natural, active form found in plants and methylated folate, like Quatrefolic.

In order to bypass this methylation gene defect, methylated B12 (methylcobalamin) and methylated B9 (folate or Quatrefolic) are key nutrients which interact well with adenosycobalamin. In some circumstances, practitioners may recommend higher separate doses of methylcobalamin such as 2,000 mcg to 10,000 mcg or more. This often helps most individuals, but sometimes another gene defect in this methylation pathway causes a poor response to the separate high-dose methylcobalamin.


The gene defect that can cause buildup of stimulatory neurotransmitters affected is the COMT gene Val/Met SNP (SNP is pronounced snip). COMT refers to Catechol O-Methyltransferase and is a gene enzyme that detoxifies neurotransmitters that are excitatory or stimulating. The methylation pathway requires the COMT enzyme to be intact. COMT gene activity is within the methylation pathway. The methylation pathway is like going from point A to point D. You have to go thru points B and C first to get to point D. If this enzyme is genetically mutated somewhere between points B and C, then taking high doses of separate methylcobalamin may be problematic. This makes the person feel restless, anxious, or may trigger headaches or insomnia. In order to get around the COMT SNP or gene mutation, one can use adenosycobalamin and lower doses of methylcobalamin. It helps down regulate and detox the build-up of stimulatory neurotransmitters that leaves a person feel wired, overstimulated, or wired with over-methylation.

This coenzyme form of vitamin B12 is an unsung hero and has far reaching effects when not adequate or present. Daily Energy Multiple Vitamin includes both methylcobalamin and adenosylcobalamin to cover all the bases and truly support energy production, mood, and nerve health. Have you checked your multiple vitamin or B12 supplement lately to see what is in yours?