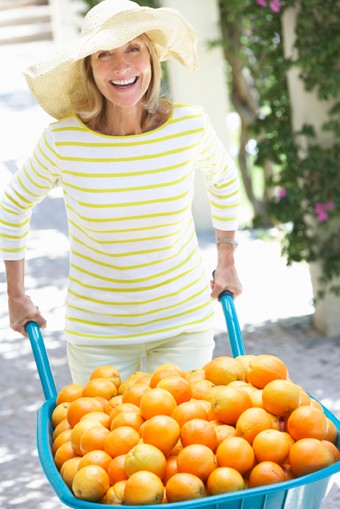 Serotonin is one of the body’s most powerful neurotransmitters, deeply involved with vital functions throughout the body. Although serotonin has been studied for decades, it impacts many areas of health and remains mysterious. Several nutrients, healthy gut, and methylation are critical to serotonin production and function. Imbalances in any of these areas can disrupt health and lead to poor mood, sleep issues, and more. Keeping your gut flora and nutritional status optimal goes a long way to keeping serotonin levels balanced in the brain and body.

If serotonin is out of balance and lacking, you may feel sad or down for no reason, not enjoying life, or have feelings of inner rage, unprovoked anger or paranoia. Worry, anxiety, fear, phobias, obsessive compulsive, rumination, impulsiveness, and self-destructive thoughts or actions may occur. You may feel overwhelmed or have lost interest in hobbies, favorite activities, foods, friendships, and relationships.

Sleep problems, light sleep, increased pain sensitivity and headaches may be experienced. Craving and use of sugar, carbohydrates, alcohol, or marijuana may occur. There may be dislike for cloudy, rainy days or feeling worse when daylight hours are decreased.

A recent article identified that the neurotransmitter acetylcholine is more than just a memory neurotransmitter. Just like acetylcholine, there is much more to serotonin than mood. Serotonin is also directly involved with gut health and function. In fact, more than 90 percent of serotonin in the body is found and produced in the intestinal tract. The remaining 10 percent is produced in the brain. Serotonin in the digestive tract regulates appetite, gut motility and bowel movements. Serotonin function is involved with bone health, heart health, blood platelets, kidney function and sodium regulation. Immune system signaling with T-cell, mast cell, macrophages function and immunomodulation use serotonin. This mysterious neurotransmitter also affects the thyroid gland.

Serotonin helps stimulate thyroid cells or thyrocytes to work. It activates thyroid cell survival and apoptosis or cell death in the thyroid. Imbalances of serotonin in the brain affect thyroid hormones and can be a hidden cause of thyroid symptoms when thyroid lab tests are in the normal range. Impaired serotonin levels cause lower TSH and T3 levels. Ideal TSH levels are between 1.8 -2.0. A TSH score below 1.0 may be related to insufficient serotonin function. The serotonin-thyroid connection lies behind the depression that often occurs with dysfunctional thyroid function. Other symptoms of poor thyroid function may include weight gain, carbohydrate cravings, and constipation, etc. The problem is not the thyroid gland or lack of essential thyroid nutrients, rather the lack of serotonin signals causes the thyroid symptoms.

Serotonin plays a fundamental role in the link between the brain and the gut. Serotonin is used to communicate between receptor sites in the brain and gut. This connection is a two-way system known as the brain-gut axis. This crucial pathway starts development during pregnancy and then relies heavily on inoculation of beneficial flora with vaginal delivery and breastfeeding after birth and during infancy. During childhood and throughout one’s lifespan, diversity of healthy gut flora for brain-gut axis function is required.

Health is about keeping optimal function and quality of life as much as possible. A key area of this relates to serotonin and the brain-gut axis. If you can relate to the thought mentioned earlier – “I have a great life, but I am not enjoying things”, work on these various areas to naturally support healthy serotonin production.